Clean Bandit Surprised With Platinum Awards For “Rather Be” 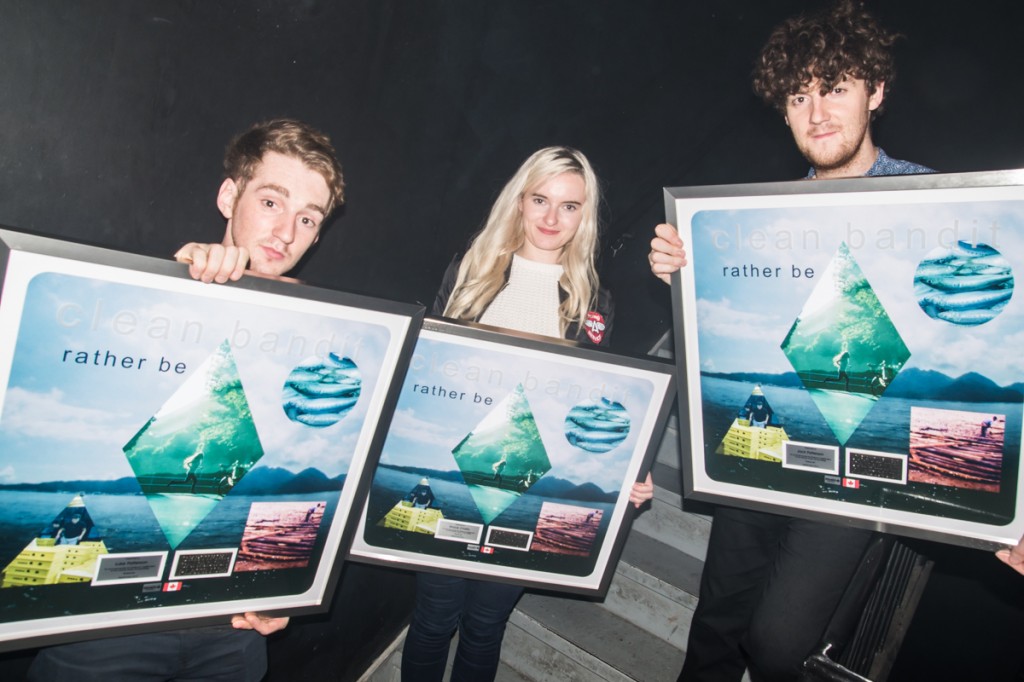 During a stop in Toronto for a sold-out show at The Virgin Mobile Mod Club, rising UK electronic act Clean Bandit were presented with Canadian Platinum Digital Download award plaques for their single “Rather Be”, from their debut album New Eyes (Warner Music Canada). The show marked the beginning of their first-ever North American tour and was also the only stop in Canada. In January 2014, “Rather Be” became the fastest-selling single of the year in the UK and in February became the most streamed song in a single week on Spotify UK with 1.09 million plays, surpassing Daft Punk‘s record for their hit “Get Lucky”.

You can watch the official video for “Rather Be” below: