The Rambler by Graham Henderson: Thoughts on Minister Melanie Joly’s speech to the Economic Club of Canada

This article was originally published on www.grahamhenderson.ca

On 9 June 2016, Minister of Heritage, Melanie Joly addressed the Economic Club of Canada on the topic of “Canada’s Culture Dividend: The Creative Sector As Economic Driver.”  I believe this was her first public, policy-oriented speech and it is significant that she chose the Economic Club as the venue.  As a sponsor of the event, Music Canada was afforded a podium opportunity to thank the Minister and reflect on her remarks.  Before we get to what I said then, I will draw attention to a few important aspects of her speech. Unfortunately, and for reasons I do not understand, this important speech has not yet been published by the Minister’s office, so I cannot link to it.  An official request has been made by Music Canada. 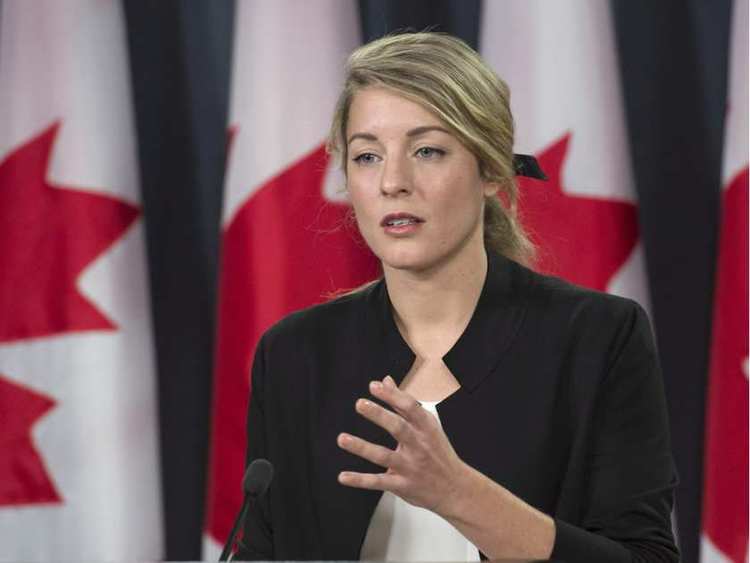 The Minister put on a bravura display which showcased an extraordinary grasp of a complex topic.  Clearly much thought had gone into what she said.  She was conversant with all of the facts and figures and conveyed the important message that culture is big business in Canada.  She noted that government support for the arts should not just be about funding – that funding was only part of the answer.  She bluntly stated that cultural policy in Canada needed a “new toolbox.” and pledged to create it.  This is one of the most prescient and important undertakings that any Heritage Minister in memory has made, and with a mandated review of the Copyright Act coming in 2017, it will be very interesting to see how the Minister intends to put her words into meaningful action.

There was one interesting moment in the event that actually took place during my remarks.  I was in the process of discussing the music industries transition from an analogue to digital economy. I had pointed out the extent to which we had embraced this evolution but then remarked that the Government needed to work together with the creative community “to ensure one critical result: appropriate remuneration of artists for their work.” This drew a veritable storm of sustained applause that even surprised me – I hope this is something the Minister and her staff noticed.

For all of the positives in her speech, there were some very surprisingly sour notes. The entire literary world was completely ignored; a fact that drew a measured but forceful rebuke from a member of the audience during the question and answer period. A question from a member of the fashion industry about whether or not the Minister considered fashion design to be a part of Canada’s cultural mosaic was met with what amounted to a flat out “no”. It is hard to understand why, say, videos games are considered to be “cultural” products but fashion designs are not. A question about just how substantive the government intended its mandated 2017 copyright review to be was met with a surprisingly inchoate response.  I would have thought that a Minister of a government in search of a new “toolbox” would have responded to that question with an emphatic “We intend our review to be VERY substantive.”

Overall it was a very satisfying speech which introduced the cultural community to a Minister with vision and passion who clearly desires to cast herself in the role of a champion.

Now, as to my speech, I spoke extemporaneously from bullet points and notes scribbled during the Minister’s speech.  What follows is the transcribed text of my remarks with a few amendments to clarify grammar!

I’m Graham Henderson. I’m from Music Canada, and it’s my honour to thank the Minister and offer some brief thoughts on her remarks.  I guess if I had been asked to do a formal review, I could do it in one word: “wow.” Minister Joly, you managed in a very short period of time to demonstrate your grasp of the importance of the cultural industries to our economy. I won’t go into all of the economic details – we are all familiar with them: for example the fact that culture represents 3% of our GDP. This amounts to a 55 billion dollar contribution to our nation’s GDP each year.  But beyond this, thanks to pioneering work being done by Music Canada, we now understand that culture’s contribution to our society is so much more complex.  Music for example has an enormous impact on the quality of life in our communities. And, as you recognize, government contributions to this sector represent an investment, and not just a financial outlay – there is an enormous return on that investment.  Additionally, as you have observed, culture is a key component of “Brand Canada.” In many respects culture is a gift to the people of Canada, and we are not doing enough to incorporate it into Brand Canada, and celebrate it around the world.

I was also very, very pleased to hear your call for more investment from business in the cultural sector. Also I was pleased by your references to and emphasis on the humanities.  The humanities underpin everything that we do, and actually, are under threat here and around the world. As you probably know, Republican governors across the United States are calling for the removal of state funding for students seeking an education in the humanities. Here in Canada the last Government financially supported an excellent STEM initiative called “Let’s Talk Science.” Well, in response to the comment that you made about the importance of the humanities, perhaps your government could introduce a program called “Let’s Talk Humanities;” a program geared to interest our young people in an education in that sector and turn STEM into STEAM!

This year is a good year for music. It’s the first year in almost two decades that there has been an uptick in our revenue picture. Global growth is up three percent. Music consumption is exploding, particularly through the streaming services. This is great news and it reflects an industry that is adapting to the rapid transformation of technology.  However, it requires us to continue to work together to ensure one critical result: appropriate remuneration of artists for their work.

I think everyone in this room looks forward to working with you in the coming months on the legislative review of the Copyright Act. This must not be a pro forma review. This needs to be meaningful. We have fourteen years of experience to guide us.

Now, in concluding, I am going to do something I always try to do whenever I’m speaking in public! I try to work in some of the ideas of my favourite poet, Percy Bysshe Shelley, which I’m going to do now. In this case, given some of the things the Minister has said, I think it’s exceedingly appropriate. 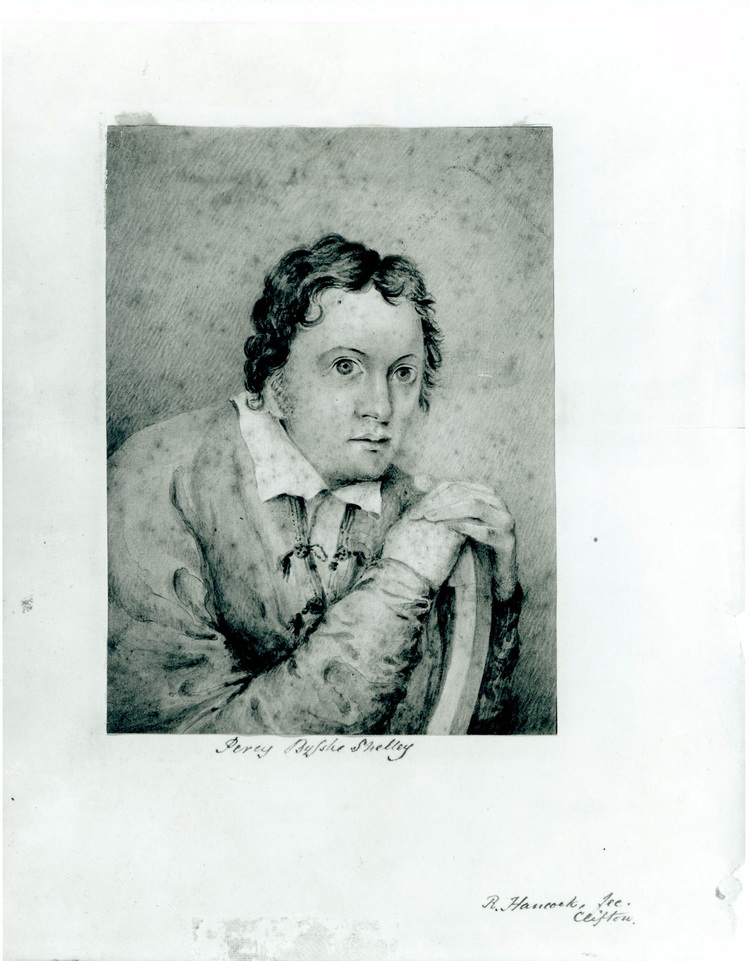 Sketch of Shelley drawn by Edward Ellerker Williams. 1821-22. In my view the only extant image that captures the man.

Shelley wrote a defence of creativity almost two hundred years ago to which he gave the title “A Defence of Poetry.” When Shelley wrote this, he was responding to a pointed attack on poetry itself, but I like think of the essay as a defense of creativity in general.  In it, Shelley lists some of the important contributions of science and economics, but he then goes on to say,

“…it exceeds all imagination to conceive what would have been the moral condition of the world if neither Dante, Petrarch, Boccaccio, Chaucer, Shakespeare, Calderon, Lord Bacon, nor Milton, had ever existed; if Raphael and Michael Angelo had never been born.”

And this feeds in directly to his conclusions.  Shelley writes:

“Poets are the hierophants of an unapprehended inspiration; the mirrors of the gigantic shadows which futurity casts upon the present; the words which express what they understand not; the trumpets which sing to battle, and feel not what they inspire; the influence which is moved not, but moves. Poets are the unacknowledged legislators of the world.”

When Shelley speaks of “poets,” I believe here he means creators; and when he says they are legislators, he doesn’t mean they’re lawyers, he doesn’t mean they’re necessarily politicians. What I think he is saying is that creators predict our future, they underpin our future, and they create a framework for our future. And this is why I am excited about what Minister Joly has said.  The Minister intuitively understands this. The Minister sees that creators are deserving of our respect and protection.  I am so glad to see that we actually have with us an elected legislator who sees that it is our poets who are the true legislators of the world.