Canada’s music market is in transition. Every year, more Canadians buy and enjoy music online and on mobile devices.

This is a greenfield opportunity! 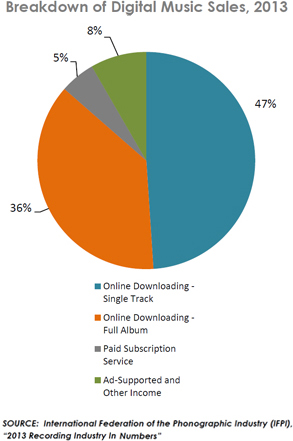