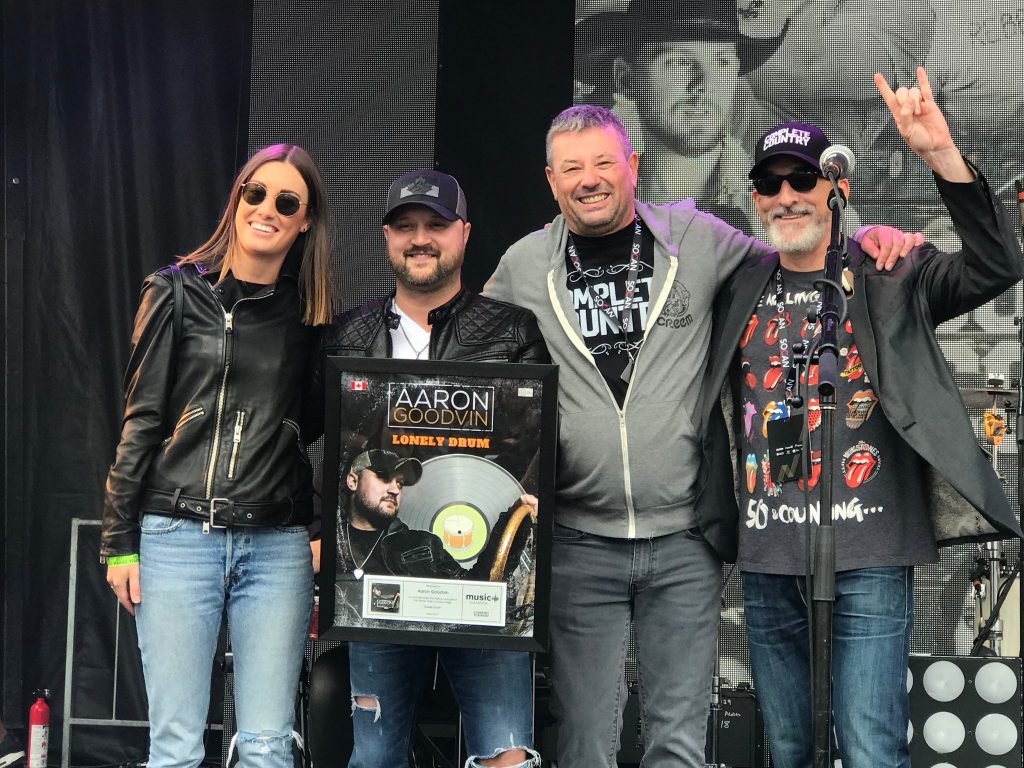 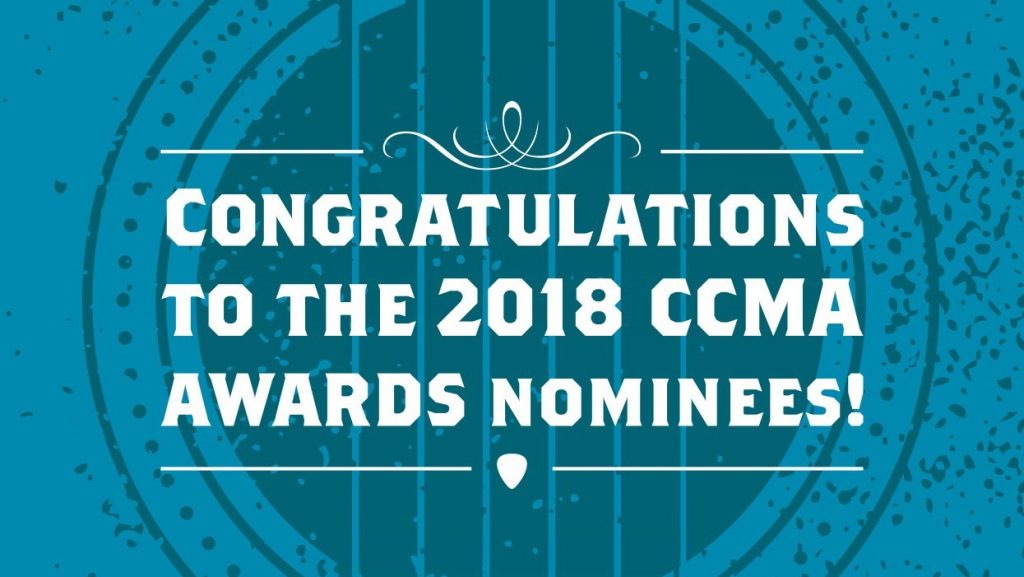 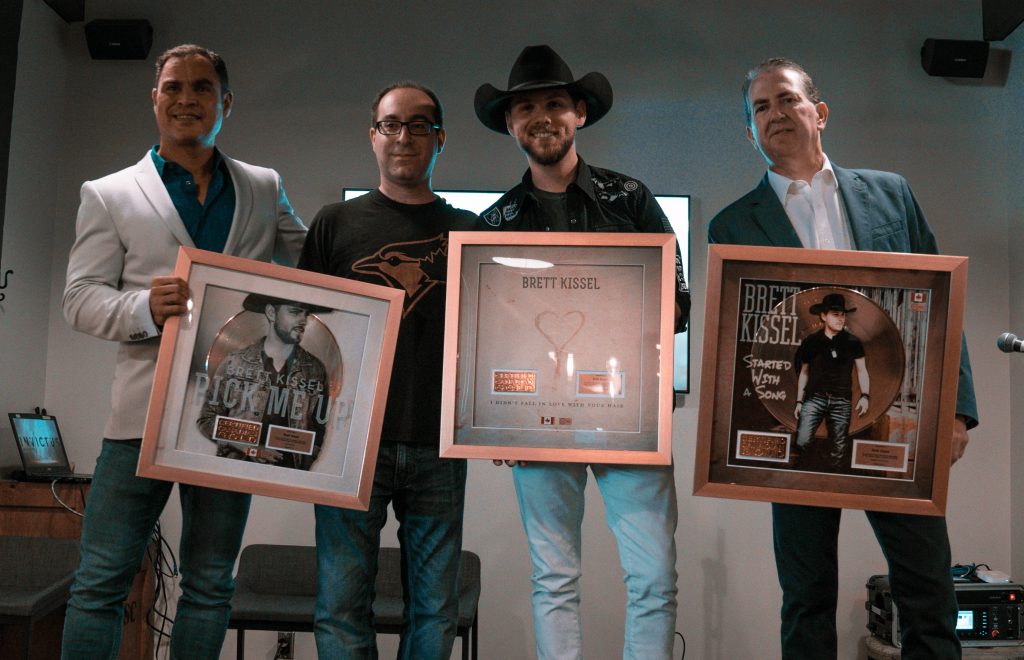 “Today’s announcement signifies a pivotal moment in Canada’s evolving digital music marketplace,” says Graham Henderson, President & CEO of Music Canada. “By accepting on-demand streams for track certifications, Music Canada can continue to acknowledge the success of Canadian and international artists, as well as the subscription-based streaming platforms currently thriving in our market. The new Single Award helps maintain the integrity of our Gold/Platinum program, which has historically recognized the active choice consumers make when building their personal music libraries.”

“We are thrilled that Music Canada is now accepting streams with its new Single Award,” says Steve Kane, President of Warner Music Canada, who presented Kissel with his plaque for the Gold Single ‘Airwaves’ at Saturday’s CCMA FanFest. “Canadian music fans have welcomed the arrival of streaming subscription services with open arms, and are now consuming more music than ever before. We are excited to honour new milestones for our artists who have flourished on this new path, and whose fanbases continue to grow as streaming increases in popularity.”

The new Single Award will combine on-demand audio streams from subscription services with digital download and CD single sales. Streams can be used toward certification using a conversion formula of 150 streams equaling 1 unit towards certification. This 150:1 ratio is consistent with other major global counterparts. Streaming data from YouTube/VEVO videos will not be accepted towards certification upon launch.

The Single Award launch also coincides with the reveal of new bilingual branding for the program, which has certified over 16,000 releases in its 41-year history. 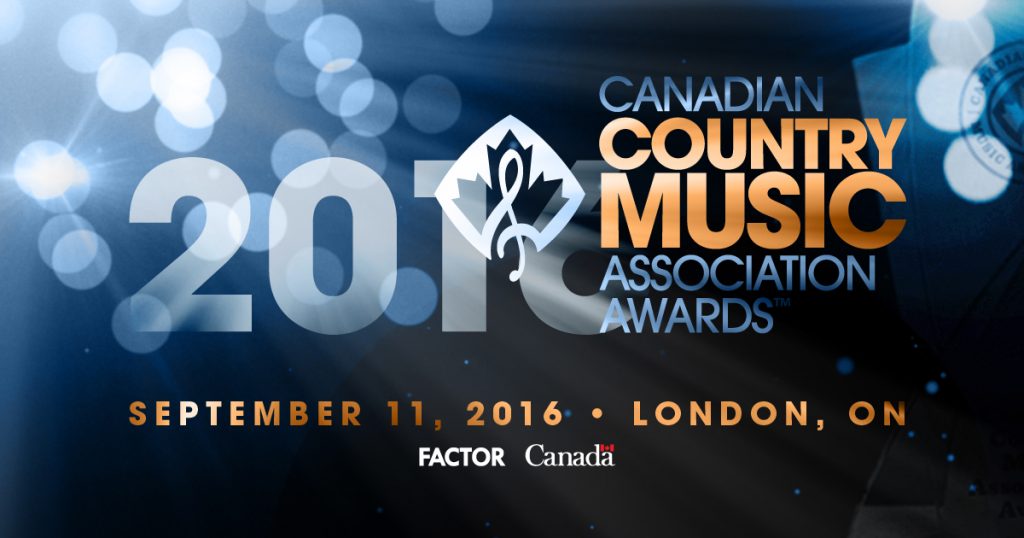 Yesterday, London Mayor Matt Brown delivered his 2016 State of the City address to the London Chamber of Commerce, which outlined a number of initiatives aimed at moving London forward.

Among the initiatives aimed at benefiting London’s culture and tourism sector, Mayor Brown cited the City of London’s Music Strategy.

“We set a goal to become a Music City and this began to take shape in a big way this year,” said Brown. “To lead the way, the City of London developed a Music Strategy that will make London a Music City and a music attraction.”

The event kicked off with a performance from Canadian country music artists Autumn Hill, a nod to Country Music Week and the Canadian Country Music Association Awards, which London will host for the first time this fall. The pair of events are expected to directly benefit the local economy with the booking of approximately 2,000 hotel room nights and an anticipated economic impact of $6-8 million dollars. The CCMA & JUNO nominated duo performed acoustic versions of their hits ‘Anything At All’ and ‘Blame’, which were a highlight for many in attendance.

#LDNOnt 2016 off to a great start! @AutumnHillMusic & @MayorMattBrown at the #SOTC16. Lots of amazing #music ahead pic.twitter.com/9WpXcbGqwN

@AutumnHillMusic performance at the 2016 City of London State of the City #SOTC2016 pic.twitter.com/uXSrKBXGxa

Enjoyed the London Chamber breakfast but without a doubt the best part was a couple of songs by @AutumnHillMusic pic.twitter.com/YfvK3TPfEf

Mayor Brown also referenced live music in regard to plans to reinvigorate London’s downtown core. The Downtown Plan builds on the success of previous investments in Budweiser Gardens, the Covent Garden Market, and Central Library, and looks to make downtown London “an irresistible destination and an exciting place to live,” said Brown.

“It’s time for Dundas Street to become Dundas Place – a transformational project that will see the creation of a flexible street between Wellington Street and the Thames River,” said Brown. “A space for cars during the day and a people-first space on evenings and weekends; a place to stroll, shop, or visit with friends. A place to be entertained, a place where services spill out onto the street and we can enjoy live music, culture and great food.”

With the execution of the London Music Strategy, including the hiring of a Music Industry Development Officer, the launch of the London Music Division incubator, and creation of the Music Industry Development Task Force, London is showing that a targeted music strategy and coordinated efforts can pay dividends for a city looking to draw tourists, create jobs, and enhance local quality of life.

Music Canada is proud to return as sponsor of the Record Company of the Year Award at the Canadian Country Music Association Gala Dinner and Awards, taking place this weekend in Halifax, NS.

The 2015 Record Company of the Year Award nominees are:

The Record Company of the Year Award will be presented at the CCMA’s Industry Awards Gala at the World Trade and Convention Centre in Halifax on Saturday, September 12th.