Today, the term “Value Gap” – the disparity between the value of creative content accessed by consumers and the revenues returned to the people and businesses who create it – is an integral part of the lexicon in discussions of copyright law and creative content. And there is growing sentiment around the world that the time has come to correct the flaws underlying it. At this event, presented by Music Canada and the International Association of Entertainment Lawyers (IAEL), Music Canada President and CEO Graham Henderson will share highlights from an upcoming report that examines the developing recognition of the Value Gap and why policymakers should act with a sense of urgency to address it.

Music Canada’s 2017 report, The Value Gap: Its Origins, Impacts and a Made-in-Canada Approach, played a foundational role in shifting views on the Value Gap. Since its publication two years ago, a great deal has occurred to advance understanding of the issue. This includes new economic analysis that has definitively evaluated the size of the Value Gap and identified its sources, and Parliamentary hearings in Canada in which the Value Gap dominated the proceedings and where numerous stakeholders presented an overwhelming body of evidence demonstrating its impacts.

Henderson will summarize key insights from the upcoming report, including how record labels continue to play a vitally important role in the music ecosystem through their investments in A&R and marketing, and their commitment to licensing new and innovative digital music services. He will also describe how a lack of transparency on the part of user-upload services like YouTube, as to how much copyright content they exploit and how much compensation is paid to creators, makes it harder to address the Value Gap.  The detrimental impact of this lack of transparency is further exacerbated by a broken copyright framework caused by overly broad and ill-defined safe harbours, which have allowed these platforms to commercialize music for massive profits, while passing a mere pittance onto creators.

The voices of artists have been central to validating the Value Gap and illuminating its detrimental effects. One artist in particular, Canadian musician and record label owner Miranda Mulholland, has played a key role. With great clarity and passion, Mulholland has persuasively conveyed how exemptions in out-of-date copyright legislation have impaired her career, and how artists can play a central role in establishing a sustainable and functioning marketplace.

In her return to MIDEM, Mulholland will recap her path to advocacy. She will outline how fellow creators can help establish a sustainable and functioning marketplace, describing her own journey as an artist advocate. Mulholland will also take the stage with Andrew Penner, her musical partner in the band Harrow Fair, to perform their unique blend of folk, country and garage rock music.

Jeff Liebenson, President of the International Association of Entertainment Lawyers (IAEL), will conclude the event by previewing IAEL’s upcoming book, “Keeping it Honest: Transparency in the Entertainment Industry” ahead of its official launch following the session.

Entertainment lawyers have always played a crucial role in the success of their artist clients. But during Midem 2018, Miranda Mulholland urged them to take complimentary steps to empower artists and leverage their network to be connectors, helping to introduce, start discussions, and activate their artist clients.

Mulholland was the keynote speaker at a June 6 event hosted by Music Canada and the International Association of Entertainment Lawyers (IAEL) in Cannes, France. The Value Gap theme flowed through both this event and the launch of IAEL’s new book, Finding the Value in the Gap, later the same day.

such an amazing afternoon @midem – thanks for the honour of keynoting today and contributing to a great discussion on grassroots advocacy and the value gap. thanks and CONGRATS to the International Association of Entertainment Lawyers for your groundbreaking new publication! pic.twitter.com/ijemZ4mib2

Canadian artist @miramulholland addresses the ‘value gap’ issue and makes a call to artists to act: “We do have the ability to inform policies.” #Midem2018 #IAEL pic.twitter.com/ZpTTIs0WJq

Music Canada’s President and CEO Graham Henderson introduced Miranda and shared some opening remarks about Music Canada’s report The Value Gap: Its Origins, Impacts and a Made-In-Canada Approach and thoughts on the vital role of artist advocates.

.@GFHenderson says "Artist advocacy carries a special power – it offers a window into the lives of the people whom the #ValueGap affects the most, for those with the ability to make change happen."

Two representatives from IAEL, including President Jeff Liebenson and Anne-Marie Pecoraro, as well as Lodovico Benvenuti, Director of IFPI’s European Office, joined Mulholland for a panel discussion following her keynote.

@jliebenson Lodovico Benvenuti from @IFPI_org @miramulholland and Anne-Marie Pecoraro from @Turquoise_Law are at #Midem2018 sharing what can #entertainment #lawyers can do to support #artist #advocates : #empower artists & #SpeakUp ! @midem #IAEL pic.twitter.com/glO4FBOxPK

The #valuegap panel in @midem Cannes organized by our great friends from @Music_Canada Lodovico Benvenuti from @IFPI_org tells about the legislative evolution in EU #copyright pic.twitter.com/4vnn3dxqy9

In addition to discussing the IAEL’s brand new publication Finding the Value in the Gap, the international experts leading the charge to address the Value Gap in multiple territories discussed how artists have been instrumental in their campaigns, including a letter to European Commission President Jean-Claude Juncker. The letter was originally signed by more than 1,000 musicians and urges the Commission to address misapplied safe harbour provisions at the heart of the Value Gap to secure a sustainable and thriving music sector for Europe. Similarly, in Canada, more than 3,650 Canadian artists and creators have now signed the Focus On Creators letter to Heritage Minister Mélanie Joly calling on the government to put creators at the heart of future policy.

Guests at the Midem event included influential Canadian and international delegates, as well as members of the legal community, media outlets and European leaders in addressing the Value Gap.

You can watch the full keynote and panel discussion below.

Below is a selection of photos from the event and more information on Finding the Value in the Gap will be available on the IAEL website. 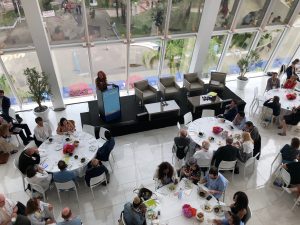 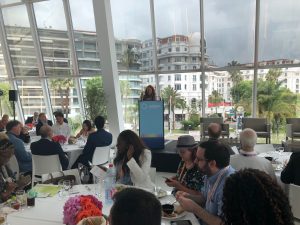 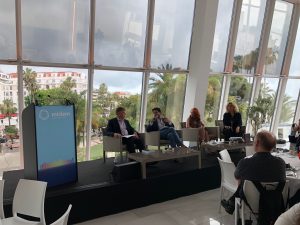 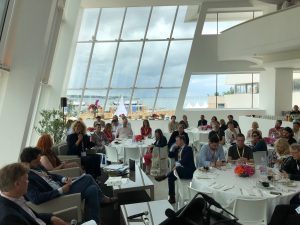 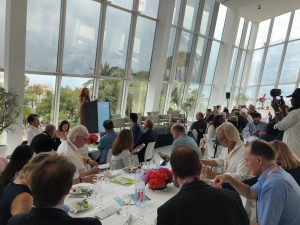 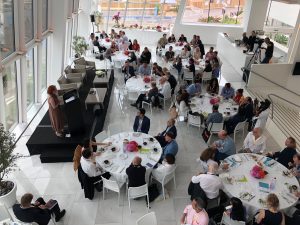