Playback 2018 panel: What can be done to help music creators who are living in the Value Gap?

On Tuesday, October 16, Music Canada hosted Playback 2018, our annual industry dialogue and celebration. Following an annual review from Music Canada Executive Vice President Amy Terrill, and a keynote from professor and author Debora Spar, Playback 2018 featured a panel discussion focused on what can be done to help music creators who are living in the Value Gap. The panel was moderated by Nam Kiwanuka, host and producer for TVO’s The Agenda and former Much Music VJ.

Joining Nam on the panel was:

Dr. George Barker began the discussion outlining several key figures leading to the loss of revenues for the recording industry, while Ian MacKay spoke to the $1.25M commercial radio royalty exemption and the impact it has on Re:Sound’s performer and record label members. Loreena McKennitt and Maia Davies then provided insight into the struggles artists and label owners are facing as a result of the Value Gap, where, as Davies points out, even songwriting peers with writing credits for Drake’s albums can’t afford their rent.

Reflecting on how remuneration models for artists and labels have changed since she began her career before the advent of the internet, McKennitt said “I would say I’m luckier than most. Because I established it (her label) when I did, and reached success when I did and now I’m a kind of legacy artist and was able to sustain my career in the twilight of my career.” McKennitt continued, “But it’s very clear – I could never reach the height of my success were I to start up now.”

You can watch the full panel discussion below.

Select photos from the panel are posted below and a full Playback 2018 photo gallery can be viewed on Music Canada’s Facebook page.

Toronto, Dec 6, 2017: Advancements in cross-platform reporting have ushered in a new era of cooperation between Canada’s music and media industries. Developed by Bell Media, Music Canada and Re:Sound, the new process aligns terrestrial broadcast data with digital, ensuring all music industry stakeholders are served with efficiency, transparency, and accountability, while setting a new industry standard for data reporting. With this game-changing initiative by Bell Media, the automation of the existing music content distribution tool allows the industry to streamline sound recording data within the Canadian music ecosystem.

The new system is part of an ongoing project to develop administrative efficiencies by Music Canada and Re:Sound. Through consolidating multiple data sets, maximizing the use of ISRC (International Standard Recording Codes), and other improvements, the project has so far resulted in faster payouts and 28% more revenue for major labels and members of CIMA (the Canadian Independent Music Association).

Beginning with a successful pilot program of the new system by Toronto’s 104.5 CHUM FM in early 2017, Bell Media radio stations are now tracking complete sound recording data including ISRC automatically on new tracks from major record labels and independent label partners. With the elimination of manual processes, the new reporting system has resulted in cleaner data, which significantly benefits all rights holders in the Canadian music industry including artists, background musicians, songwriters, and music publishers, through organizations (SOCAN, CMRRA, SODRAC, etc.) relying on broadcast data to get royalties to rights holders.

“I commend Bell Media, and specifically Randy Lennox, for showing remarkable leadership on this project,” says Graham Henderson, President and CEO of Music Canada. “Thanks to this collaboration, achievements in data efficiency from projects completed by the major record companies and Re:Sound will now yield even greater results, generating savings throughout the royalty chain, while resulting in more dollars in the pockets of creators.”

“As someone with love for Canada’s music industry, I am thrilled by the results of this project,” said Randy Lennox, President, Bell Media. “When Music Canada’s Graham Henderson approached us to help resolve what has been a longstanding issue within Canada’s music industry, it was an easy decision to lend Bell Media’s resources and expertise. The automation of the tracking process establishes international best practices that benefit creators while making the entire system considerably more efficient.”

“At Re:Sound, we only exist for the artists and sound recording owners we represent,” says Ian MacKay, President of Re:Sound. “Ensuring that the absolute best quality data flows through the entire music ecosystem is a huge step forward for rights holders, and will help us (and other organizations) to ensure that we pay the right people as quickly and efficiently as possible. We couldn’t have done this without the strong leadership of Bell Media and Music Canada.” 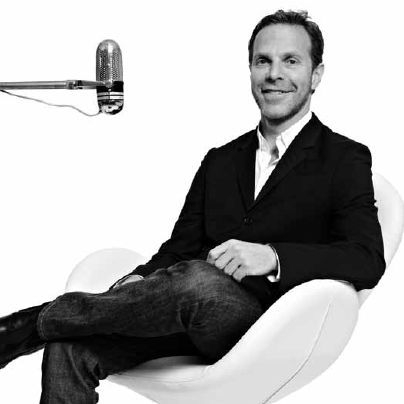 Ian MacKay has been unanimously re-appointed as President by Re:Sound’s Board of Directors, extending his term to 2020.

Ian’s work at Re:Sound has been invaluable in ensuring music creators in Canada are compensated for the use of their recordings. According to a Re:Sound release, core revenues have more than doubled under Ian’s tenure as President. Recently, Re:Sound’s Project Revelation, undertaken with CONNECT Music Licensing, led to an increase of $1.2 million annually for CONNECT’s rights holder members, among other benefits.

“I am honoured and excited to be leading Re:Sound into the next chapter” said MacKay in a press release. “We have a truly great team here – people who live and breathe that everything we do must be for the music creators we represent. With the strong support of the Board, I look forward to working with the Re:Sound team to continue to build an even stronger organization – championing music creators rights and combining an entrepreneurial spirit with a passion for efficiency and transparency. In today’s changing music industry, standing still is not an option. We must always move forward.”

Music Canada would like to congratulate Ian on his re-appointment, and wish him success as he continues to represent rights holders with the passion, energy and commitment for which he has become known.

“CONNECT continuously strives to work as efficiently as possible. To this end, we saw a way to save time and money for our nearly 2,700 rights holders by having Re:Sound, a trusted partner of CONNECT, pay public performance and private copying royalties directly to our members. This will allow CONNECT to focus on reproduction royalties and will mean greater royalty payments to record labels and artists, faster,” said Graham Henderson, President of CONNECT Music Licensing.

“At Re:Sound, we are committed to maximizing public performance royalties for artists and record labels and ensuring that royalties are distributed as efficiently, and at as low cost, as possible. CONNECT’s move to bring their member labels to Re:Sound directly means more of every dollar will get into the hands of the labels themselves,” said Ian MacKay, President of Re:Sound.