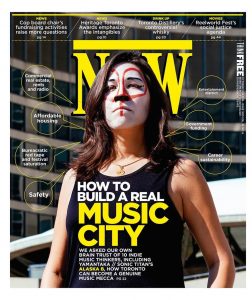 The article highlights several important issues, including: the safety of musicians (and audiences) who belong to marginalized groups, affordable housing for musicians and artists, music industry-community collaboration, and music venue accessibility. Government funding, entertainment districts, and the use of public space for music are also discussed as policies for the city’s consideration.

Since the release of The Mastering of a Music City report in Summer 2015—a report which serves as a roadmap for cities seeking to grow their music communities and become Music Cities with vibrant, actively promoted music economies—Music Canada has travelled to music events and policy conferences around the world to share Music City best practices and strategies.

Our report touched on some of the issues presented in the recent NOW Magazine article, but a lot has happened in Music Cities development in the last year that may inspire solutions to many of the concerns expressed by Toronto’s music community: