A comprehensive new report highlighting how record labels have transformed in response to the digital and streaming age was recently released. The study was conducted by NYU Professor Larry Miller (who also hosts the popular Musonomics podcast) and was commissioned by the Recording Industry Association of America (RIAA). 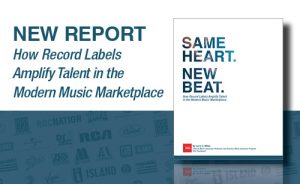 The report – entitled Same Heart. New Beat. How Record Labels Amplify Talent in the Modern Music Marketplace – features in-depth interviews with 50 company executives at both major and independent record labels. The study also incorporated revenue data from the RIAA on the music industry over the last several decades. The RIAA’s Chairman and CEO Mitch Glazier discussed the impact of the study in a recent op-ed.

The report examines many different components of the relationship between labels and artists. In particular, it outlines: the evolution of label efforts to discover and market musical artists; how marketing plans differ and enhance opportunities for artists in a streaming world; the increasing role of data in label strategies; approaches undertaken by labels to build artist branding, and more.

As Professor Miller describes, just as in the past, “labels work to discover and develop artists, connect them with creative collaborators and make great records, promote and position them in the media or wherever fans go to get music, and reward successful outcomes. But how labels do their job is nearly unrecognizable from just a decade ago.”

Some of the key findings of the study include:

Data analysis has become a crucial tool for record labels: a variety of techniques and algorithms have been developed by labels in order to ingest the huge amounts of data available, in order to quickly produce actionable insights. Data has become king.

Labels are transitioning from B2B businesses to direct-to-consumer businesses, with a particular focus on building strong relationships with fans: As Professor Miller describes, the shift from the ‘access-based’ model of today has meant that artists often release a continuous flow of new content, rather than the traditional every-other-year album release cycle. The structure and promotional capacity of record labels has rendered them the most effective body to undertake these marketing necessities. Indeed, the report outlined how the labels’ promotional ‘machines’ are best equipped to release a steady flow of singles, EPs, and albums and videos and maximize the impact of each, while the social media departments are able to support this promotion through various social media platforms.

The digital transition has had a profound impact on the modus operandi of record labels, due to the prevalence of massive amounts of real-time discovery and consumption data: Staff at labels now analyze thousands of global inputs, such as: Twitter, Facebook followers, YouTube views, Instagram interaction, Shazam queries, Wikipedia searches — and more. This is in addition to the daily analysis of streaming and download figures on numerous music services, often globally. All this data is then consolidated and utilized to develop highly customized plans for artist releases.

It is true that the music industry has experienced extreme disruption brought on by the birth of digital services. Yet despite the impressive success of many DIY self-released artists, Professor Miller concludes in the report that “labels remain the key enabler for artists to maximize their creative vision and achieve their dreams for global visibility.” 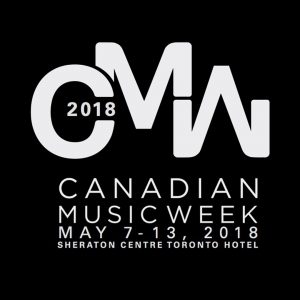 Canadian Music Week (CMW) and C.A.A.M.A. (Canadian Association for the Advancement of Music & the Arts) have announced they will be creating the CMW Music Industry Market Report & Directory, transcribed by Canadian music writer Martin Melhuish.

“After more than a decade of hosting international buyers and working closely on export development, we are finally bridging the gap across all music sectors to deliver a market report and directory that focuses on Canada,” said Canadian Music Week President Neill Dixon in a release. “CMW has held numerous Spotlights and Focuses, as well as an annual International Market place, to help narrow in on important international markets that should do business with Canadians. Now we can give everyone what they’ve been asking for… a guide that will support internationals executing business in Canada with up to date resources and contacts.”

Martin Melhuish, better known to many as Canada’s Literary Music Man, will be a key contributor to the CMW Music Industry Market Report & Directory. Melhuish has written several books about Canadian music over his 40 year writing career, including a history of Canadian country music, a definitive biography of Bachman-Turner Overdrive, and the JUNO Awards series, Oh What A Feeling: A Vital History Of Canadian Music.