A recently produced study of live music in Australia makes a thoughtful contribution to the discussion around the importance of a vibrant music scene. The Economic & Cultural Value of Live Music was released earlier this month by the University of Tasmania and Australia’s Live Music Office, as well as partnering organizations, Creative City Sydney, the City of Melbourne, and the Government of South Australia. 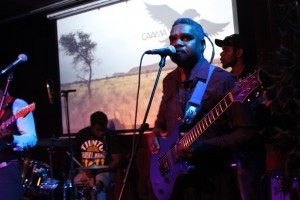 The headline in this report is that for every dollar spent on live music in Australia, three dollars of benefits are driven back into the community. This cost-benefit analysis framework makes this study unique. It tries to capture the economic benefits of live music under three categories: commercial, civic, and individual.

As a starting point, the report demonstrates that the usual way of measuring live music benefits (by using information gathered from producers of live music) captures less than half of the real value. Producers can report on such things as ticket sales and food and alcohol sales. However, data is often limited to activities like festivals or licensed live music venues, often not capturing the full scope of live music presentation. In addition, according to the report, “producers are unlikely to be able to reliably account for the secondary markets that exist within their venues, such as ticket scalping and merchandise sales.” Further, this initial spending also triggers things like accommodation and travel expenditures, and according to the study, things like memberships and subscriptions, clothing, phone and internet.

For that reason, in addition to interviewing producers of live music, the researchers surveyed consumers.

When all of these categories of value are calculated, the researchers estimate that live music delivers benefits of $15.7B to the Australian economy.

A Spotlight on Live Music Capital 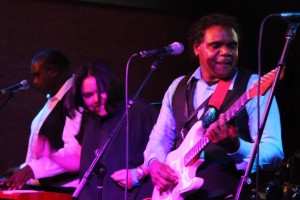 One the areas explored in depth in this report is the impact live music has on commonly accepted forms of capital: physical, human, social and symbolic.

Physical capital refers to the physical assets that are created by the live music scene. There is a large list including performance spaces, rehearsal spaces, training institutions, production companies, touring companies, acoustic manufacturers and media. The report also includes the “neighbourhoods where musicians and other creative individuals choose to live.”

Human capital refers to the knowledge and skills, education and training, and physical and mental wellbeing that results from live music.

The community benefit most commonly identified by both consumers and producers of music is social capital. To put it simply, live music encourages a sense of community. In Toronto, people reported observing the same thing during Panamania events this summer.

Finally, symbolic capital is the value of being known or recognized. This can apply to individuals as well as regions, cities, and venues. In The Mastering of a Music City, we reference the ways in which a music scene contributes to a city’s brand or identity. 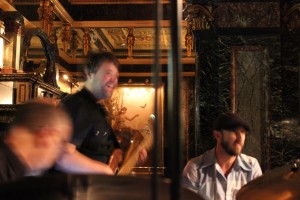 The commercial benefits were valued at $AU2.1B. This is a combination of profits achieved by producers of live music after the net costs are subtracted; a productivity calculation for those businesses, and an additional productivity calculation for those consuming music – essentially, the degree to which live music consumption made them more productive at work.

Civic benefits include the number of jobs generated by live music in Australia. This study estimates that 65,000 full-time and part-time jobs have been created, valued at $AU2.2B, as well as the taxation revenue of $AU950.6M. The job calculation is based on consumer spending modelling and the authors note it is very conservative which will explain why it differs from other studies in Australia.

The individual benefits are calculated to include both the actual spending by consumers, as well as what they would have been willing to pay. The actual market value of what consumers spent on live music was estimated at $AU5B with an additional surplus value of $AU5.4B. 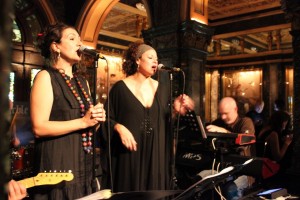 In order to assess the true meaning or value of live music, the researchers compare this net benefit ($15.7Billion) to the cost of inputs ($AU5B) in order to come up with the benefit-cost equation of 3:1 –for every dollar invested in live music, more than three are returned.

This report is the most comprehensive valuation of live music I have come across. So often we speak generally about the social and cultural benefits of live music but seldom do we assign them an economic value. In trying to do this, the researchers bring a greater understanding to the multitude of benefits of live music and provide a strong argument for continued government investment in Australia. The Live Music Office in Australia was also a valuable contributor to The Mastering of a Music City.

Later this year, I will be speaking about our report at the Melbourne Music Symposium, an invitation-only event, along with Robert Kronenburg, Roscoe Chair of Architecture at the University of Liverpool, and Producer and Musician James Black.

There are Music Cities dotting the globe – from Toronto to Melbourne to Liverpool. Music Canada has spent the last year researching best practices from 22 of them. From musician-friendly practices, to the creation of designated cultural districts, to affordable housing incentives, there are many ways that we can encourage music in the heart of the city. In this series, we’ll be profiling countless cities around the globe and what they’re doing that’s unique to foster the principles found in our report. In our last post, we visited Pemberton, BC. In this edition, we’re thrilled to highlight our friends from Mannheim, Germany!

Mannheim, a city of 320,000 in the southwest region of Germany, has embraced the creative economy, putting it on equal footing with the city’s traditional manufacturing sector. A top-down strategy, initiated by city officials, has identified 11 sub-sectors of the creative economy. Music is one of the largest and according to Matthias Rauch, the city’s music cluster manager, the strategy has succeeded in positioning Mannheim as a centre for competency and knowledge in the music sector.

Rauch recently visited Music Canada and we arranged for a meeting with a number of Toronto city officials, community leaders and members of the Toronto Music Advisory Council where he described the Mannheim Music Model. The model combines infrastructure investment and programming support. As a top-down strategy, it has been heavily influenced by the Lord Mayor Dr. Peter Kurz, who was recently reelected to a second term, boding well for its continuation.

The first pillar is managed by the culture office at the city and includes funding for individuals and bands as well as a two year coaching program for artists selected by a jury. The office also has a tour bus available for rent at lower than market value.

The main thrust of the education pillar is the Popakademie which is a public/private partnership that provides both bachelor and master programs on pop culture and the music business. This institution complements the existing music education programming available in Mannheim, including the University of Music & Performing Arts.

The third pillar consists of the business start-up centre comprised of two buildings (Music Park 1 and 2) which currently house 250 employees in 80 enterprises. 6000 square feet is available for rent and co-working space. As a start-up centre, companies are limited to eight years in residence and the music parks also create the opportunity for interaction among the companies through a café and other social spaces.

The cluster management office is the fourth pillar. It is the contact agency for all professionals in the music industry whom it brings together through a series of working groups based on genre, as well as the Entrepreneurship Club. This club puts creative innovators together with potential investors.

How does it measure up?

All of this activity is focused in an area of Mannheim which was once known more for crime and drug use. The Popakademie and Music Park buildings, as well as other creative centres, have remodeled the Jungbusch area into a hub for the creative industries. Live events take place in the area including the city’s largest festival, Time Warp. The city has now set its sights on the Taylor Barracks, a former military barracks, for a new creative hub with production studios, clubs, and affordable housing.

The strategy has received a great deal of support from outside Mannheim. In the last 12 years, €42 million has been invested into the creative industries program, with a portion of that funding coming from the European Union. It was this strategy that led in large part to Mannheim receiving the UNESCO City of Music designation.

Measured against our research, Mannheim certainly is a “music-friendly” and “musician-friendly” city. Rauch says that the strategy has improved the atmosphere for music in the city and led to increased activity overall, although he points out that there remain some gaps including a few of the rungs of the “venue ladder” that is needed to provide artists with performance spaces at each stage of their career. He also admits that Mannheim has yet to adequately leverage its music program for tourism.

For other cities, Mannheim provides some tangible examples of creative hubs and accelerators, and an interesting model for a post-secondary education institution dedicated to pop music and the music business.

Mannheim’s success reinforces a number of the themes that appear in The Mastering of a Music City – the single point of contact, for instance, for music, and focus on training for musicians and music professionals have all been instrumental in making the city grow. If you haven’t had a chance to read our full report, you can find it here. Want to share your story of how your organization is helping to foster a music city? Contact us – we’d love to hear from you!