Notes from the Road: Bleeker – Back to California

Canadian alternative rock outfit Bleeker is currently on the road in support of their debut album Erase You. Following a tour of the UK, the three-person band returns to California, and shares their experiences in our Notes from the Road tour blog series.

We’re baaaaack. After sleeping for 20 hours straight we woke up, and headed out for breakfast. American breakfast! We sat on a patio in the sun. This was a great meal. We filled our manager in on all of our stories and talked about what was next on the agenda…

Three quick shows and all in a row! We rented a large SUV and headed to Tucson the next day to play a festival with Weezer. Then a really fun bar show in Phoenix where we hopped back on the party train. Lots of people, and lots of fun. Then to San Diego… a little bar with 8 very nice people, and one drugged-out crazy blonde lady who came on stage and spray painted the other bands drum set while we were playing. Three very different shows, all with their own distinct charms. 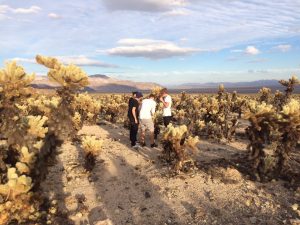 We also dug up something we had buried in the desert near the Texas border a few months prior while on tour with Sublime and the Dirty Heads. It was still there…

Back to LA for some time off. Five Days to be exact! This was needed. We weren’t run down anymore, like we were in the UK, but there’s something about having NOTHING to do that really lets you relax to your full potential. By the 5th day we were very ready to play again and start our week of promo. Our first show back was with a band called The Psychedelic Furs. An old-school band with a great fan base. We played an awesome room in Orange County called the Observatory.
Promo! My girlfriend Sam flew down to visit me just in time for promo week. We spent the next couple of days travelling to different sync agencies playing acoustically for their staff. In and out of office buildings, home studios, and warehouses shaking hands and meeting the people who might take our songs and put them into movies, commercials, etc. 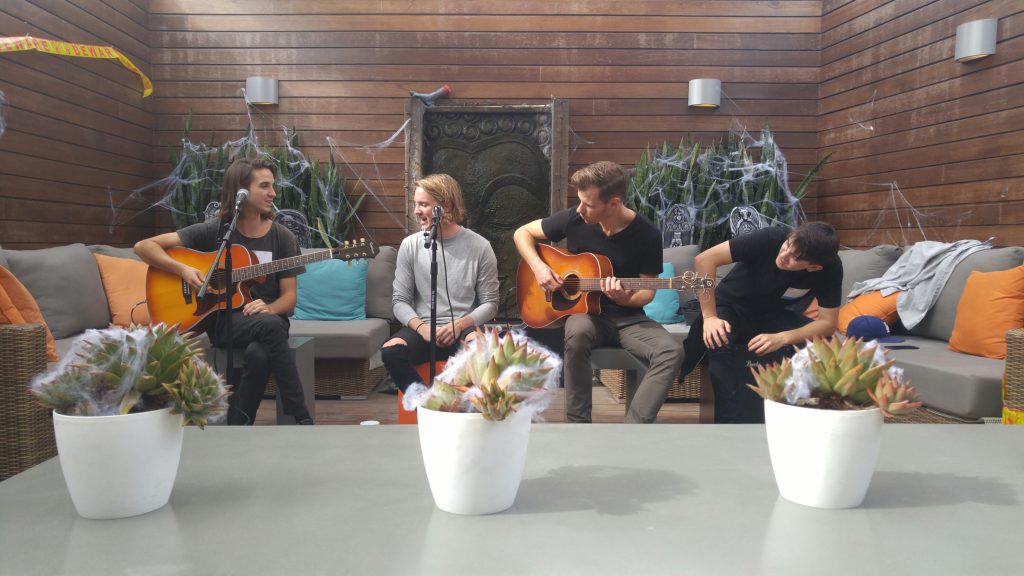 The performances are surprisingly low stress situations with no gear to move, and free food and drinks. A cake walk one could say. We met some really great people and got a look into another part of the music industry.

In the five years we’ve been together Sam’s never seen this part of my life. Her eyes were opened just a little bit more. She asked me if this is what people would consider “selling out”. I told her I look at it as “buying in”. I’ve never viewed these things in a negative light. Writing songs that people will like and making money that allows me to continue making music for the rest of my life? Sounds horrible. Musicians that feel any different about this should get over themselves in my opinion. Never take yourself TOO seriously. Anyways, if I haven’t made an enemy out of you after that last comment.. on we go!

Four more days off! But devoted to traveling and sightseeing. Having an “outsider” with us was needed. If Sam wasn’t there we would have drank and ate pizza all day every day until our next set of shows. Instead, we rented a Jeep and travelled to many different places. Some new, some old. Santa Monica, Venice Beach, Malibu, Palm Springs, Salvation Mountain, Joshua Tree, Beverly Hills, and a very weird place called Slab City. If you don’t like uncontrolled desert communities with no running water or laws…this place isn’t for you. To round it all off, we spent Halloween right near the Sunset strip at a gay parade. We walked through some of the craziest crowds and coolest costumes I have ever seen. The thing I remember most is how the whole street smelled like a cologne atom bomb had gone off.  It was intense. Actually, the whole night was intense in general. We finally got home, drank more beer, and ordered Dominos as usual. Amazing.

Sam flew home the next day and we were off to do three more shows before going back to cold Canada. The shows were with The Struts who are always fun. Two of the shows were in some legendary venues. The Fillmore, and my personal fave – The Fonda! Located on Hollywood Blvd. Imagine standing on stage behind a massive curtain with three of your friends. 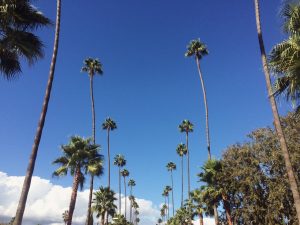 And then that curtain slowly rises to 1200 music fans/industry peeps standing there waiting to watch you play. Always a rush and the reason we love playing live. Honestly, I think I just really liked the idea of the curtain! Old school. More venues should invest.

Then, some very sad goodbyes with Adam, our manager. We thanked him for putting us up in his house for the majority of our trip. Introducing us to his friends and family. Showing us around, feeding us… I could go on and on. One of the bests hosts I’ve ever been lucky enough to have. We hopped in our new 15 passenger van and drove north towards BC and our first show with Canadian rock royalty, The Trews! Finally headed home.