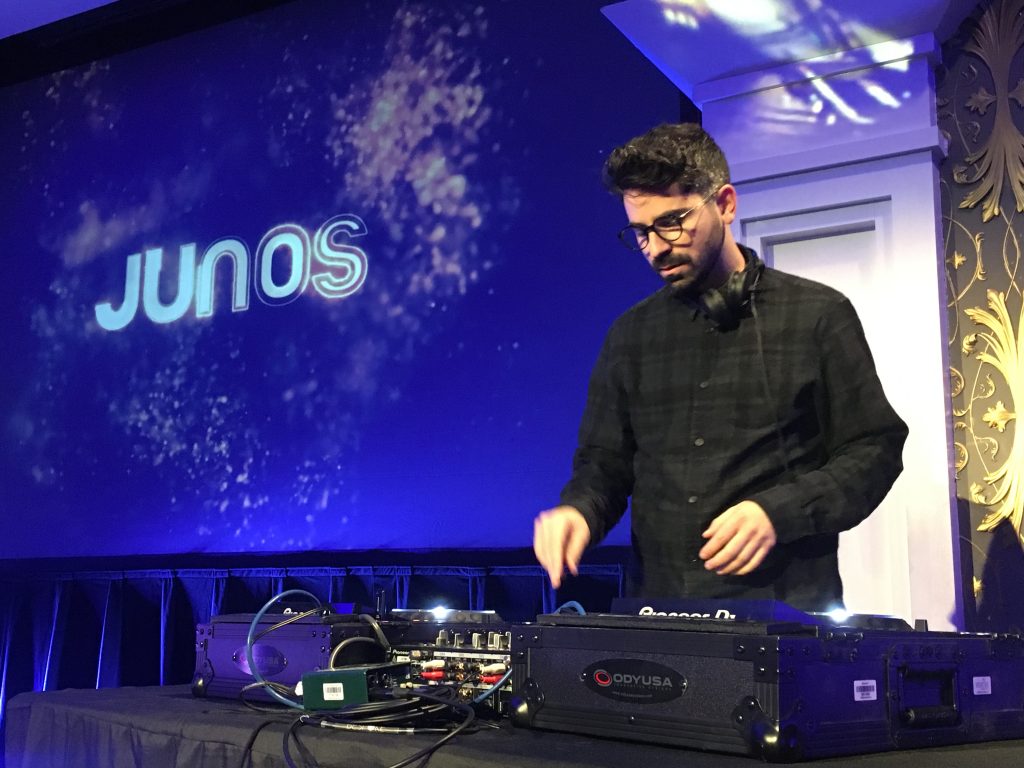 The 2018 JUNO Award nominees were revealed earlier today during a press conference at Toronto’s Great Hall. Arcade Fire and Jessie Reyez lead this year’s nominees with four nominations, followed by Arkells, Gord Downie, Hedley, and Ruth B with three nominations. Reyez, along with two-time nominee Daniel Caesar and Vancouver natives Hedley, were also revealed as the first performers for the 47th annual broadcast, which will take place Sunday, March 25, 2018 at the Rogers Arena in Vancouver, BC.

Music Canada is proud to return as a sponsor for the 2018 Album of the Year award, which includes Arcade Fire’s Everything Now, Johnny Reid’s Revival, Michael Bublé’s Nobody But Me, Ruth B’s Safe Haven, and Shania Twain’s Now.

Tuesday’s event kicked off with a performance by Gold-certified electronic producer Felix Cartal, and was hosted by Angeline Tetteh-Wayoe of CBC Music, the exclusive broadcast and content partner of the 2018 JUNO Awards.

Following introductory remarks by CARAS and MusiCounts CEO & President Allan Reid, CBC’s Executive Vice President Heather Conway revealed the broadcaster’s plans for their 2018 JUNO coverage, which will include a worldwide broadcast of the award show, exclusive cover sessions, podcasts, and a livestream of the highly anticipated JUNO Songwriters’ Circle. Conway also revealed that Sunday, March 25, will be known as Music Day on CBC, featuring a celebration of Canadian music across all platforms leading up to the evening’s broadcast.

Reid then returned to the podium to outline CARAS’ leadership towards improving gender parity within the music industry.

“There are very important conversations happening in our world right now around gender equality and sexual harassment,” said Reid. “It is critical that we work collectively as an industry to support a larger representation of women in music and encourage a culture that nurtures their participation and success.”

Reid continued by outlining CARAS’ efforts within the organization, including the formation of a working group to evaluate their initiatives related to equality inclusion and respect, and a scholarship for women in the technical field of production and engineering, During JUNO Week, CARAS will work with Let’s Hear It, the 2018 JUNO host committee, on a program called “Good Night Out” to promote safety and prevent sexual harassment at clubs. As well, 2018 Walt Grealis Special Achievement Award recipient Denise Donlon will host a panel and keynote during JUNO Week on paving a path to success for women in the industry.

More performers and additional details on JUNO Week concerts and events will be revealed in the coming weeks. A new block of tickets are now on-sale for the broadcast, with $1 from each ticket sale being donated to MusiCounts through a partnership with Plus 1.

You can watch CBC Music’s full archived livestream of the press conference below: