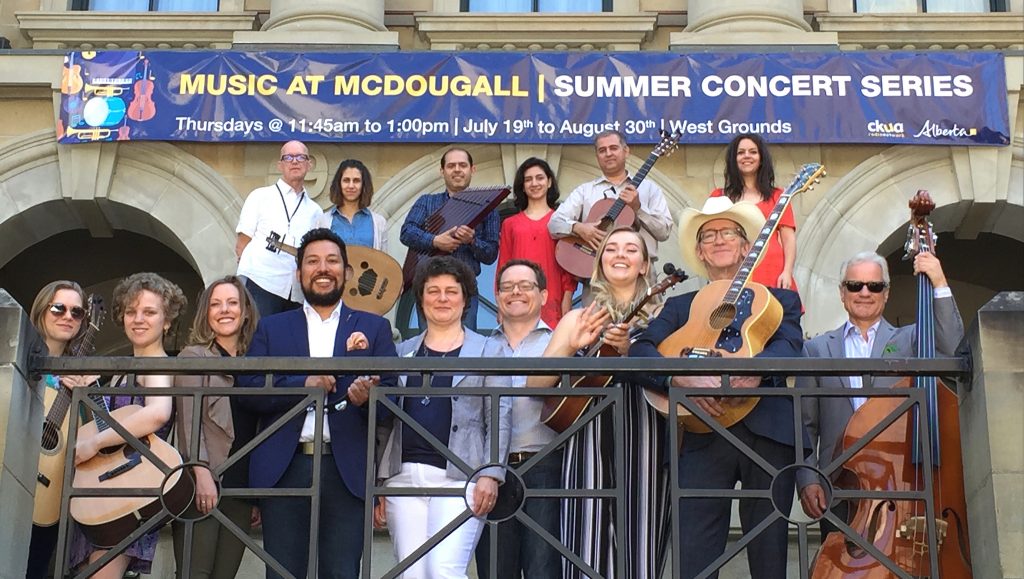 The Government of Alberta has officially declared July 19-26, 2018 the first ever Alberta Music Week. The announcement was made Thursday morning by The Honourable Ricardo Miranda, Minister of Culture and Tourism, at the launch of the weekly Music at McDougall: Summer Concert Series at McDougall Centre in Calgary.

“Alberta is home to some of the best songwriters, music producers and performers in the world,” said Minister Miranda in a release. “Alberta’s recording industry is an important contributor to our culture, as well as our economy, and is something worth celebrating. Alberta Music Week is an opportunity to highlight and discover Alberta musicians and get ready for another music-filled summer.”

Accompanying the declaration of Alberta Music Week was the announcement that $300,000 in additional funding for Alberta’s music industry, which in 2016 contributed more than $300 million to Alberta’s GDP and provided more than 7,300 jobs. The Alberta government will work with music industry leaders in the coming months to determine how the money can best benefit Albertans.

“Alberta Music Week highlights the vibrancy and activity of the music industry in our province,” said Carly Klassen, Executive Director of Alberta Music. “Alberta artists are creating musical works of a national and international caliber, alongside professionals working in many types of support roles within the industry. We are proud to acknowledge Alberta Music Week and the diverse artists who call Alberta home.”

Alberta’s cultural industries have been identified as a key area to support the government’s economic diversification and job creation priorities.

“Alberta’s cultural industries, including music and sound recording, are significant contributors to our economy, and have tremendous opportunity for growth and economic diversification,” said Minister Miranda. “With this funding, we continue to support that growth, provide jobs to Albertans, and help share our stories and songs with the world.”

Highlights of Alberta Music Week festivals include Interstellar Rodeo in Edmonton (July 20-22), the Stampede Summer Jam in Medicine Hat (July 23) and the Full Throttle Festival in Cold Lake (July 20). The Calgary Folk Music Festival (July 26-29) will close out the week on Prince’s Island.

@_RicardoYYC announcing today that July 19th – 26th is the start of Alberta Music Week and that the Alberta Govt. is putting an additional $300,000 into the Alberta Music Industry. #yyc pic.twitter.com/MIHW25NpnI

We're so thrilled to hear about the increase in funding to the music sector! @_ricardoyyc made the announcement this afternoon as he declared AB Music week from July 19-26!