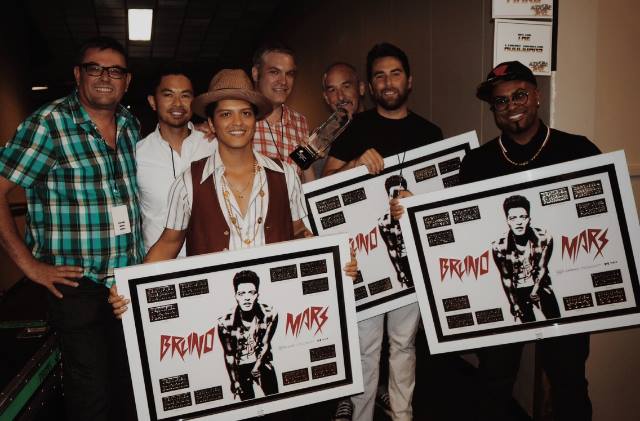 Prior to his headlining concert at Toronto, ON’s Air Canada Centre, Warner Music Canada recording artist Bruno Mars was presented with a unique 3D Canadian certifications plaque for the titles listed below. Yes, blue and red glasses are required for the full pop-out effect – how cool is that?

The titles featured on the award plaque are:

Just The Way You Are – 6X Platinum

It Will Rain – 3X Platinum

Locked Out Of Heaven – 5X Platinum

When I Was Your Man – 4X Platinum