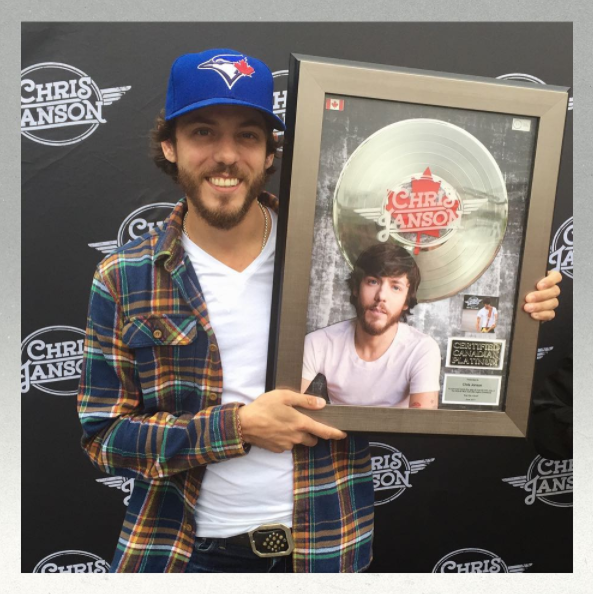 Country star Chris Janson‘s 2015 hit “Buy Me A Boat” is now officially a Platinum Single in Canada! During a stop at Toronto’s Budweiser Stage on his summer tour with Sam Hunt and Maren Morris, the 31 year old singer-songwriter was surprised with a Platinum plaque by Warner Music Canada, which he shared with his fans through his Twitter account.

“Buy Me A Boat” appears on Janson’s debut album of the same name, and the music video for the track can be viewed below.