Creativity is practically flowing in the streets of Columbus: from artists and musicians to business leaders and city agencies, everyone is walking to an up-tempo beat in this city of more than 800,000. 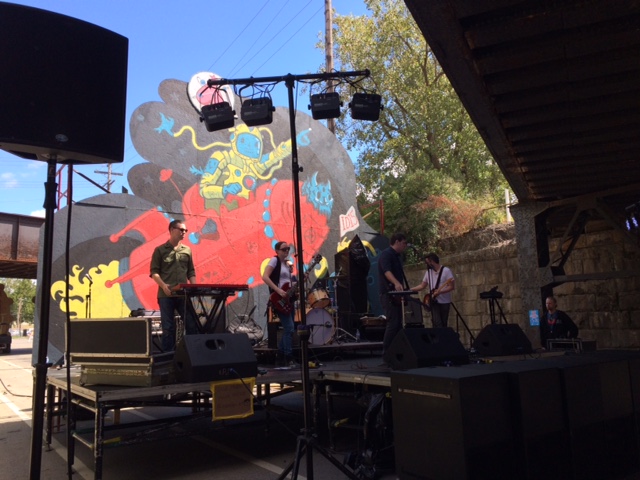 During the Independents’ Day Festival, a local music, arts and food experience located in the East Franklinton neighbourhood, the city’s newest cultural hub, I participated in a discussion about an effort to build a Music City. The “How To Build A Music City” initiative has been spearheaded by the Columbus Songwriters Association but has quickly gained the support of the Greater Columbus Arts Council and the city’s tourism agency, Experience Columbus, as well as roughly 100 volunteers. Signs look promising that the initiative will soon receive city funding. At the helm is organizer Joey Hendrickson, who leads the initiative with passion and drive, and a willingness to learn from other cities.

While the initiative is in its early days, some of the program ideas that have broad appeal in the community are live music venue support, honouring “Columbus Sound” and history, a music tech incubator, and an annual music conference.

Columbus impressed me with its investment in creative spaces, a key component for a successful Music City. While that hasn’t translated yet into the much aspired-to music tech incubator, or live music venue support, the city has definitely figured out how to leverage public-private partnerships in order to stimulate creative growth. The East Franklinton area is a case in point. Once a rundown area of the city, just a short walk from City Hall and the State Legislature, East Franklinton is now brimming with creative activity.

I toured two large factories, one that has been converted into artist studios, event and performance spaces and a restaurant. The “How to Build a City” event was held in this building, immediately followed by a music performance. 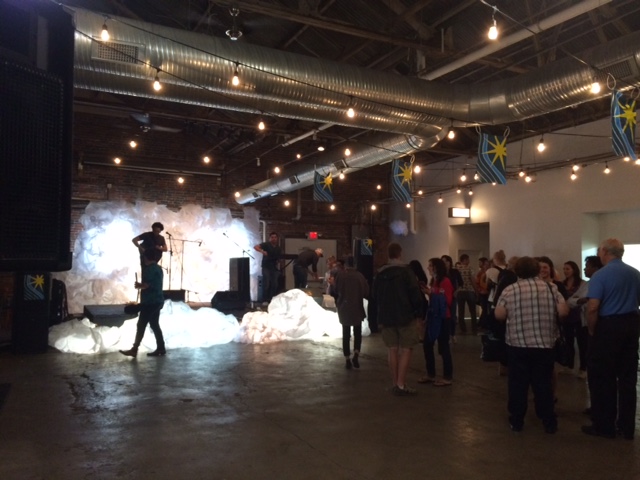 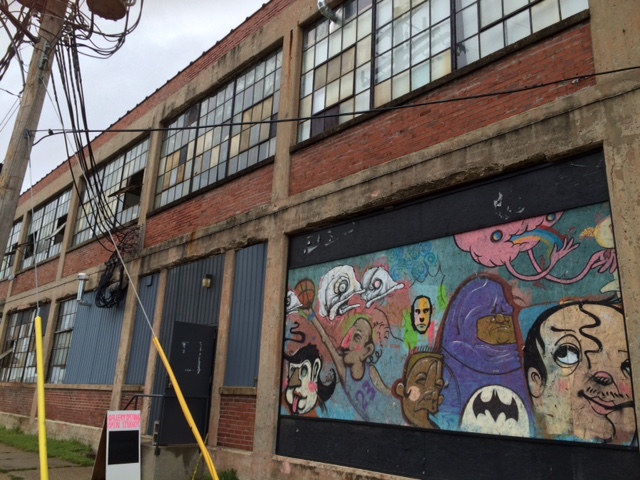 The second factory has been renovated to house what is apparently the largest “makerspace” in the U.S. – The Idea Foundry. The Idea Foundry consists of more than 20,000 square feet of space divided into work areas by discipline, including woodworking, metalworking, blacksmithing. It has over 200 members who pay a monthly fee to use the machinery and tools, and who also gain access to lower priced workshops and training. 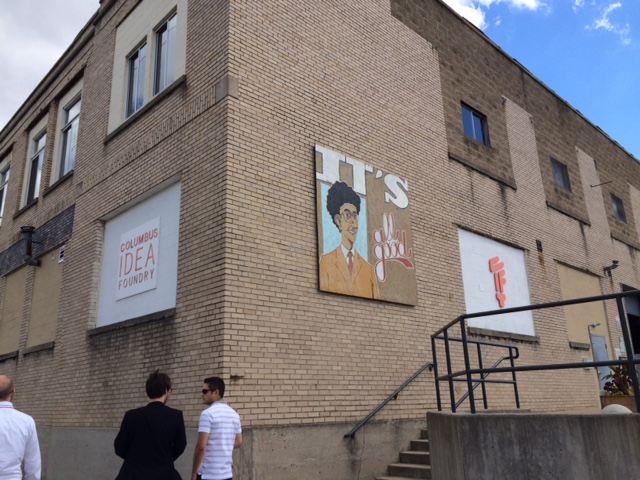 Each of these co-op spaces was created with a combination of public and private investment; according to Hendrickson, this is typical of Columbus’ approach to revitalizing neighbourhoods, and has earned the city much recognition.

With built-in affordable living and working spaces for artists of all descriptions, East Franklinton seems less likely to fall victim to the often-quoted sequence of gentrified neighbourhoods that we reference in The Mastering of a Music City: rundown area; artists and musicians come in, make it ‘cool’; rents go up and artists and musicians can’t afford to stay there any longer.

If the How to Build a Music City initiative is predicated by this same balanced approach, I am confident it will be very successful.