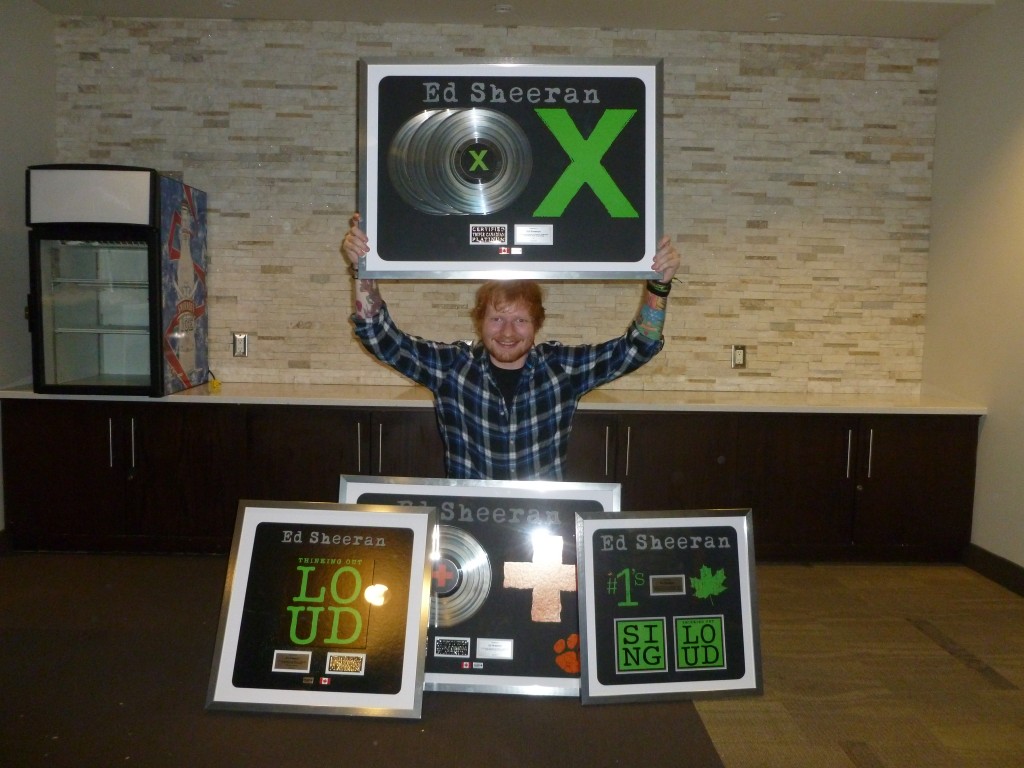 English singer/songwriter Ed Sheeran, who’s currently touring through the country on the Canadian leg of his 2015/16 world tour, was presented with several plaques in Toronto this weekend by Warner Music Canada prior to his June 6th sold-out show at the Air Canada Centre. Sheeran received a Double Platinum plaque for his 2011 album + and a 5X Platinum digital download plaque for his track “Thinking Out Loud” from the Triple Platinum 2014 album X, which Sheeran was also presented a custom plaque for. The fourth plaque (pictured far right) commemorates his #1 singles at Canadian radio for “Sing” & “Thinking Out Loud”.