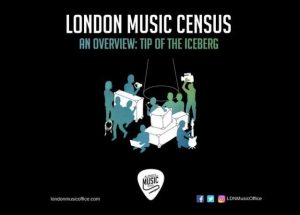 The census was successful in shaping a deeper understanding of the state of London’s live music sector. The results revealed that the city’s music industry is concentrated in the realm of popular music, that there exists a wide variety of music businesses in the city, and that, interestingly, few music businesses are applying for government grants. Several key statistics emerged from the London Music Census, including: 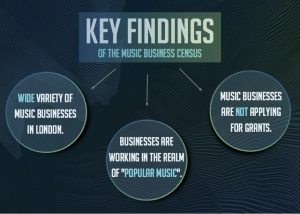 London has made serious efforts in the past few years to support its local music community. This particular initiative is part of the London Music Strategy, which was released in August 2014, and also supports the city council’s 2015-19 Strategic Plan, which includes strong language calling for the strengthening of economic growth in the city’s cultural sector, the support of cultural programming, and celebrating and promoting culture.

“The London Music Strategy is a key part of growing our economy and promoting culture in London through our Strategic Plan,” said Mayor Matt Brown. “The results from the London Music Census will give us a detailed look at how we can cultivate and support London’s already eclectic and thriving music scene.”

The census, which obtained over 1,500 responses, took place over the summer of 2016. The survey, which was posted on the music office’s website, was broken up into five categories: Musicians, Venues, Festival/Event Organizations, Music Industry, and Music Fans. 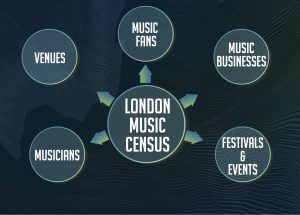 “The London Music Census provided an opportunity to understand our advantages, issues, and gaps faced by the growing local music industry in London,” said Cory Crossman, London’s Music Industry Development Officer. “Through community and industry support we collected a database of assets and baseline figures for future analysis and measurement.”