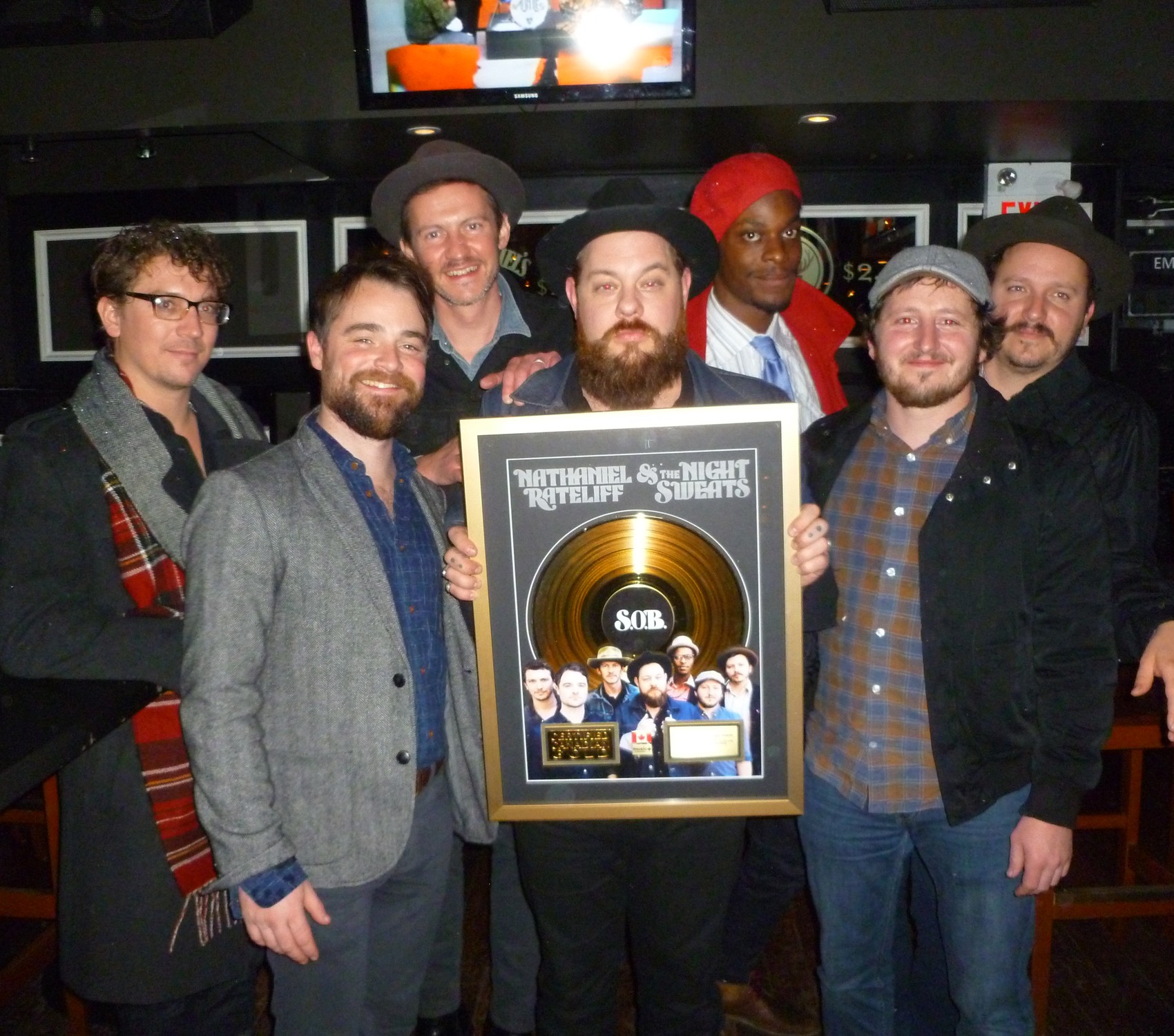 Prior to their sold out show at Toronto’s Pheonix Concert Theatre Wednesday night, soulful rock group Nathaniel Rateliff & The Night Sweats were presented with a Canadian Gold award plaque for their breakthrough hit “S.O.B.” by Universal Music Canada.

This is the first award plaque for the band, as Canada is the first territory to certify the track. The band shared their appreciation for their Canadian support with a photo on their Twitter account.

The band will return to Canada in mid-January for shows in Edmonton, Calgary and Vancouver. You can watch the video for “S.O.B.” off their 2015 self-titled album below: