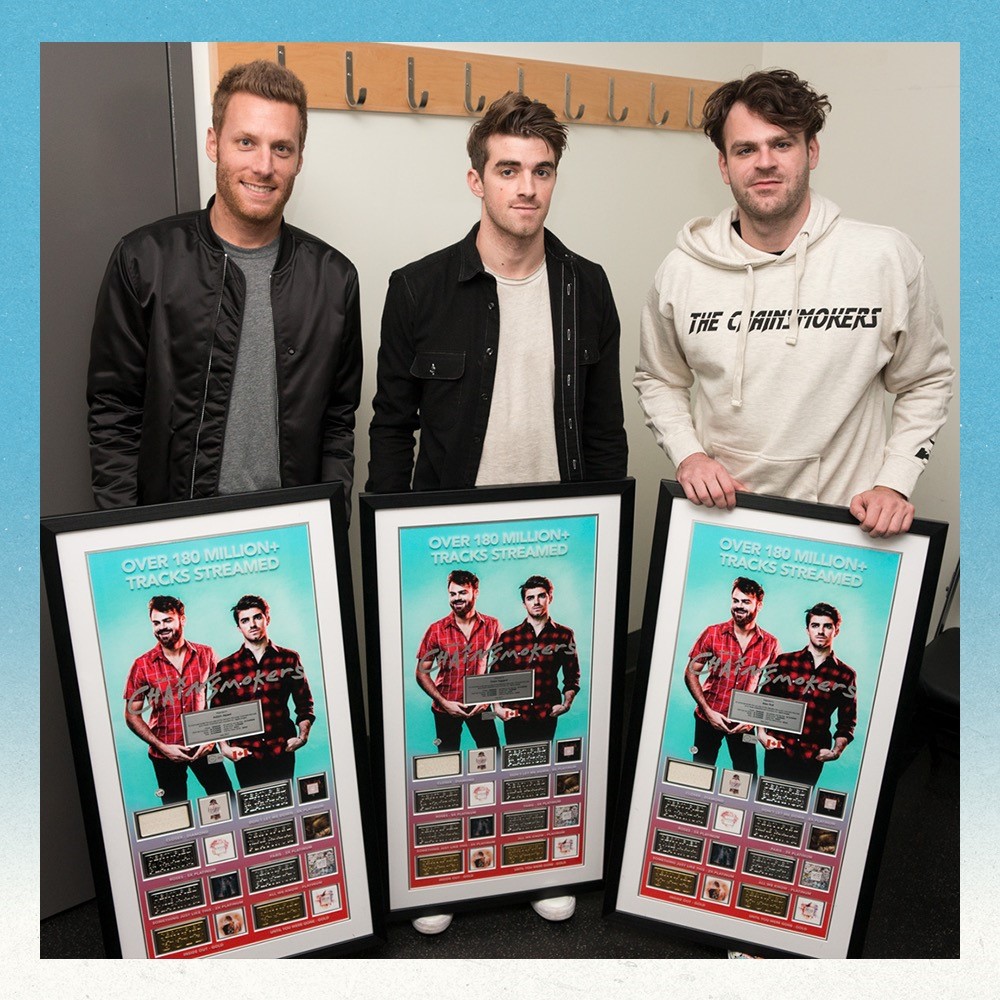 The Chainsmokers are now Diamond-certified artists in Canada! Prior to their show at Toronto’s Air Canada Centre, the American DJ/producer duo was presented with custom plaques commemorating the Diamond certification of their smash hit “Closer,” as well as seven of their other Canadian-certified hits.

“Closer” joins Drake’s “One Dance” and Adele’s “Rolling In The Deep” as the third track in 2017 to be certified Diamond, which combines on-demand streams and digital download sales. The new certification guidelines were launched in September 2016, with Mark Ronson & Bruno Mars’ “Uptown Funk” becoming the first track certified under the new criteria.

The full list of certifications included in The Chainsmokers’ award plaques is:

The video for “Closer” can be viewed below.