Ticket Giveaway: Retweet To Attend A Screening Of WHIPLASH In Toronto On October 23, 2014

Following the screening, we’ll head on over from Scotiabank Theatre to Adelaide Hall for the official after party!

Want to go? Simply retweet Music Canada’s tweet below by Wednesday October 22 at 12 PM and you’ll be automatically entered to win a pair of tickets to the screening and after party. You must be 19+ to enter. Transportation to Toronto will not be provided. 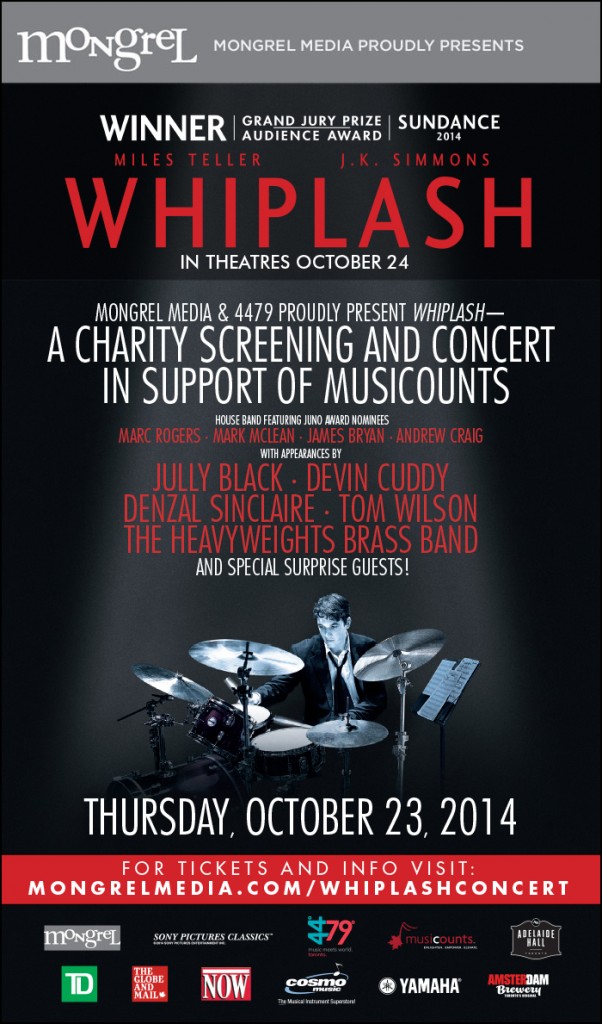