This story is almost unbelievable, unless of course you are a student of Russian history, in which case, what has happened to these young women was entirely predictable. This is a country that has never in its entire history known anything remotely approaching democracy. The Who’s famous “meet the new boss..same as the old boss” was never so applicable. There is a wonderful story about Stalin trying to explain what his job was to his aged mother…finally in exasperation he said, “Mama, do you remember the Tsar?” She nods, he continues with a smile, “Well, I am just like him!” NO fracking kidding. And so, today, is Putin. Nadezhda Tolokonnikova, one of the imprisoned women, makes this clear when she says, ““To my deepest regret, this mock trial is close to the standards of the Stalinist troikas.” Close? I would say it was no different at all. I also think the music angle is interesting. The Times points out that “But while they have become minor heroes in the entertainment world, Pussy Riot is far more political than musical: Its members have never released a song or an album, and they do not seem to have any serious aspirations to do so.” While they may not be musicians, how interesting that they chose music as their vehicle of protest. And look how it resonated. This is not without reason, for music has always been a potent vehicle for protest, and has always exercised enormous power over the human imagination. Long Live Music! Our thoughts and prayers should be with these oppressed young women, two of whom have young children.

There is another extraordinary angle to this story which is only just emerging, and that is that Nadezhda Tolokonnikova, as you can see here appears to be a permanent resident of Canada and holds an Ontario Health Card. She is in fact married to Peter Verzilov, a Russian who also holds Canadian citizenship and who was interviewed by the CBC. This raises a very real question about what Canada should do to assist Tolokonnikova.

The Rambler by Graham Henderson: Mourning the passing of Brent Grulke

The music community mourns the passing of one of its best: Brent Grulke.

I was not a close friend by any means, but I certainly knew him and was profoundly aware of the pivotal role he played in developing the SXSW music festival into a premiere event on the world stage. He made a difference in the careers of hundreds of artists.

Brent was also a huge fan of my wife Margo’s music. We had a chance to have dinner two years ago at Midem. With us were dear friends Katrina and Alasdair McMullan and Susan Abramovitch. It was Brent’s 50th. And as a present to him, Katrina had promised him he would sit beside Margo and so they did. 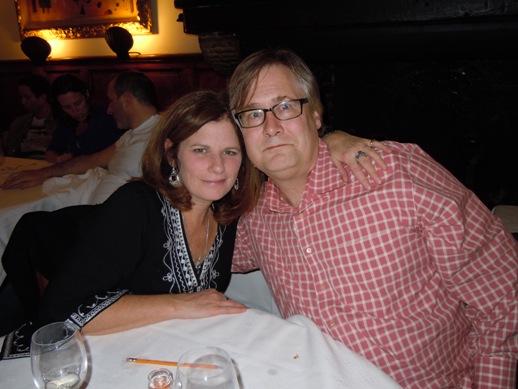 The two of them talked their way thru dinner and late on into the evening. It was magical.

How could any of us have known that this terrible, terrible tragedy stalked Brent. Brent leaves behind his wife and a seven year old son. And the thought of that simply breaks my heart.

As the Romans would have said, Ave Atque Vale, Brent Grulke, Hail and Farewell. The world has lost something this week that it cannot easily replace.