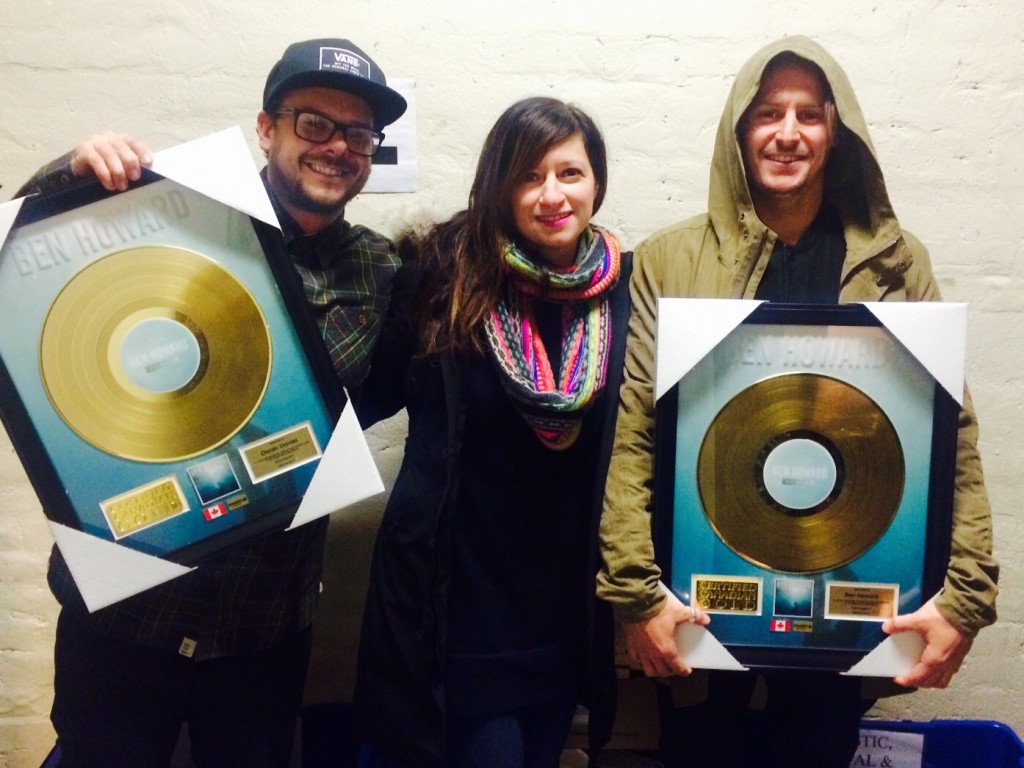 UK singer-songwriter Ben Howard was presented with Canadian Gold album award plaques in Toronto, ON last week for his 2011 Mercury Prize nominated LP Every Kingdom, which was officially certified earlier this year.

Howard (pictured right) along with with his manager Owain Davies (pictured left) were presented with the awards by Universal Music Canada publicist Mima Agozzino prior to his 2 sold-out shows at Toronto’s Massey Hall on February 1 &2, 2015. Howard is currently on a North American tour in support of his 2014 album I Forget Where We Were, which also featured Canadian stops in Montreal, QC and Vancouver, BC.

The video for “The Wolves” can be viewed below: