Yesterday, Rod Jackson, CEO of the Barrie Chamber of Commerce, authored a column in the Barrie Examiner, expounding on the benefits that the Burl’s Creek Event Grounds brings to the community. The event grounds is host to two large-scale, world class events: the WayHome Music Festival and the Boots and Hearts Music Festival. Together, they draw more than 75,000 people to the Barrie and Oro-Medonte area. 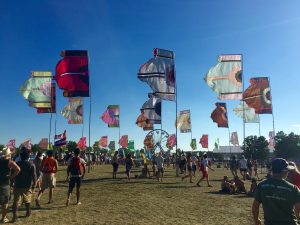 “The massive economic impact of Burl’s Creek events on the region clearly assists many of our hotel, food and beverage, tourism and trades members,” writes Jackson. His op-ed identifies the various benefits that festivals like these bring to both the community, the city, and the businesses of the region:

In addition to the economic impacts, the festivals support various charities in the community. Last year, they donated approximately $40,000 to the Seasons Centre for Grieving Children and Royal Victoria Regional Health Centre.

“We at the Barrie Chamber of Commerce are proud to have such an active and contributing community business as a member of the chamber,” writes Jackson.

The Chamber of Commerce isn’t alone in speaking about the benefits that these festivals bring to the community. Last year, the Central Ontario Music Council outlined its Music City vision for downtown Barrie to city council. They want to see the city capitalize on its music assets and leverage the events that take place in Burl’s Creek to bring more visitors to downtown Barrie. One option they recommended was to create events within the city—pop-up shows and local performances—that would function as a “road to WayHome” in advance of the popular festival.

You can read the Barrie Chamber of Commerce letter yourself here.