The Rambler by Graham Henderson: Searching for Results in Google’s Announcement

The music world has been buzzing recently about the unexpected announcement from Google that in determining the priority for ranking search results, it will begin to take into account the number of valid copyright removal notices received on any given site. This means that sites that have been subject to a large number of removal notices (to Google) may appear lower in Google’s search results, with legitimate sites likely appearing higher in the results.

Music industry stakeholders have issued cautious statements praising the move. Mark Mulligan has weighed in on both the effectiveness of the move and Google’s motivation. Canadian IP Lawyer Barry Sookman has had something to say, as has Christian Castle. Castle, with his usual perspicacity and humour, has raised a doubt or two (see Mullets, Platform Shoes, Mack Daddies and Public Knowledge).

David Lowery, famed front man for Cracker and Camper van Beethoven, has also raised some interesting questions here, among other things wondering why Google doesn’t simply “delist the site completely”. He also raises the contentious issue of advertising. Pointing to a famously illegal site, he asks, “more importantly if Google knows that this site is full of infringing links why is DoubleClick (3 days later) still serving ads onto this site? Doesn’t this go against your stated advertising policies?” Finally David posed a question for Google, suggesting, “my data seems to indicate that this change took place a while ago, and you are only just now announcing it?” If this is true and the policy is already in place, it makes what I discovered in my search for Carly Rae Jepsen’s “Call Me Maybe” all the more egregious (see below).

So I guess you can put me with these folks in what I would describe as the “I will believe it when I see it” camp.

Google has been so slow to come to the table on the issue of piracy that one would be foolish not to entertain a scintilla or two of doubt about what their promises actually mean. If they actually follow through with this, it will mean that it will be much easier for music fans to find legitimate sources for music. And this is important because as the Atlantic recently pointed out, iTunes at the end of the day is how artists who are something more than hobbyists, make their money.

But it is also important to understand what this does NOT do. It does not banish the pirate sites from the search results. It merely pushes them down the rankings. So the motivated ‘freetard’ as Andrew Orlowski calls them, will be click or two away from free and illegal. Hey – The Pirate Bay says they’re not worried.  And who are we talking about here? Well, yesterday I decided to have a stroll down thievery lane. I initiated a search for Carly Rae Jepsen’s smash hit, “Call Me Maybe” with the criteria, “Call Me Maybe download”. The top hit for me, as a would-be music buyer, was Mp3skull.com. I don’t think you have to be a music industry insider to know that this is not likely to be a legitimate site. From there I was prompted to visit sites such as mp3raid, Hulkshare, mp3raid, isohunt, thepiratebay, beemp3, kat.ph; as well as at least a dozen sites that had already been removed as a result of DMCA complaints. 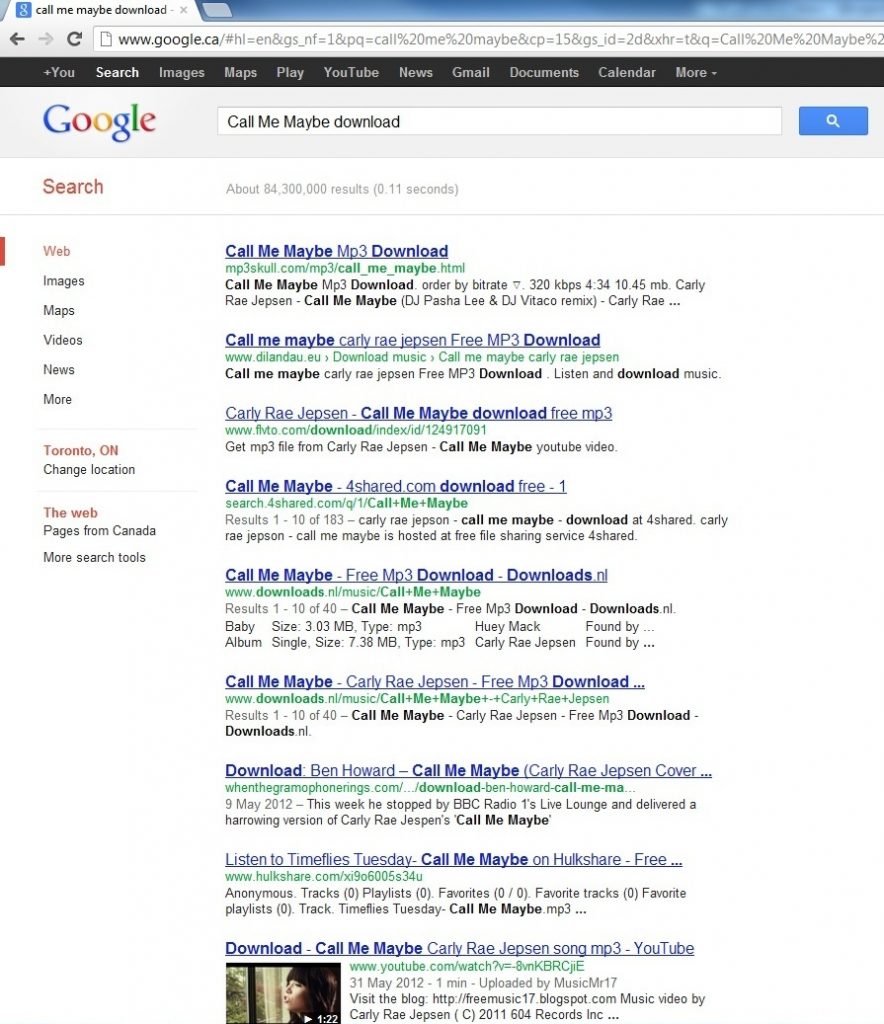 The iTunes link to her 4-song Remix album appeared on Page 2 – but this was not what I was looking for, the remix does not contain the version most of us know and which my son loves. I had to click through another five pages until I found the hit version on page SEVEN.

What other product can you think of (apart from films and games I suppose) requires you to click through 7 pages of illegal pirated sources to get to a legitimate product? Well, try it. I tried Black and Decker Toaster Ovens and the top hit was B&D’s home page and the rest of the page was filled with legitimate retail sources. 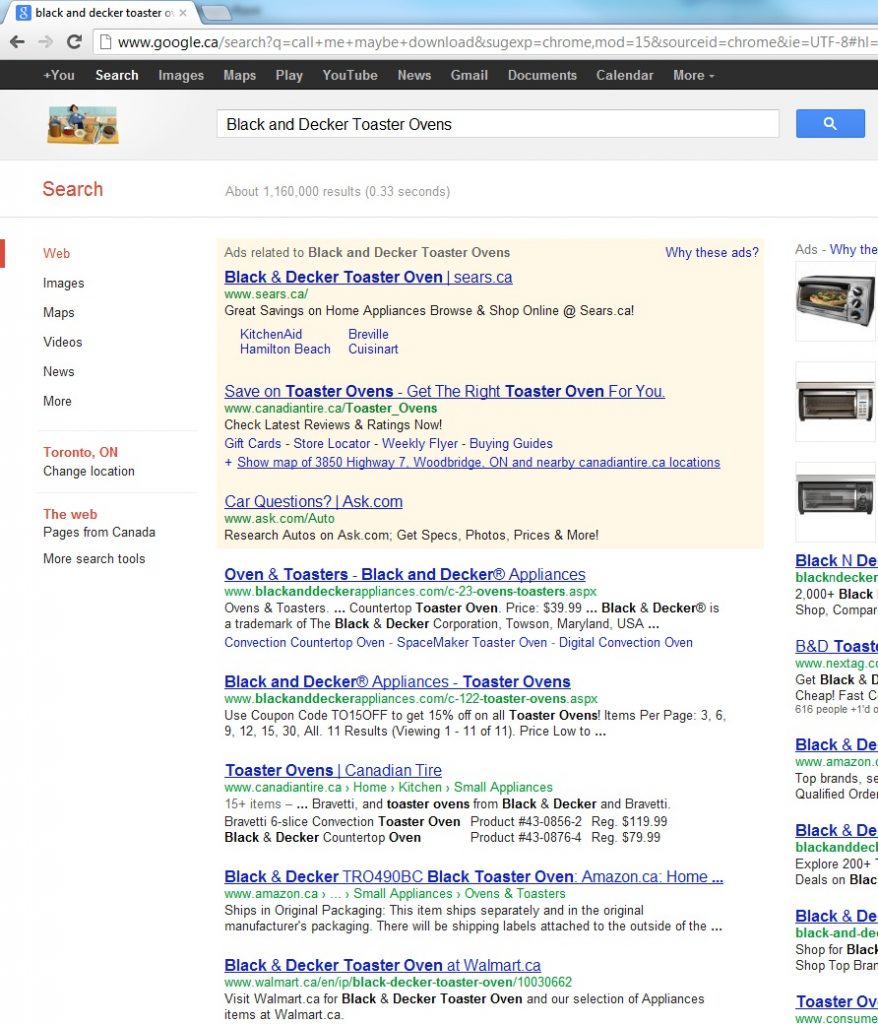 I think we all have to agree that this is utter fracking nonsense. But it was only this month that Google appears to have joined the rest of us in the realization that this is the case. So, good for them. For now I will give them credit for this ‘better late than never’ effort but I will also keep my eye on its impact.

Here’s what I will do. I am going to keep tabs on this. Each month I will select a smash hit song and look to see just how far down the rankings iTunes is. I will report on my results here in this space. Here’s hoping my skepticism is overplayed.

Editor’s note: if one types in the search box only the name of the song, Call Me Maybe, it is true that one turns up a link to iTunes on the first page; therefore one’s access to legitimate sources will clearly vary from search to search.