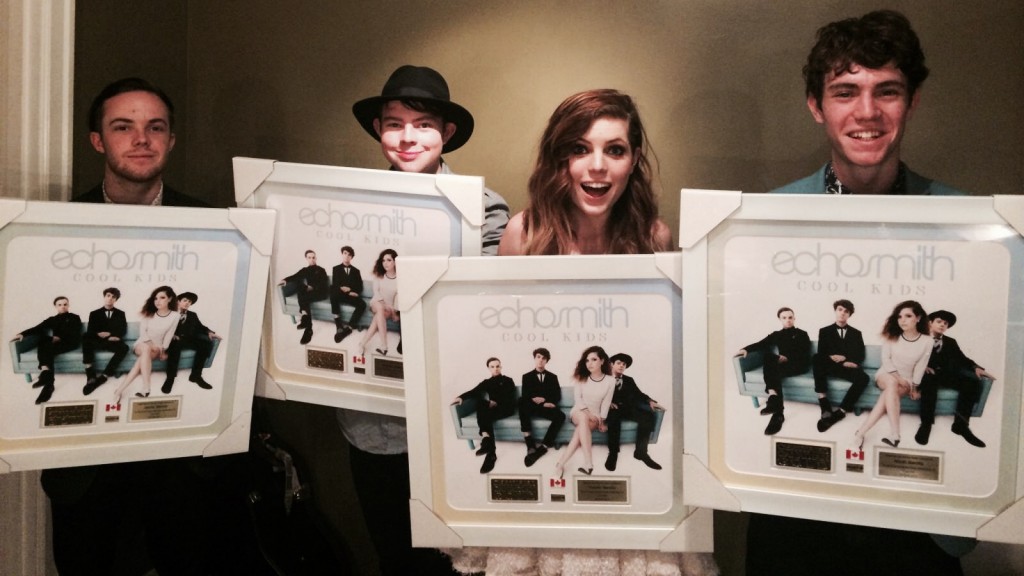 During a tour stop in Vancouver, BC on Wednesday, Los Angeles indie-pop outfit Echosmith were presented with Canadian Gold award plaques for their single “Cool Kids” off their debut album Talking Dreams (Warner Canada). Echosmith is comprised of 4 siblings: Sydney, Graham, Noah, and Jamie Sierota. This summer, the band completed their second stint on the Vans Warped Tour and is currently opening for American Authors on the Honda Civic Tour.

Upon recieving their awards, Echosmith tweeted the following:

Check out the brand new video for “Cool Kids” below: