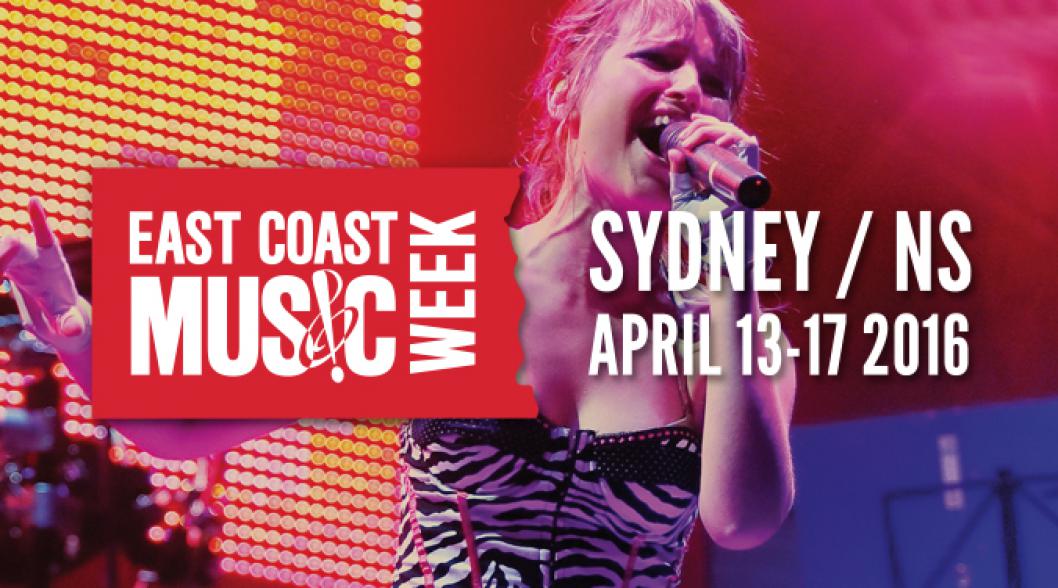 The East Coast Music Association (ECMA) Awards will return to Sydney, NS, this spring as part of the 2016 Eastlink East Coast Music Week (ECMW), happening April 13 through 17. Today, the ECMA announced nominees and performers for the 2016 Awards show, which takes place Thursday, April 14, at Centre 200, and will be hosted by Ashley MacIsaac and Heather Rankin.

“We are thrilled to announce this year’s East Coast Music Awards nominees, which once again demonstrates the incredible musical talent coming out of our region right now,” said Andy McLean, ECMA Executive Director in a release. “Adding to the excitement is the first round of East Coast Music Week (ECMW) showcasing acts, which features both upcoming and established musicians, as well as the diverse styles and sounds that the East Coast is known for. With a wide array of events happening at iconic venues throughout Sydney, and our Industry Conference taking place at the Membertou Trade & Convention Centre, the 28th edition of ECMW will truly be a memorable event!”

Leading the list of nominees with seven nominations is indie rock band Hey Rosetta!. Folk singer/songwriter Jenn Grant earned six nods, while Amelia Curran and Fortunate Ones both earned five. From now until March 16, 2016 at 5pm AST, fans can visit the Cape Breton Post website to vote once a day for the East Coast Music Awards Fans’ Choice Entertainer of the Year and Fans’ Choice Video of the Year.

In addition to the Awards Show, East Coast Music Week will feature an industry conference and a number of showcase performances. An estimated 500 musicians are expected to take part, in addition to more than 1,000 industry professionals.  Approximately 13,000 people are expected to attend all of the ECMW events, which McLean says will drive approximately $3 million in the local economic impact.

The ECMA and TD are also encouraging Nova Scotia high school students to show their musical talent through the Music Moves Me contest. Students can enter by posting a video of themselves on YouTube performing an original or cover song  and sharing it using the #TDMusic and #ECMW2016 hashtags. The winner receives $1,000 for their school’s music program, two passes to the ECMW Awards Show along with return travel and overnight accommodations. The winner is also invited to perform their song as part of the TD Pop-Up Concert at Sydney’s Mayflower Mall on Saturday, April 16, 2016.

Tickets and passes for the ECMA 2016 Award Show and ECMW Festival are on sale now.