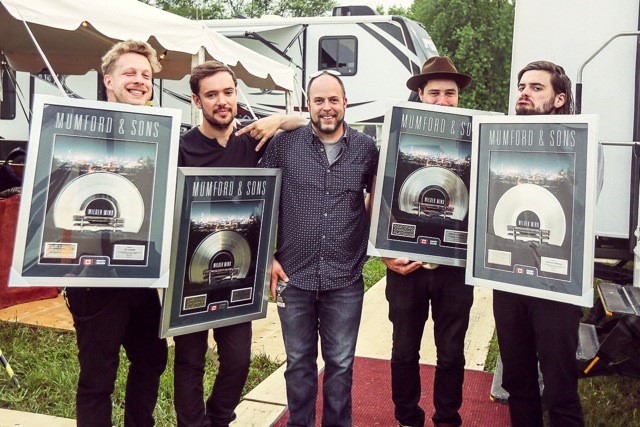 Canadian fans of UK folk-rock outfit Mumford & Sons have welcomed the band’s new electric sound with open arms, as their latest album Wilder Mind has officially been certified Platinum in Canada. After a brief hiatus since their 5X Platinum selling album Babel, Mumford & Sons returned to Canada on June 15 for a stopover on their Gentlemen Of The Road tour at The Commons in Niagara-On-The-Lake. During their visit, the band was presented with custom Platinum award plaques for Wilder Mind by Universal Music Canada and Glassnote label manager Ryan Shepard (pictured centre).

Wilder Mind’s lead single “Believe” can be listened to below, which was also certified Gold in Canada.