Everything Is PL4TINUM In Canada For Jason Derulo 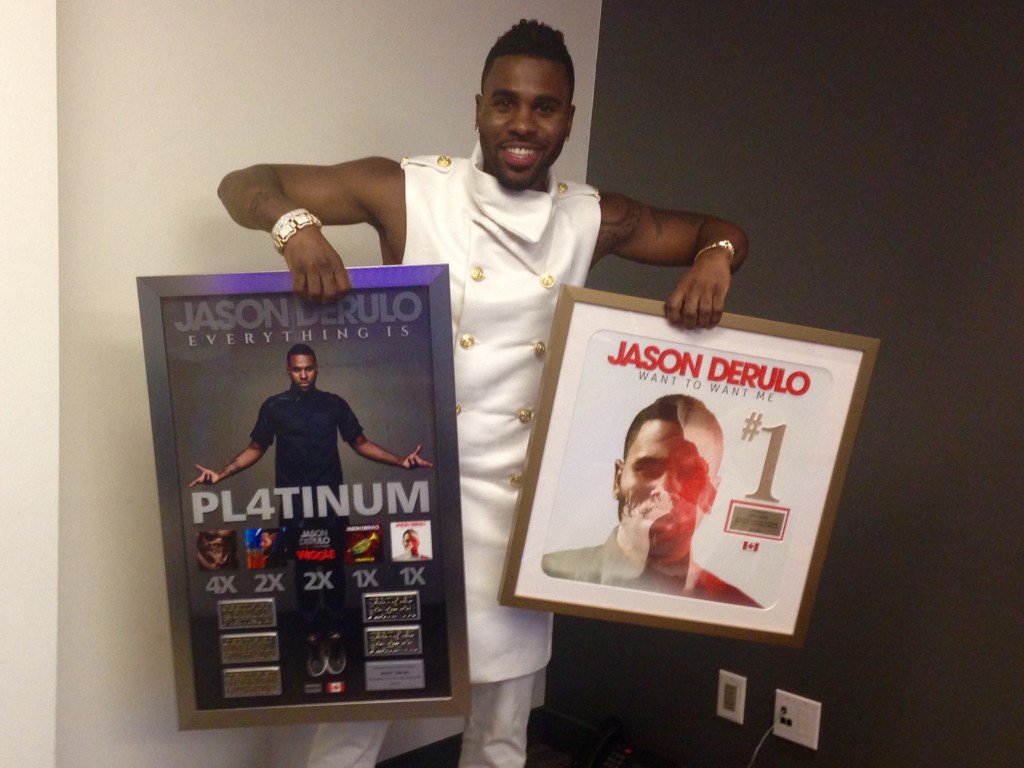 Since 2010, American R&B vocalist Jason Derulo has been a staple on the Canadian charts earning Platinum certifications for his early hits like “In My Head”, “Whatcha Say” and “Ridin’ Solo”. During a visit to Toronto for the MMVA‘s, Derulo was reminded of his devoted Canadian following when presented with a custom multi-‘PL4TINUM’ plaque by Warner Music Canada for his latest tracks “Want To Want Me”, “Wiggle”, “Trumpets” & “The Other Side”. “Talk Dirty” featuring 2 Chainz is the highest certification on the plaque at 4X Platinum. Derulo was also presented with a plaque commemorating “Want To Want Me”‘s #1 position on Canadian CHR/Top 40 radio.

The video for “Want To Want Me” from his 2015 album Everything Is 4 can be viewed below: