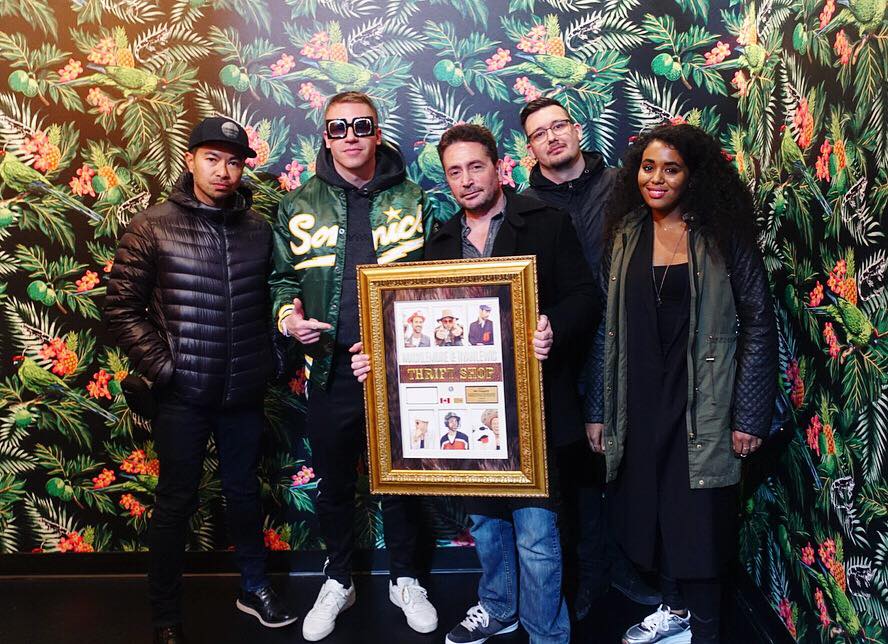 Seattle, WA rapper Macklemore was in Toronto last week for the sole Canadian date of his North American Gemini Tour. Prior to his show at REBEL, Macklemore was presented with a custom Diamond plaque by Warner Music Canada for “Thrift Shop,” his 2013 Grammy-winning breakthrough hit with Ryan Lewis from their Platinum-certified album The Heist. “Thrift Shop” was the seventh track to be certified Diamond in Canada and the sixth since Music Canada launched the new Single Award, which combines on-demand audio streams and digital track sales.

The rapper was also surprised with a Platinum plaque for his track “Glorious,” from his 2017 album Gemini. Since receiving the award, Macklemore has also earned a Gold certification for his Kesha collaboration, “Good Old Days.”

Music is art. It’s also good business. We are committed to growing this industry by investing in our top talent during our economic recovery! https://twitter.com/ontariocreates/status/1266110743407136768