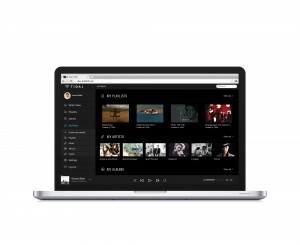 anadian audiophiles have a new option to get their fix of high-fidelity music: TIDAL, which offers streaming music in lossless quality (FLAC/ALAC 44.1kHZ / 16 bit – 1441 hbps), announced the launch of their service in Canada yesterday.

The service features a library of more than 25 million licensed songs, including catalogs of Sony Music Entertainment, Universal Music Group, and Warner Music Group, as well as a host of independent labels, plus more than 75,000 music videos.

The service is available via the web browser at http://listen.tidalhifi.com/, via apps on iPhone, iPad, Android, and can also be installed on PC and Mac computers. TIDAL is also available on home audio network players like BlueSound, Simple Audio, Auralic, and Squeezebox. 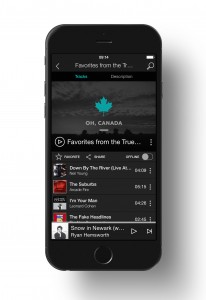 “We are big fans of Canadian music, and look forward to working even more closely with Canadian artists and the local music scene,” says TIDAL’s Head of Editorial Sveinung Rindal in a release. “Through collaborations with local magazines and music journalists we plan to showcase the best in Canadian music, such as our recently added Loscil and Ryan Hemsworth recommendations and the new EP from one of Canada’s iconic punk rock figures, Art Bergmann.”

To celebrate their expansion, TIDAL has created an all-Canadian playlist featuring a mix of “big guns” like Neil Young, Leonard Cohen, and Joni Mitchell, as well as “indie darlings” such as Arcade Fire, Broken Social Scene, and The New Pornographers.

The service is available now for a monthly subscription of $19.99, and is offering an introductory one-week free trial at for new customers.