On Wednesday, May 24, singer, songwriter, violinist, label owner and music festival organizer Miranda Mulholland will address the Economic Club of Canada on the reality for music entrepreneurs in the digital age.

Below is the event description:

Music unites us, bridges linguistic, cultural and income divides. Music heals. It connects. It provides a soundtrack to our greatest struggles and our highest triumphs.

Since the arrival of the digital age, music is more readily created, released and shared. It is available at our fingertips and it’s reaching more people than ever before.

With music’s intrinsic value in our lives and this new accessibility, one would expect that the people who create this unifying force would be thriving.

There is a widely held perception that the advent of the digital revolution has enhanced how music is created, money is made and creators’ lives are lived. There is a perception of a level playing field.

But it’s time for a reality check.

Join Artist and Entrepreneur, Miranda Mulholland as she talks about the creative process, reveals actual numbers, discusses how creators are faring in this new landscape and suggests a way forward.

The event runs from 11:30am – 1:30pm at the Toronto Marriott Eaton Centre (525 Bay Street). Lunch will be served. Tickets are available for purchase on the Economic Club of Canada’s website.

Miranda’s speech will be followed by a question and answer discussion with Kate Taylor, author, film critic and arts columnist at The Globe and Mail.

On November 1, 2016, Miranda shared her incredibly pertinent experiences as an artist entrepreneur operating in the digital age during her closing remarks at a speech delivered by Music Canada’s President and CEO, Graham Henderson, titled The Broken Promise of a Golden Age: How creators underwrote a tech revolution and were betrayed. Miranda’s remarks were so powerful they inspired the Economic Club of Canada to invite her back to headline her own event. 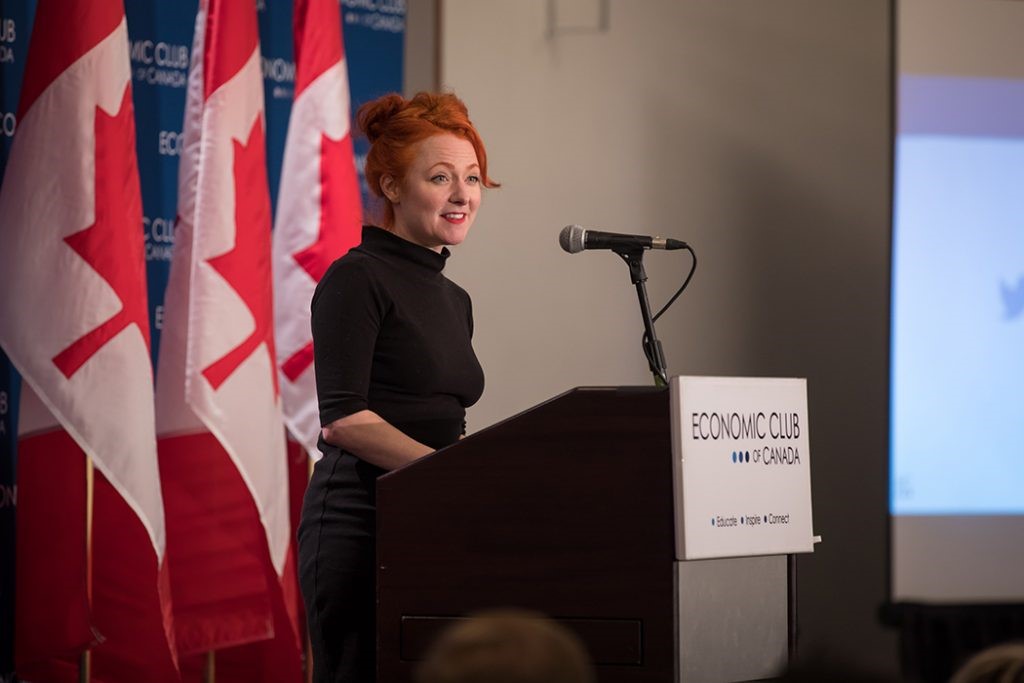 Be sure to get your tickets early, as this is sure to be a timely and impactful event!