On October 23, Music Canada held its annual Symposium event, highlighting the past year of work to create the conditions for a strong and dynamic music economy in Canada. The event brought together industry champions, thought leaders, artists and advocates to share milestones and to provide a look toward the future. The format of the event aligned with Music Canada’s Strategic Plan, a formal roadmap designed to achieve our goal of creating a marketplace in Canada where artists and the businesses who support them are fairly paid when their work is commercialized. 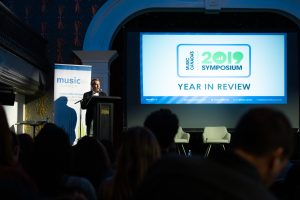 This year’s theme, Amplifying the Music Ecosystem, set the stage to deliver the results of Music Canada’s advocacy work over the past year.  CEO and President Graham Henderson opened the event by sharing the impact of the organization’s recent report Closing the Value Gap, launched to a sold-out crowd at the Economic Club of Canada this summer. Henderson outlined how policymakers have come to recognize the existence of the Value Gap and the legislative changes that are needed to fix it. He reaffirmed Music Canada’s commitment, in light of the recent federal election, to working with the government to ensure necessary reforms are considered to address the Value Gap, and to uplift artists and creators.

Henderson welcomed Farah Mohamed as an Independent Director to Music Canada’s Board. An experienced social profit entrepreneur, Mohamed also serves as the Senior Vice President to the Toronto Region Board of Trade, and has held prior roles as the CEO of the Malala Fund and founder of G(irls)20. Along with Jennifer Sloan, who was elected Chair of the Board earlier this year, these additions complement the Board with their incredible experience and insight.

“Music Canada has an important role to play in representing an industry that plays a part in most, if not all, of Canadian’s lives,” said Farah Mohamed.“As an independent Director to Music Canada’s Board, I look forward to supporting their mandate as an agent of change and a thought leader within the music community. I’m excited to be able to work to engage all players across the music industry, from the private sector to government leaders, so that artists from coast to coast to coast and the industry is strong and vibrant for decades to come.” 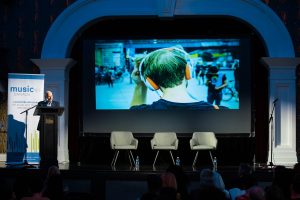 NYU Professor Larry S. Miller, Director of the Music Business Program, and host of the popular Musonomics podcast, delivered a keynote address that shared new and compelling information from his recent report Same Heart. New Beat. How Record Labels Amplify Talent in the Modern Music Marketplace, which illustrates how record labels have reinvented themselves to thrive in the era of streaming music. Miller took part in a fireside chat with Graham Henderson and Miranda Mulholland, musician, label owner, music festival founder, and Chair of Music Canada’s Advisory Council. Together, they illustrated how the changing relationship with technology impacts the future sustainability of the industry. 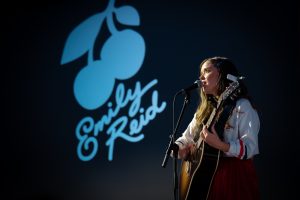 The Symposium included a rousing performance by multi-instrumentalist country singer Emily Reid. Raised in Victoria, B.C., Reid moved to Nashville to study at the prestigious Belmont University, where she immersed herself in Nashville’s Music City culture. Reid signed with Universal Music Canada in 2018, releasing her major label debut EP, Wine, this past summer. She is currently on tour opening for Kip Moore on her home turf in British Columbia, opening shows in Duncan, Victoria, and Nanaimo.

A fireside chat with Music Canada Chief Operating Officer Jackie Dean, board members Jennifer Sloan and Farah Mohamed, and Susan Marjetti, award-winning journalist and Executive Director of CBC Radio and Audio continued the conversation on the importance of diversity and inclusivity measures across the industry. 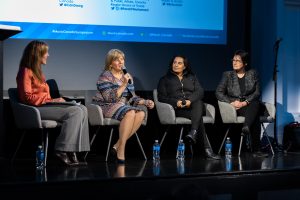 Despite distinct backgrounds and experiences, each panelist talked about the power of music to unite people in order to tackle social causes, to overcome challenges, and to promote what makes Canada special at home and abroad.

Graham Henderson presented Gil Moore with this year’s Artist Advocate Award, which recognizes musicians and songwriters for their outstanding advocacy efforts to improve the livelihoods of music creators.

“I’m very proud to receive this award today,” said Gil Moore. “But awards are not the reason I became an artist advocate – I am an advocate for music because I have seen firsthand how it can change lives. I’ve seen that in my own career as a performer, I’ve seen it with fans who are so passionate about the artists they love, and I’ve seen it with our students at Metalworks, who get into this business and invest in their careers because they love music and they are driven to succeed in this industry. I’ve also seen the way that music can empower a community, create jobs, and drive economic growth – and that is worth advocating for. Thank you to Graham and Music Canada for this recognition, and your continued efforts to grow the music sector.” 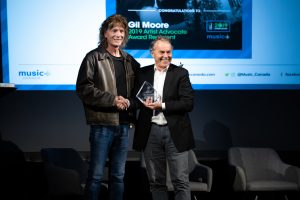 “Gil Moore has put Mississauga’s music scene on the map. We are eternally grateful for his efforts and pride he has brought to our City,” said Mississauga Mayor Bonnie Crombie. “Gil consistently champions the power of music for job creation and growth, and as a member of our Economic Development Advisory Board, he has been instrumental in the creation of the first full-time music industry position at City Hall focused on music sector development.”

Henderson also presented the President’s Award to Susan Marjetti to celebrate her work to support the industry and her deep passion for music that has had an enduring impact on the music ecosystem. “I’m deeply touched by this recognition. Like all of you, music has been such a big part of my life,” said Susan Marjetti. “Music has the power to connect us. To reflect us. To engage and entertain us. It matters deeply. And Canada just wouldn’t be the same without our music and the people who make it. At CBC Music, we aspire to celebrate and honour that every day.” 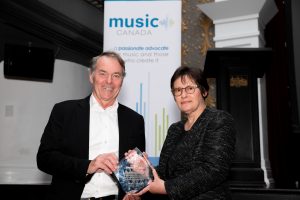 In a particularly poignant moment, Graham Henderson, Warner Music President Steve Kane, and Universal Music President Jeffrey Remedios held a moving tribute to the late Deane Cameron, former President of EMI Music Canada and a true changemaker who had an indelible effect on our industry. Together, they announced that Music Canada, with the support of our member labels, has created a new MusiCounts scholarship in Cameron’s honour. Reflecting Deane’s long standing support for Indigenous communities and programs, $15,000 has been pledged to ensure that two to three Indigenous youth will receive a MusiCounts Scholarship in 2020. Shane Carter, President of Sony Music Canada, would also have been part of the announcement, but was travelling and unable to attend.

“We are here to treasure the memory of our absent friend, Deane Cameron,” said Henderson, after quoting Cicero and Thoreau. Both Kane and Remedios spoke passionately about Cameron’s passion for Canadian artists, and of his influence and mentorship on their own careers. 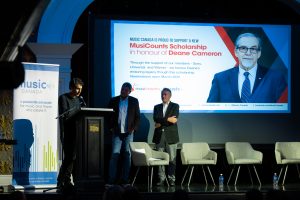 “I can’t think of a better way to honour our friend,” said Kane. “After Deane’s passing, there were a lot of fantastic stories about how he supported and inspired Canadian artists. Equally important was his role in inspiring and in nurturing business and executive talent. And I can say as I look over my shoulder, Jeffrey and I are living, breathing examples of that tutelage and that generosity. This scholarship embodies Deane’s generosity. He was generous with his time, with his wisdom. He challenged us, he taught us. And every day, we try to live up to the bar and example that he set for us.”

“He brought so many of us up in this business. Leading and guiding, but also nurturing us. Deane was my mentor and he was my biggest champion,” said Remedios.

“He taught me about making great records, and about breaking acts. He taught me about how to speak hard truths to artists – with respect, and compassion, and with care. I miss him, but he’s never far from my thoughts. I try to live up to the lessons and values that he instilled in me and so many others every day.”

Following the tribute, Miranda Mulholland performed “Ashokan Farewell” on violin in Cameron’s memory, providing a beautiful soundtrack to a moment of reflection.

Jennifer Sloan, Chair of the Music Canada Board of Directors, closed the event with a message on the importance of an industry united, and how collaboration is integral to continue to ensure that the wide range of voices can be amplified, as we strive to continue strengthening the music ecosystem.