Music Canada welcomes Farah Mohamed to its Board of Directors

Music Canada is proud to announce that Farah Mohamed has been elected an independent Director to the organization’s Board, effective immediately. Mohamed, who also serves as the Senior Vice President, Strategic Initiatives, Policy & Public Affairs of the Toronto Region Board of Trade, brings a wealth of experience and insight to our organization. 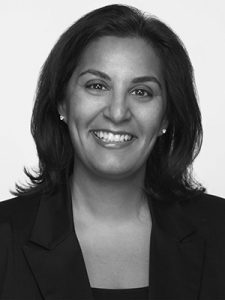 A social profit entrepreneur, Farah has worked tirelessly to engage the private sector, and government leaders, in a way that makes economic sense, to better address some of the most pressing issues facing our generation.

In her prior role as the CEO of the Malala Fund, Farah advocated for resources and policy changes needed to give all girls a secondary education, investing in developing country educators and activists, and amplifying the voices of girls fighting for change. The fund invests in the future of girls and women with more than $8.6 million towards girls’ education programmes.

And as the founder of G(irls)20, Farah structured the globally active social enterprise in a manner similar to the G20, putting girls and women at the very heart of the organization and its advocacy.  G(irls)20 cultivates a new generation of female leaders through education, entrepreneurship and global experiences. It and its young female delegates provide advice to G20 Leaders on how to increase female labour force participation and how to economically engage girls and women to reach growth targets and through a new program, Canadian girls are trained, mentored, matched and place on a not for profit board.

As well, Farah was recruited by Canadian businesswoman and former MP Belinda Stronach to establish The Belinda Stronach Foundation (TBSF). Under Farah’s leadership, TBSF created and launched the Foundation’s flagship programs, including One Laptop Per Child for Aboriginal youth. She also oversaw the Foundation’s work in Liberia and a $1M humanitarian relief effort in Haiti after the 2010 earthquake.

Of Indian heritage, Farah was born and raised in Uganda before her family was uprooted and sought refuge in Canada. Her upbringing instilled her with a strong work ethic and keen sense of curiosity, which eventually culminated in her working in politics. For 10 years, Farah worked closely with some of Canada’s most senior politicians including Paddy Torsney and Anne McLellan. Post politics, Farah served as Vice President, Public Affairs and Community Engagement for VON Canada where she was successful in building government and private sector partnerships.

“Music Canada has an important role to play in representing an industry that plays a part in most, if not all, Canadian’s lives. As an independent Director to Music Canada’s Board, I look forward to supporting their mandate as an agent of change and a thought leader within the music community. I’m excited to to be able to work to engage all players across the music industry, from the private sector to government leaders, so that artists from coast to coast to coast and the industry is strong and vibrant for decades to come.” said Farah Mohamed.