Celebrate Canada Day 2017 with free live music across the country 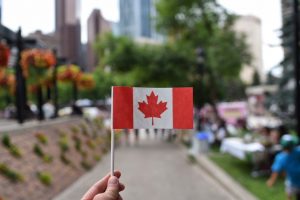 As Canada celebrates its 150th anniversary of confederation, free and family-friendly celebrations featuring exciting musical performances are taking place all over the country.  From Deadmau5 in Halifax to Bruce Cockburn in Yellowknife, there is something for everyone this Canada Day weekend.

Toronto’s Queen’s Park Canada Day celebrations have been a tradition since 1967, and this year will feature artists like Ginger Ale and the Monowhales on top of fun activities, workshops, and meet and greets.  Exciting performances from the Barenaked Ladies, Buffy Sainte-Marie, and many more will be featured at Nathan Phillips Square.  Mel Lastman Square, Humber Bay Park West, and the Scarborough Civic Centre will also host amazing performances by local, national and international artists.

Canadian music legend Gordon Lightfoot will be joined by rising Canadian superstar Alessia Cara and many more for performances at Parliament Hill in Ottawa.  Meanwhile, Canadian acts like Ruth B will be playing at Major’s Hill Park and The Lost Fingers will be featured at the Canadian Museum of History.

To be followed by a fireworks celebration, the Old Port of Montreal will feature fun activities for families and musical acts like Charles Papasoff.  At another historic site, The Forks in Winnipeg, there will be fun and free programming taking place on five stages. Musical acts include the Winnipeg Symphony Orchestra and headlining duo Whitehorse.  Meanwhile, Sam Roberts Band will be one of many musical acts featured at Canada Place in Vancouver.

On Riverfront Avenue, in Calgary, Tegan and Sara are returning to their hometown to join a lineup including a Multicultural Orchestra and Inuit throat singers.  Alberta Legislature in Edmonton will feature artists at both a Diversity stage, showcasing the richness of Alberta’s cultural landscape, and a Discovered Stage, featuring performances from exciting musicians including another Edmonton native, Alyssa Reid.