Today, Musicounts announced the 2013-2014 recipients of their Band Aid Grant program at Jean Vanier Catholic Secondary School (JVCSS) in Scarborough, ON, which is one of 70 schools from across Canada who will receive a grant to support school music programs. This year, the Band Aid Grant program is awarding more than $600,000 in funds as part of Musicounts’ mission to ensure that children in Canada, regardless of socio-economic circumstances or cultural background, have access to a music program through their school.

Music Canada and our members Sony Music Canada, Universal Music Canada, and Warner Music Canada are proud supporters of the Band Aid Grant program. This is the second year of Music Canada’s partnership with Musicounts, following last year’s pledge of $250,000 over the next three years, which supports music education programs in schools in Toronto and across the country.

“Music education is a gift that keeps on giving – from the obvious benefit of inspiring our future generation of musicians, some of whom will go on to become ambassadors for Canada around the world, to preparing students for careers in a variety of disciplines including technology and science, to instilling respect in the creative process,” said Music Canada Vice President of Public Affairs Amy Terrill. “Music education is as important as the three R’s and we are proud to do a small part to ensure it remains a priority.”

The celebration was hosted by East Coast Music Award winner Kim Stockwood, and featured a terrific performance by the Jean Vanier Catholic Secondary School band, as well as a surprise performance by JUNO Award winners Classified and David Myles. 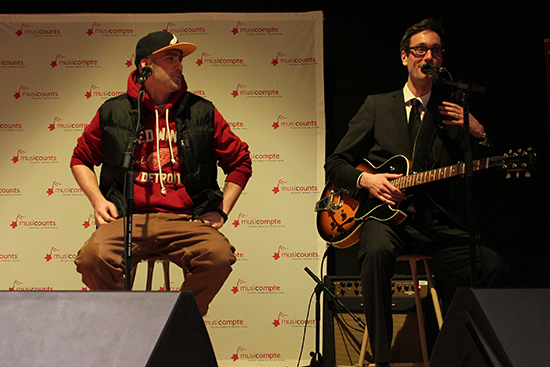 Classified and David Myles performed their hit songs “3 Foot Tall,” “So Blind” and “Inner Ninja” before revealing the instruments JVCSS are receiving as part of their $10,000 Band Aid Grant. The instruments will allow JVCSS and their musical instructor Michael Fanning to extend its popular music program to 75 additional students next year. 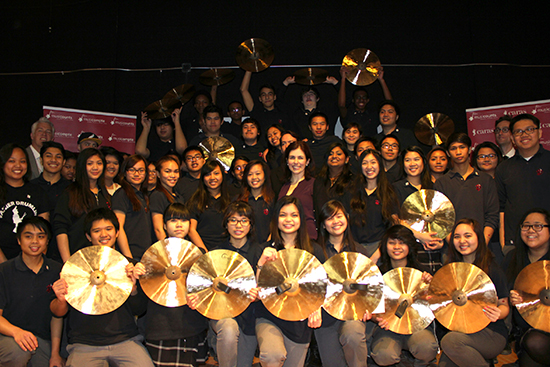 For more photos from today’s event, view the album on our Facebook page.