The ‘Anishinaabe Dreams’ music video by Webequie First Nations youth was officially released by DAREarts on January 25. The video begins with young people sharing their dreams to become a hockey player, a doctor and a baseball player. The youth then begin to sing “We know ourselves through our dreams. We know ourselves through this land where we’ve been.”

The video was produced by the national children’s charity DAREarts, which works with 9-19 year olds from schools in underserved communities to build courage, confidence and leadership skills. DAREarts (which stands for Discipline, Action, Responsibility and Excellence) began its Indigenous Program ten years ago in Webequie First Nation and has returned to the community every year. 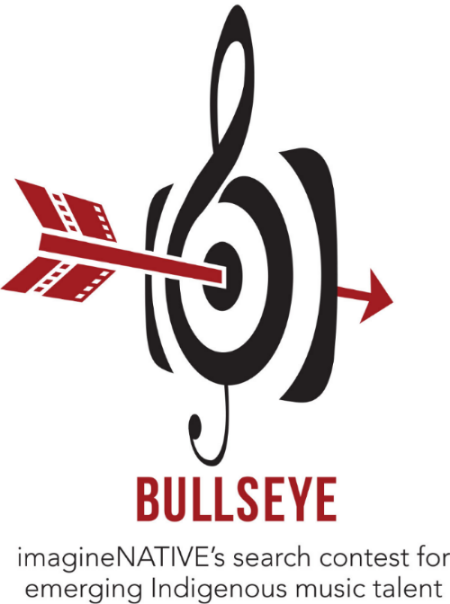 On July 19, imagineNATIVE announced that it had partnered with Slaight Music for Bull’s Eye, a new Indigenous music talent search. According to a release, Bull’s Eye “seeks to nurture Canada’s newest music talent with unprecedented opportunities, including a $10,000 cash award, to turn their talent into a career.”

Canada’s aspiring Indigenous musicians are encouraged to submit a track of their original work through the Bull’s Eye website. Applications are open until August 31. If selected, finalists will be promoted through imagineNATIVE’s social networks leading up to the 17th annual imagineNATIVE Film + Media Arts Festival, happening October 19-23, 2016. During the week of the festival, the final nominees will be announced, and the Bull’s Eye contest winner will be awarded at THE BEAT, imagineNATIVE’s annual music showcase.

In addition to promotional opportunities, the Bull’s Eye winner will receive $10,000 towards the production of the artist’s first official music video, and the chance to travel with imagineNATIVE’s annual Film + Video Tour in 2017, to promote the video to Indigenous communities across Canada. The winner will also receive professional recording sessions with an established Canadian producer for up to three original tracks.

“Slaight Music is proud to support and evolve its partnership with imagineNATIVE in 2016 with Bull’s Eye which will give new Indigenous music artists across Canada unprecedented access and resources to showcase their talent and turn their artistic passion into a career. We are very excited to partner with imagineNATIVE on this unique initiative,” said Derrick Ross, President of Slaight Music, in the Bull’s Eye release.