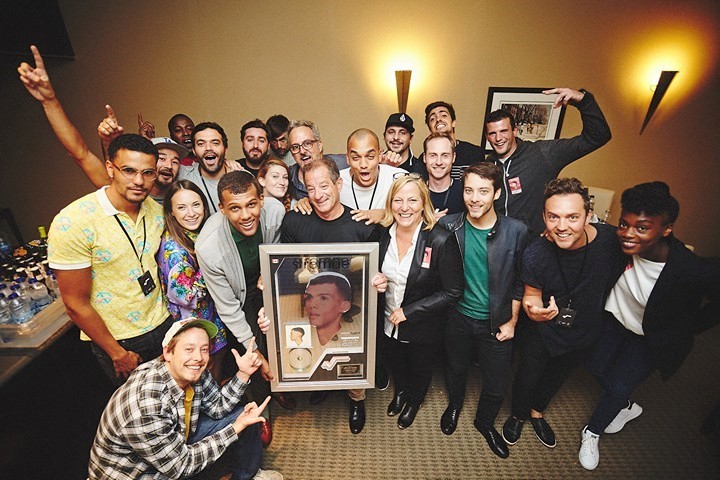 During a two-night stop in Montreal, QC on his headlining North American tour, Belgian singer Stromae was presented with a custom Platinum plaque by DEP Distribution for his 2013 album Racine carrée. The crossover francophone pop star performed September 28 & 29 at at Montreal’s Bell Centre and earlier in the week at Toronto’s Echo Beach on September 26,

View the video for “Tous les memes” below: