Congratulations to Ben Purkiss Design, who won Gold in the Muse Creative Awards’ Annual Report category for his design of Music Canada & IFPI’s The Mastering of a Music City report. The announcement was made this past weekend by the Muse Creative Awards, which is an international competition for creative professionals who “inspire through concept, writing or design, whether through traditional or electronic media.” The 2016 Awards featured more than 1,200 submissions from 33 countries around the world. 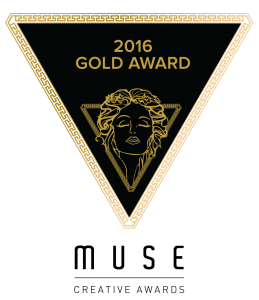 Purkiss designed the cover art, layout, and infographics for The Mastering of a Music City from scratch, creating a cohesive look for the 100+ page report. The report presents a roadmap to help local authorities, businesses, community groups, and the creative sector capitalize on the potential of music to build, grow and strengthen their cities.

“I had the incredible opportunity to work with IFPI and Music Canada on their publication Mastering of a Music City: Key Elements, Effective Strategies and Why It’s Worth Pursuing,” said Purkiss. “IFPI and Music Canada are those clients every designer dreams about; they EXPECT you to push your creative boundaries. It’s a very challenging, yet incredible experience that I am very grateful to have had.

“When I started the initial research ‘phase’ of this project, I looked for inspiration wherever I could find it; from movie intros, online ads and the far reaching depths of online portfolios,” he continued. “I wanted to create a visual masterpiece that challenged who I was as a designer and my abilities to use the software I work with every day. It certainly did not disappoint.

“I quickly discovered what was to be my main source of inspiration – clouds. Clouds are ever changing and evolving – they can hide something beautiful, or in this case, elements within a design. I took that idea to create layer upon layer of design elements – mixing colours and objects to create the overall visual cues. This was unbelievably challenging yet incredibly rewarding.”

The stunning design is a big part of the reason that the report has been so well received around the world, said Amy Terrill, Music Canada’s Executive Vice President, and lead author of the report. Since its release in June 2015, The Mastering of a Music City has been cited by an array of cities around the globe, including Sheffield, United Kingdom, Sydney, Australia, and Bogota, Columbia. To date, more than 800 printed reports have been distributed at more than thirty presentations to conferences and business association meetings in locations such as Pemberton, British Columbia, Columbus, Ohio, Aarhus, Denmark, and Brighton, United Kingdom.

“Winning a Muse Award was completely unexpected for me,” said Purkiss. “I don’t think it has fully sunk in yet, but it’s a gratifying experience knowing my work is truly recognized and rewarded.  I’ve never given myself much credit (let’s face it, most people are their own worst critics) but this is really showing that hard work can, and does, pay off – especially when you are given creative liberties from clients like IFPI and Music Canada who value the work of all artists.”

The Muse Creative Awards is administered by International Awards Associate Inc., and judged by a panel of internationally-recognized creative professionals. The panelists identified “the most innovative and creative concepts, the strongest executions, and the highest quality in messaging,” said an MCA release.

Photos of Ben’s design are available on his Behance page, and the full report is available for download in our Resources section.