Last month, at an event at the historic Warehouse Studios in Vancouver, Premier Christy Clark announced a $15 million grant towards the creation of a BC Music Fund, which will be administered by Creative BC. The event also included remarks from Music Canada President and CEO Graham Henderson, Jon Garson, President and CEO of the BC Chamber of Commerce, Diamond-certified artist Michael Bublé, and Scott Johnson, Chair of Music BC. A selection of quotes and video from the event are available below:

“Music, as it turns out, doesn’t just drive our culture, but our economy. We now understand that thriving music scenes attract and retain young talented workers and the businesses that employ them. Music, in effect, can be the glue that holds our communities together.” – Graham Henderson, President & CEO, Music Canada 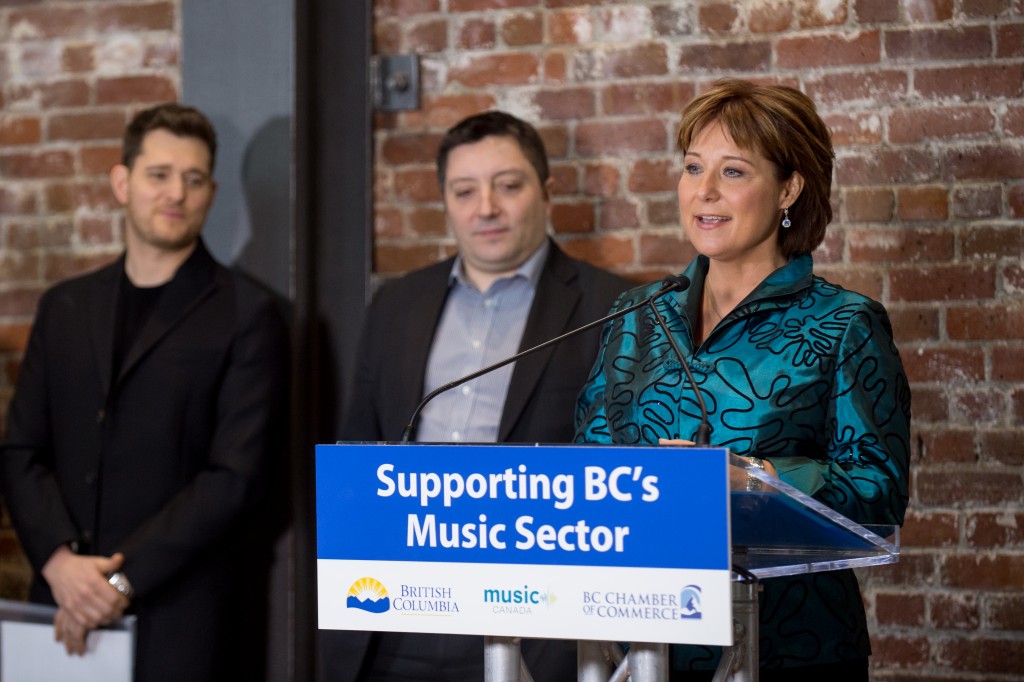 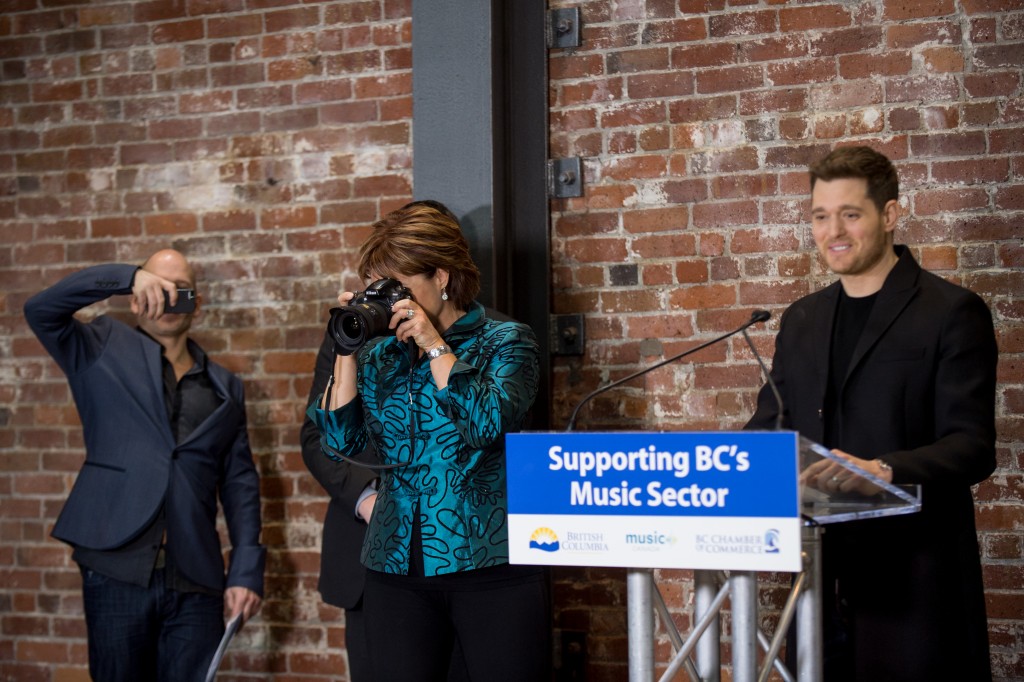 “Thanks to you Premier, people who want to pursue a music career here will be able to do so and not have to leave home, which is pretty incredible. I mean, for a long time, people have had to go to Ontario if they want to be able to afford to make the record…Truly, it’s never been tougher to develop a career as an artist. The 15 million dollars that Premier Clark has committed to this industry, is going to help that BC does everything it takes to make a thriving and strong music scene.” – Micheal Bublé 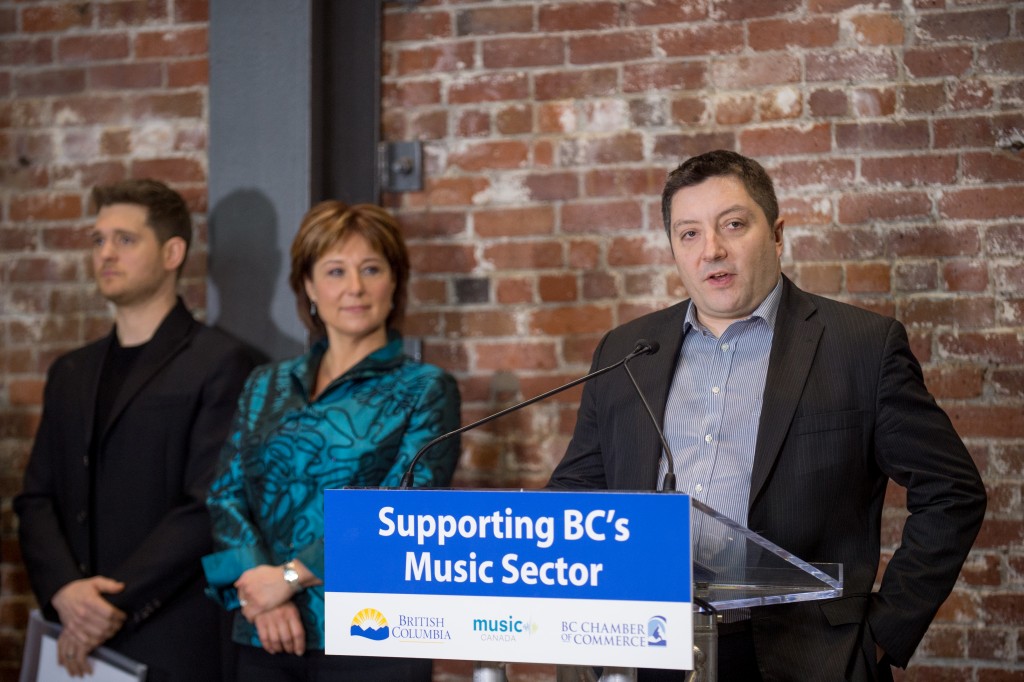 “All children need the opportunity to express themselves through music as part of their education, and know that this is a viable career path for them.” – Jon Garson, President & CEO, BC Chamber of Commerce 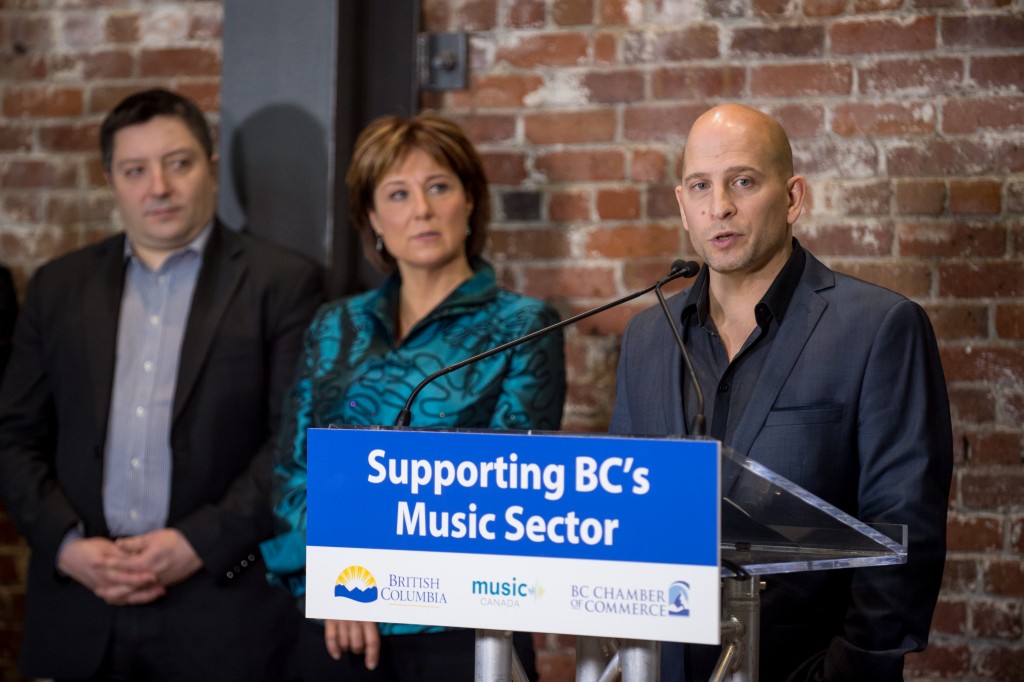 “I’ve often thought, this is the Nashville of the North…it’s time we stand up and represent ourselves as such.” – Scott Johnson, President, Music BC 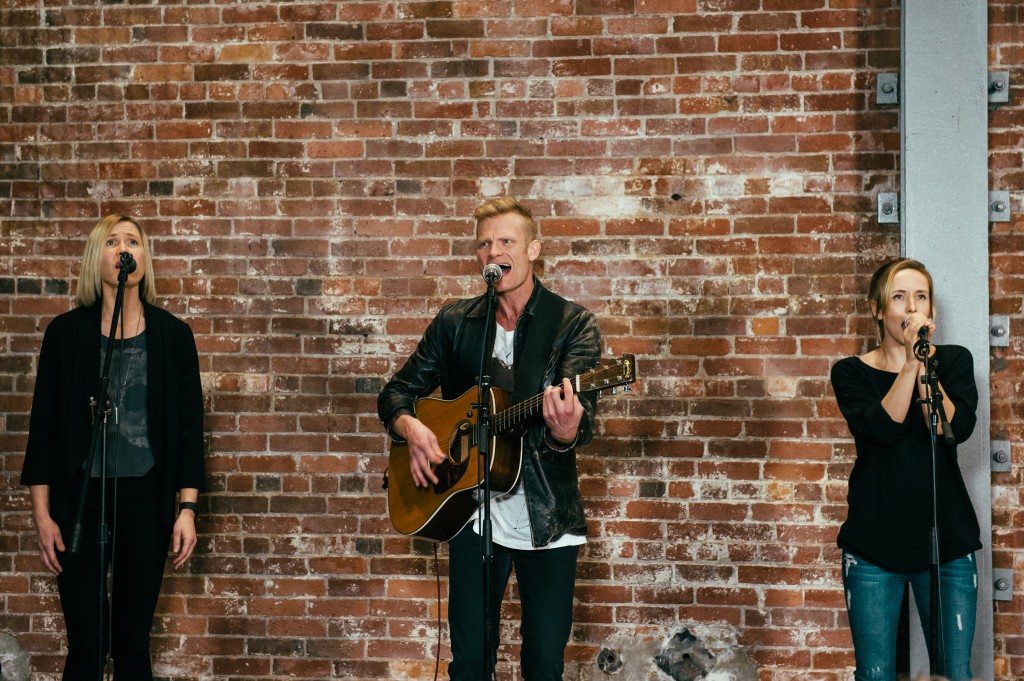 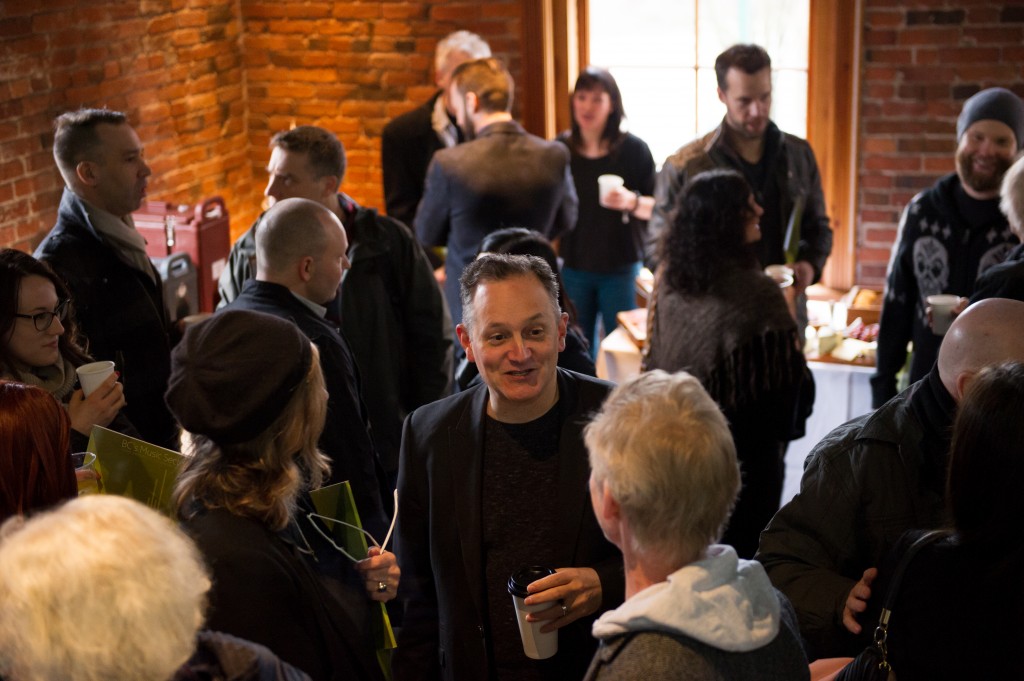 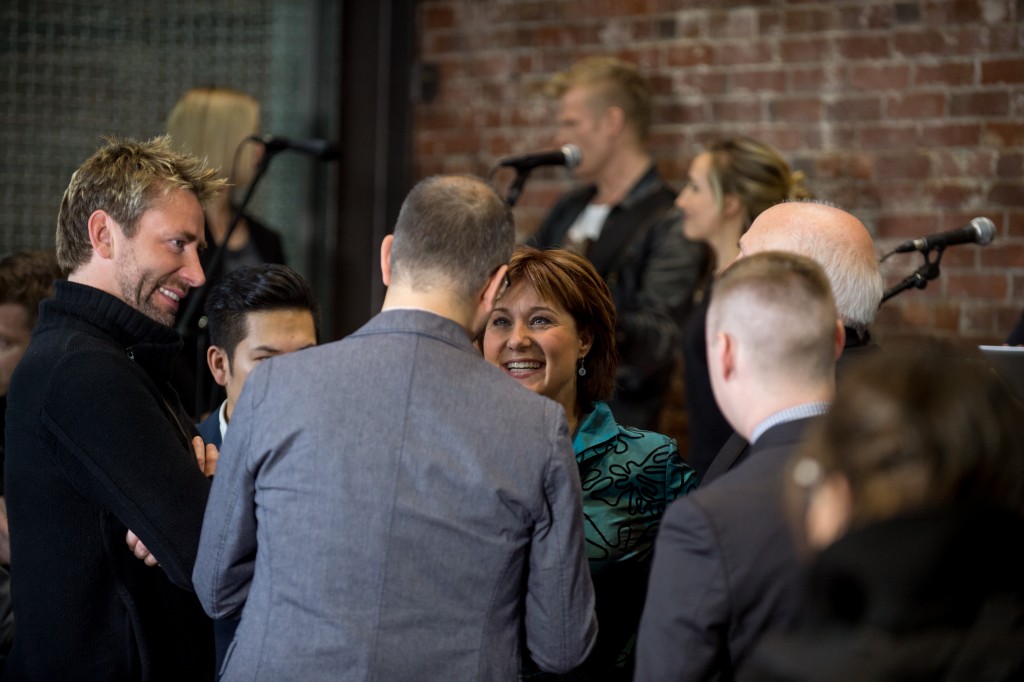