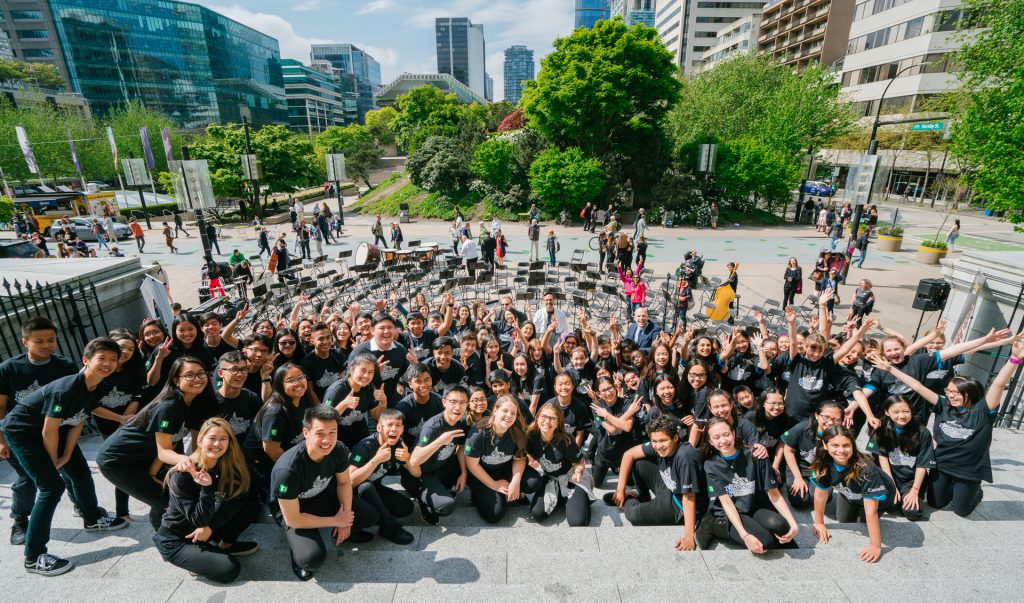 On Monday, May 6th, The Coalition for Music Education in Canada will celebrate its 15th anniversary of Music Monday with thousands of students, teachers, musicians, music lovers, and parents across the country. This year, Canadian jazz legend Oscar Peterson’s 1963 composition “Hymn To Freedom,” written during the Civil Rights Movement, will be this year’s anthem.

With music by Oscar Peterson and lyrics by Harriette Hamilton, the iconic “Hymn To Freedom” exemplifies a deep desire for respect and equality among all people living in Canada, united as a peaceful nation. The official Music Monday video, featuring a new bilingual arrangement, is available to watch below, while an Oscar Peterson learning resource has also been made available by the Coalition for teachers to review with their students ahead of next Monday’s sing-a-long.

The Coalition for Music Education in Canada was established in 1992 to raise awareness and understanding of the role that music education plays in Canadian culture and to promote the benefits that music education brings to young people. Leading up to next week’s celebration, the Coalition has also launched a fundraising campaign to support the future of Music Monday and develop new and updated advocacy materials.

Beginning at 12pm EST, Ottawa’s National Arts Centre will livestream their celebration on Music Monday’s Facebook page, which will include a massed children’s choir of over 350 youth from 10 local schools under the direction of Jackie Hawley, who will lead the sing-along of “Hymn To Freedom.”

Register your school or community organization’s music program today, and join the thousands of Canadians from coast-to-coast next Monday in singing #TogetherInHarmony.

The Long List for the 2017 Polaris Music Prize was revealed Tuesday during a press conference at Ottawa’s National Arts Centre. The announcement, hosted by Polaris founder and Executive Director Steve Jordan, was livestreamed on Facebook Live.

The announcement capped off an exciting week for Jordan, who was also presented with the Unsung Hero Award Monday evening at the Canadian Independent Music Association’s third annual Celebration & Awards Gala in Toronto.

The 10 album Short List will be revealed on July 13, while the winning album will be announced at the Polaris Gala at The Carlu in Toronto on September 18. Both events will be streamed by CBC Music.