On Friday July 10, 2015, the new global release date for music went live, where all new albums and tracks will be released on the same Friday globally. This change is referred to as New Music Fridays.

Beginning today, Music Canada’s top albums and tracks charts, which are based on Nielsen SoundScan’s sales reports, will be updated Monday mornings to reflect the new Friday to Thursday sales cycle.

Prior to last week’s switchover, Nielsen’s charts released every Wednesday reported a Monday to Sunday sales cycle, which were reflected in the weekly top 20 albums and tracks charts posted Wednesday mornings on Music Canada’s homepage. On Wednesday July 8, the last charts based solely on the Tuesday release schedule were archived on Music Canada’s website.

For more information on how New Music Fridays will effect Billboard, radio and other retail, visit Nielsen’s post on their website. The images below have been provided by Nielsen to outline the switchover. 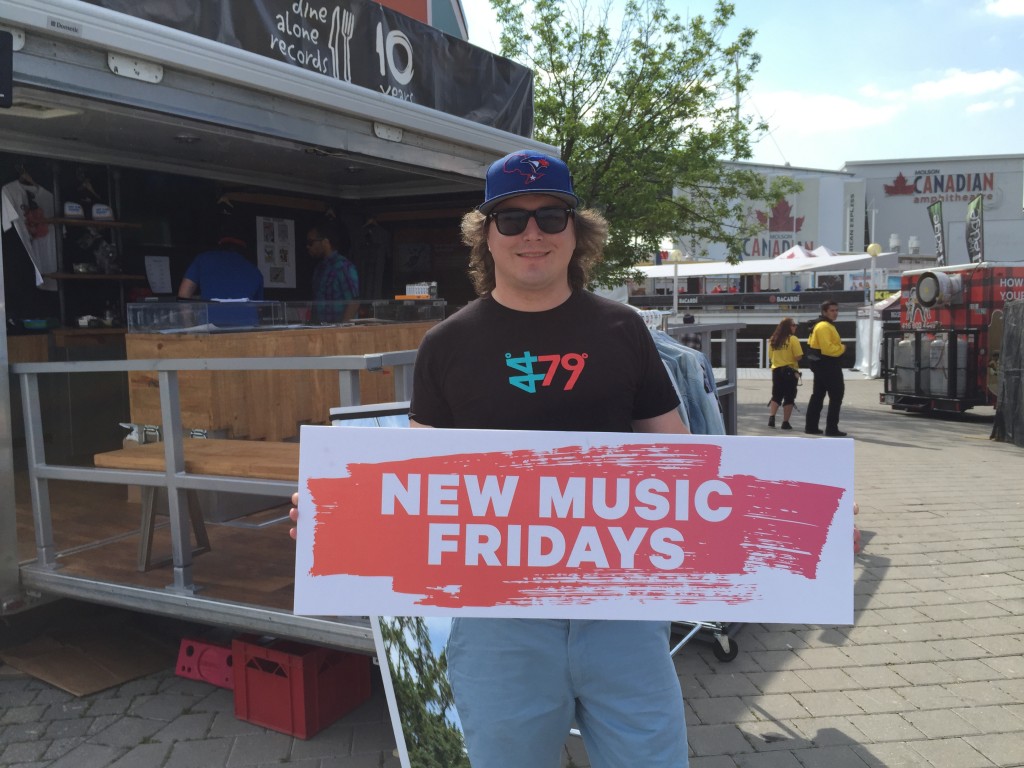 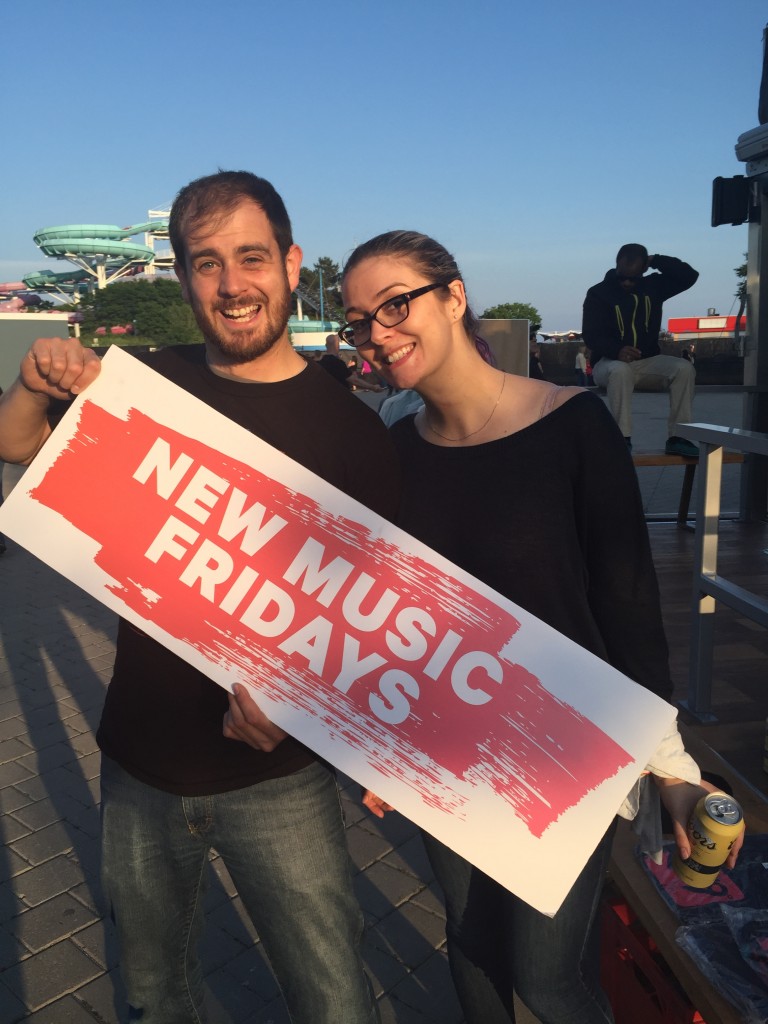 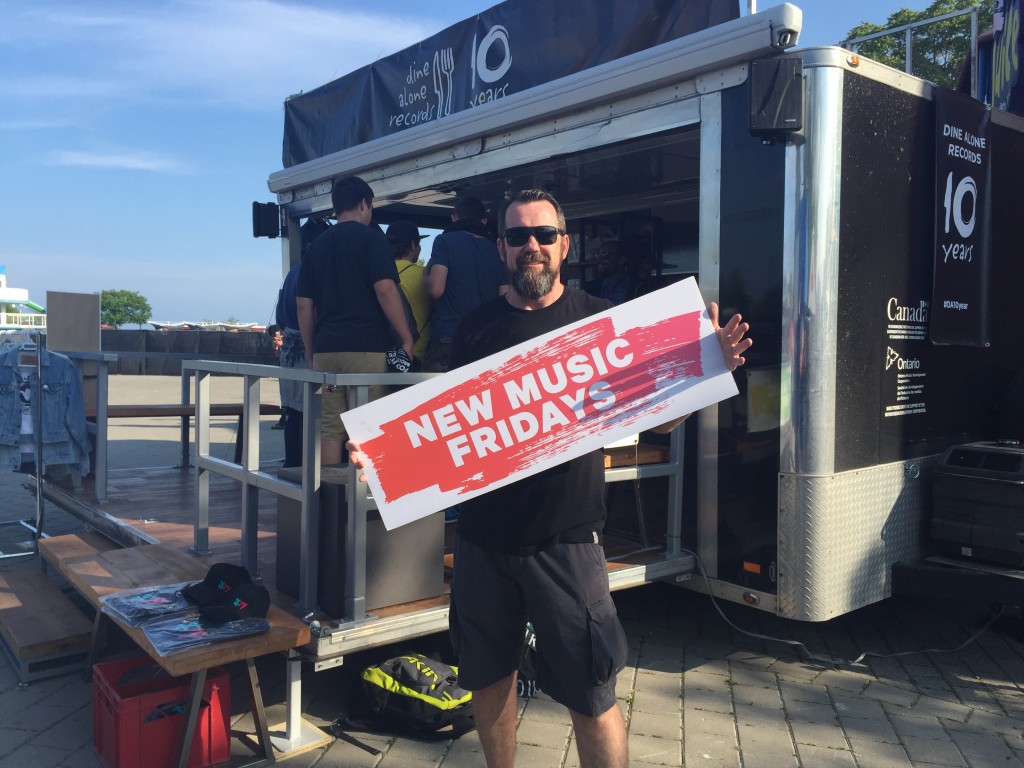 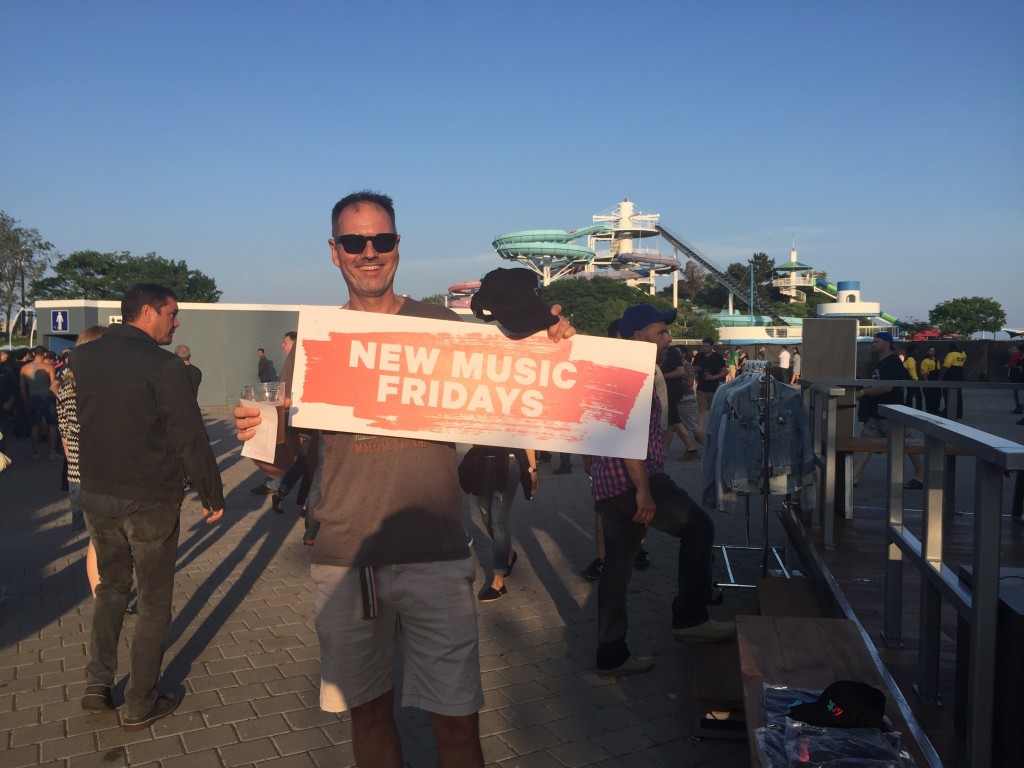 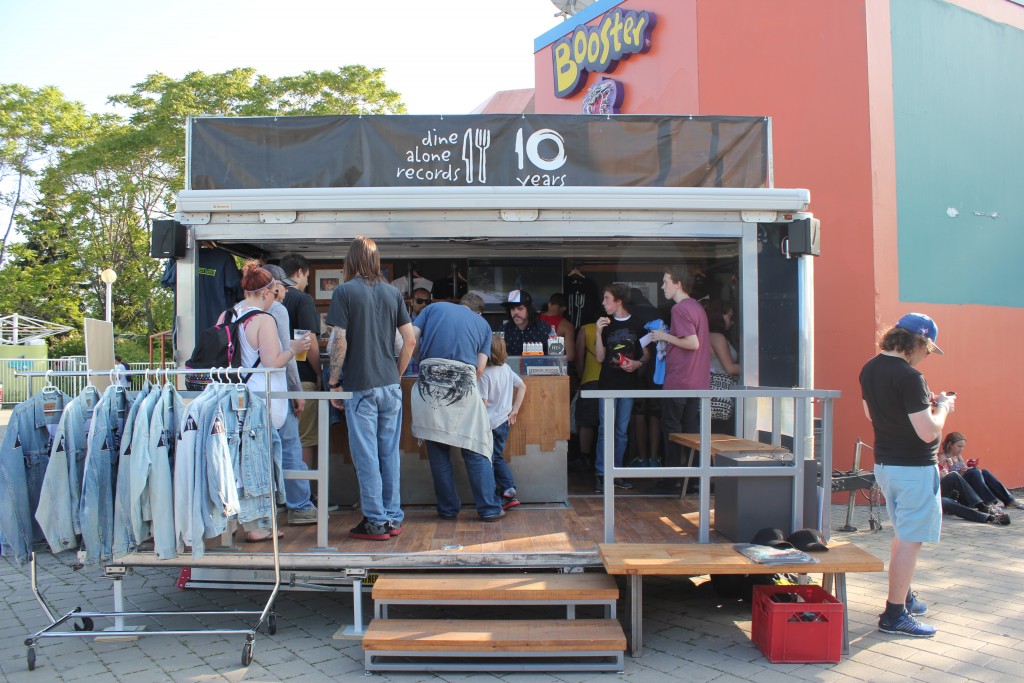 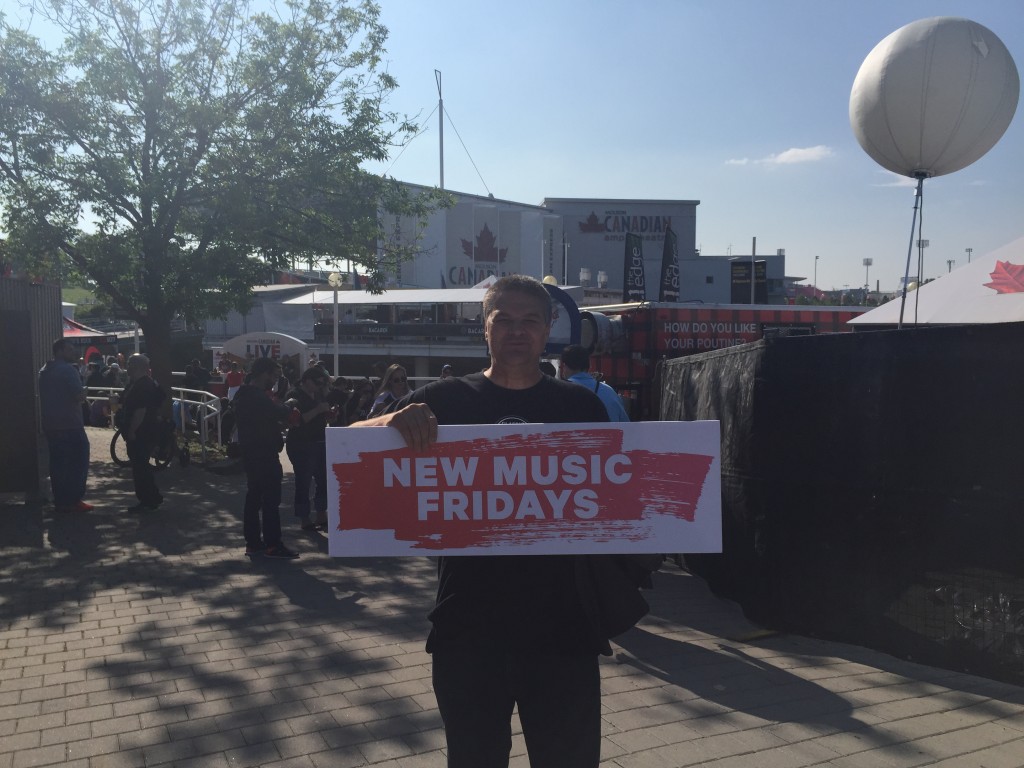 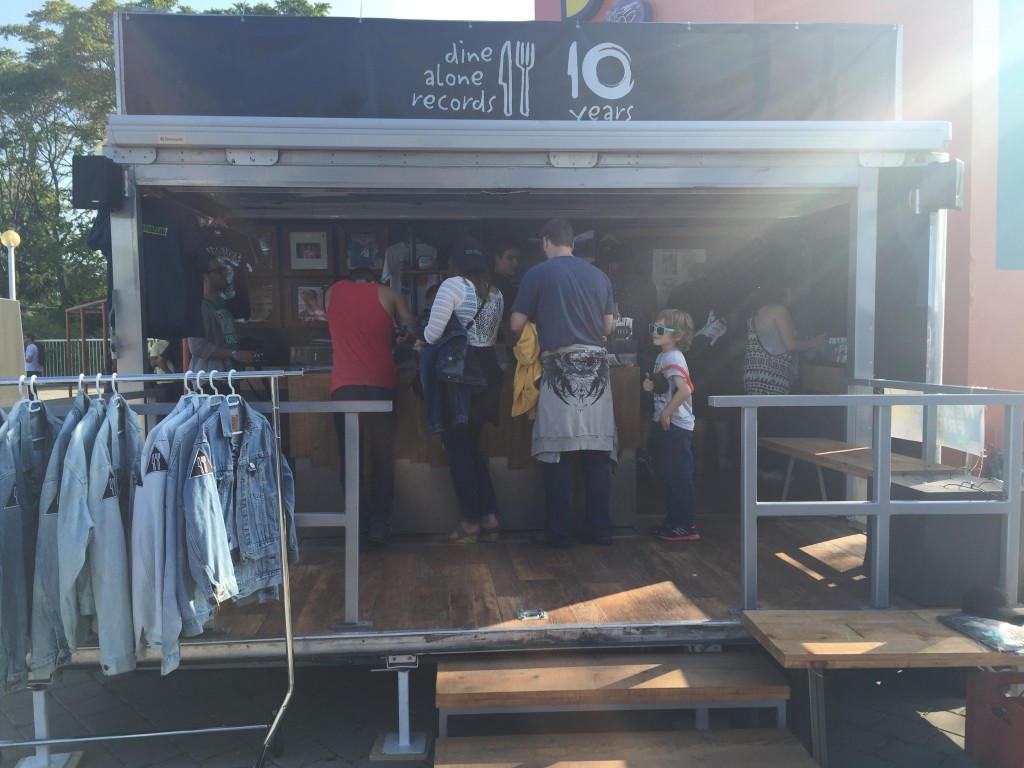 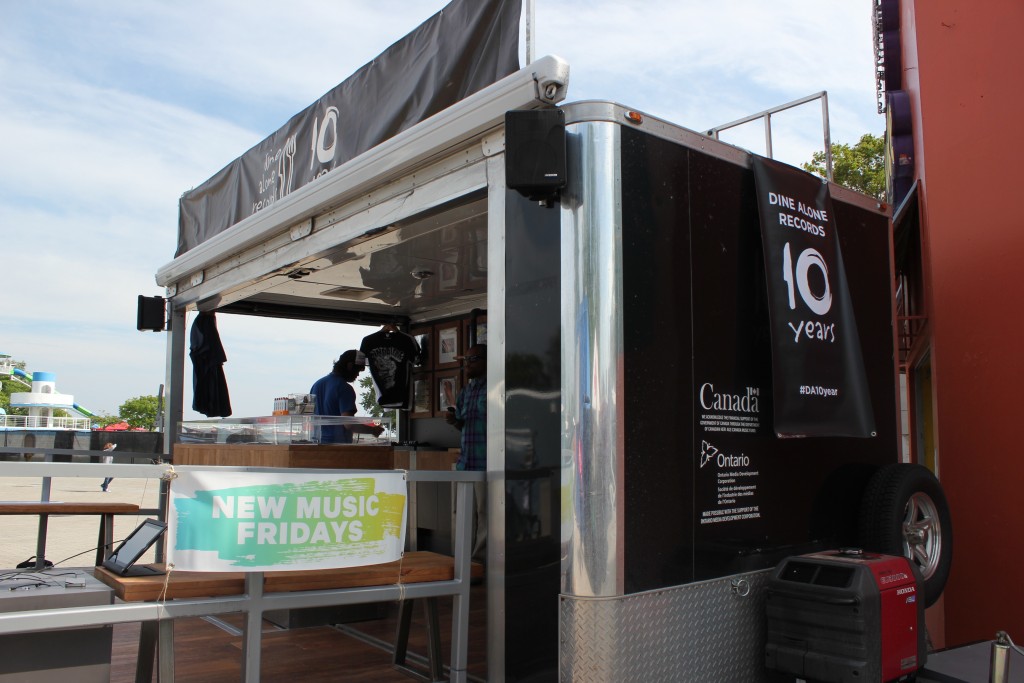 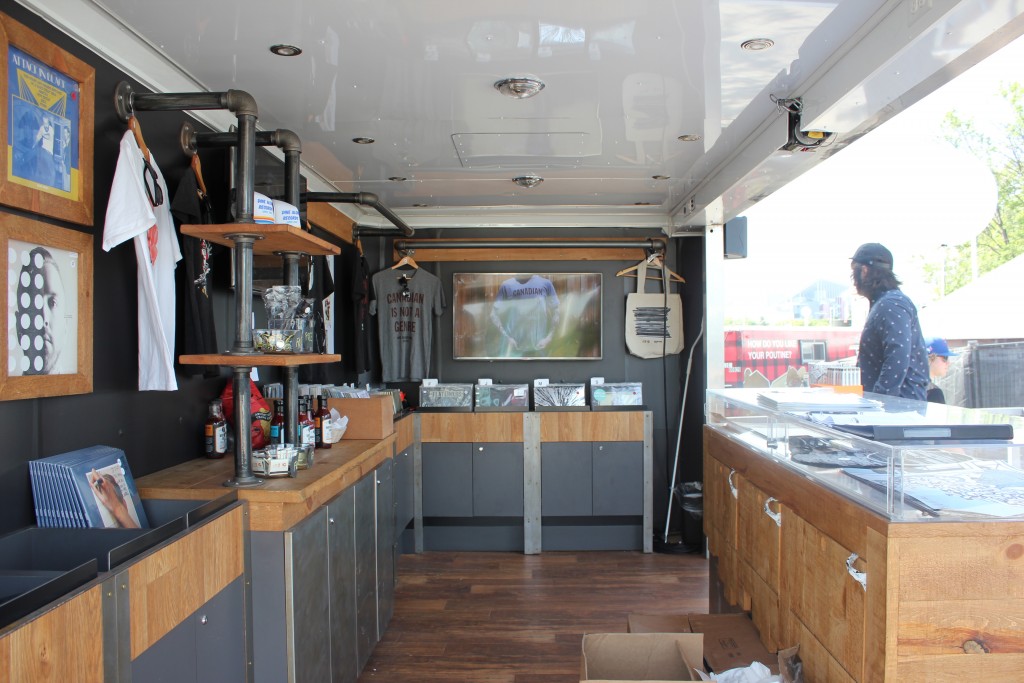 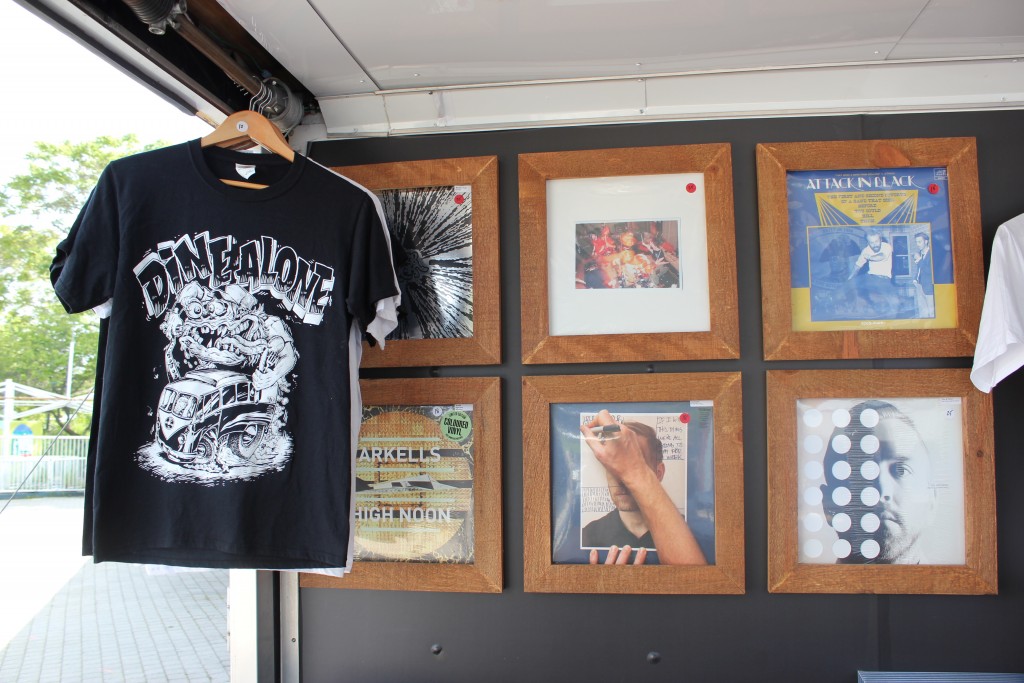 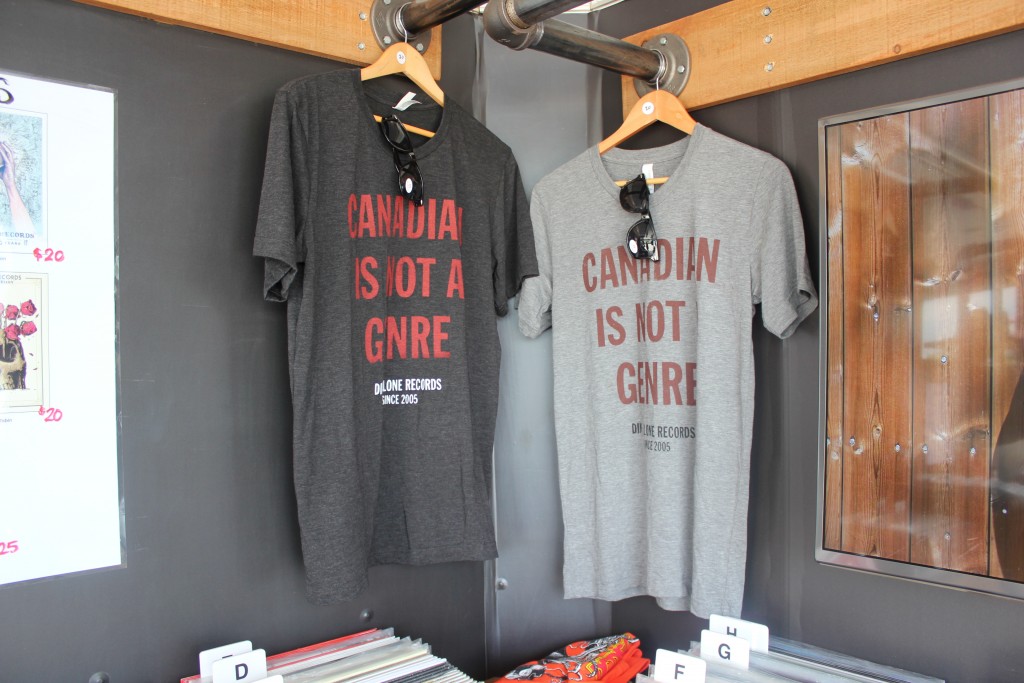 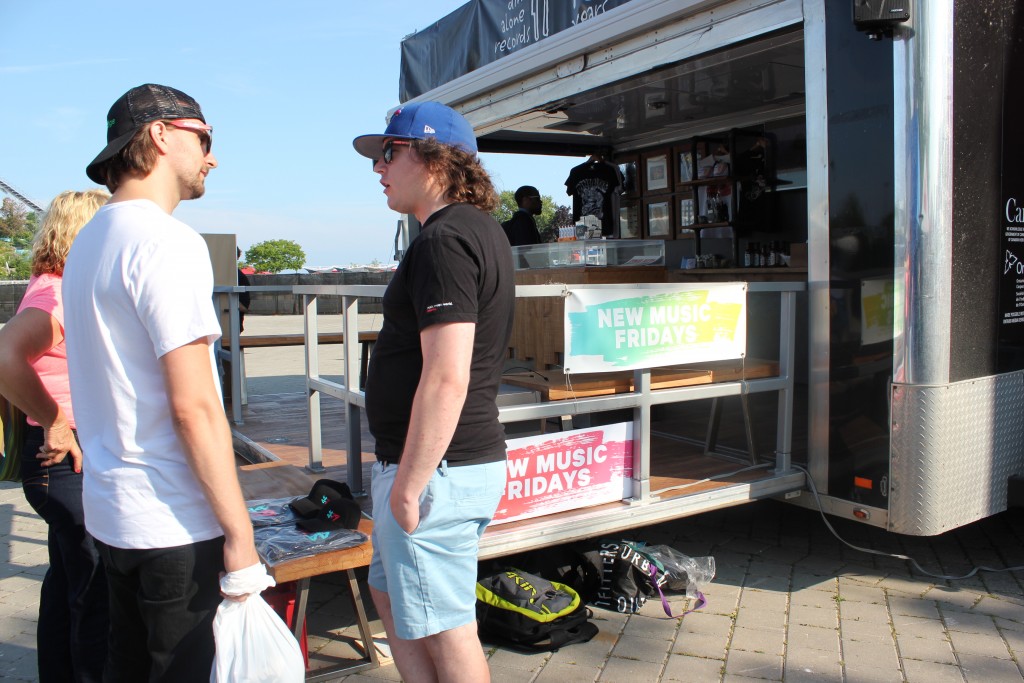 From Friday July 10th, new music releases will be made available for fans to enjoy on the same day across the world, as the switchover is made to “New Music Fridays”.

The change means that fans can now get new music on the same day worldwide rather than having to wait for their own national release day. It replaces the patchwork of national release days which meant fans were frustrated and unable to access music in their own country when it was legally available elsewhere.

The switchover to “New Music Fridays” is being implemented by labels, retailers and artists internationally and will establish an aligned global release day in more than 45 countries.

Frances Moore, chief executive of IFPI, said: “The switch to New Music Fridays is about getting new music to fans at the time they most want to enjoy it, whether in physical stores or online. It’s also an opportunity to recreate excitement around the release of music – the message is “Think Friday, Think New Music.”

Fans, industry professionals and anyone else looking for information on the switch to a Friday release day can visit www.newmusicfridays.com which has all the details of the changes taking place.

Singles releases in key markets include Little Mix’s Black Magic (Syco) and Nick Jonas’ Chains (Island) in the UK and Taio Cruz’s Do What You Like (Island).

“New Music Fridays” will be established in more than 45 recorded music markets worldwide.. Of these, 11 countries already release music on Fridays, while the others will switch the day that new albums and singles become available.

The switch to global “New Music Fridays” has been overseen by an international steering group made up of the following organisations:

Independent research suggests that music fans wanted new music to be available at the start of the weekend. Consumer research by TNS across seven markets[1] shows Friday and Saturday as the preferred days for new music release among consumers who expressed an opinion. More than two-thirds of those with a preference (68%) chose Friday or Saturday.

The move to New Music Fridays will also lead to many countries making changes to their charts as well. Public music charts in most countries reflect a week’s sales, so changing the release day to Friday means changing the chart week as well. For example, in the UK the BBC will launch its first Friday chart show, having moved it from Sundays, and in France the TV station D17 will be moving its weekly featuring the latest charts from Tuesday to Friday.

“Retailers and digital services are the ultimate link in the chain between artists and music fans. Having a single worldwide release day reduces customer confusion about when new music is available and focuses everyone’s attention on new releases. Retailers are working hard to implement the change to Fridays and ensure that the advent of New Music Friday is a success.”

“The Music Business Association (Music Biz) is committed to working with our members and industry partners in the United States to make a smooth and successful transition to New Music Fridays.”

Frances Moore, Chief Executive of IFPI
“The switch to New Music Fridays is about getting new music to fans at the time they most want to enjoy it, whether that be in physical stores or online. It’s also an opportunity to recreate excitement around the release of music – the message is “Think Friday, Think New Music. The global release day also helps artists, labels and retailers by limiting the time between releases in different countries and thus narrowing the gap on piracy. The move made today has been a great example of cross-sector cooperation, involving labels, artists, retailers and others across more than 45 markets.”

Paul Pacifico, chief executive, Featured Artists Coalition (FAC)
“The FAC welcomes any initiative that brings artists and fans closer together and the Global Release Day does just that, making sure that all fans, wherever they are in the world, can get legal access to new tracks as soon as they are released. Making Global Release Day Friday brings the additional excitement of launching major new releases in the run-up to the weekend.”

John Smith, president, International Federation of Musicians (FIM)
“FIM fully supports the move to New Music Fridays.  Our industry, our membership and our audiences are increasingly global, and a move to a global release Friday offers an exciting opportunity to release music at a time when people most want to listen to and buy it.”

For music fans across the world, Fridays are set to become the day for newly-released music.

July 10th, 2015, will see the introduction of “New Music Fridays”, an aligned global release day for new music. The move, implemented by labels, retailers and artists internationally, means that fans in many countries will no longer have to wait for days to get access to newly-released tracks and albums.

The move will mean fans can now get new music on the same day worldwide rather than having to wait for their own national release day. It puts an end to fans being unable to access music in their own country when it is legally available elsewhere, and the frustration that can cause.

“New Music Fridays” are an opportunity for artists and labels to maximize awareness of newly-released music. Whatever country they are in, fans will now know – Friday is not just the start of the weekend – it’s the day for new music. This can help create more excitement and a sense of occasion around the release of new albums and singles.

With just one month to go before “New Music Fridays” takes effect, today sees the unveiling of the ‘New Music Fridays’ brand that will accompany the move. It will be available in more than 10 leading languages worldwide.

Consumers looking for information on the switch to a Friday release day can visit www.newmusicfridays.com which has all the details of the changes taking place.

The preparations for the switchover to “New Music Fridays” have involved record companies, distributors and retailers working together to reconfigure their supply chains and marketing practices. At the same time, music charts in individual countries are changing so that they align with the new international release day.

The move to “New Music Fridays” will take place in more than 45 recorded music markets worldwide.. Of these, only 11 countries currently release music on Fridays, while the others will switch the day that new albums and singles become available.

The switch to global “New Music Fridays” has been overseen by an international steering group made up of the following organizations:

For further information on “New Music Fridays”, see our overview page or go to www.newmusicfridays.com.