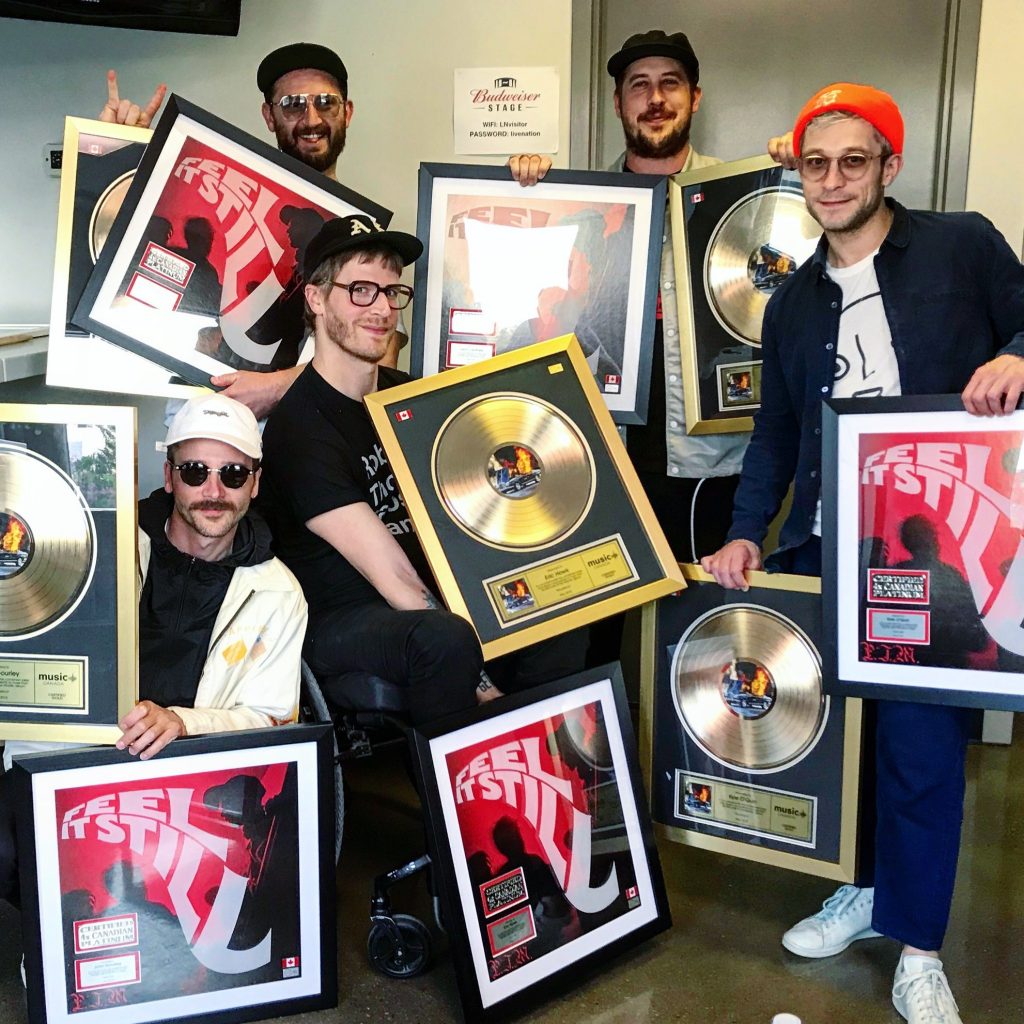 Portugal. The Man were in Toronto last Thursday to help kick off the Budweiser Stage’s outdoor concert season with a co-headlining show alongside Canadian indie all-stars Broken Social Scene. Prior to their highly anticipated return to the city, the Portland-based band was surprised with their first Canadian Gold Album Award plaques for their 2017 LP Woodstock by Warner Music Canada. The album features the summer 2017 hit single “Feel It Still,” which they also received new 4x Platinum custom plaques for. 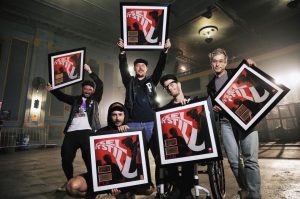 “We love this song,” the band said in an Instagram post earlier in the week, when they were also presented with Gold RIAA plaques. “It’s the most natural thing we’ve ever done.”