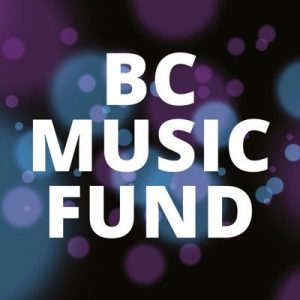 Last week, the province of British Columbia and Creative BC announced the new $300,000 Innovation Program as part of the BC Music Fund. The new program will support cross-sector collaboration between technology and music, the launch of businesses to fill gaps in the industry, and foster diversity and cultural engagement within the music industry.

“British Columbia is home to an abundant wealth of musical talent. This funding from the BC Music Fund will provide assistance to companies that think outside the box, allowing them to further develop innovative ideas. I look forward to seeing the unique projects that come from this new program,” said Shirley Bond, Minister of Jobs, Tourism and Skills Training and Responsible for Labour.

“The Innovation Program encourages new collaborations, creative courage and fresh thinking. Through the BC Music Fund, innovators across the province can intersect with the music industry,” added Prem Gill, chief executive officer of Creative BC.

British Columbia is the third largest centre for sound recording in Canada and the music industry contributes over $400 million in revenue to the provincial economy every year. According to Creative BC, the province’s music industry includes 80 independent record labels, 123 sound recording studios, and hundreds of music industry professionals such as publishers, managers, talent agencies, and other businesses that support the development and delivery of music.

Premier Christy Clark announced the creation of the $15-million BC Music Fund in February 2016, following the recommendations of Music Canada’s report BC’s Music Sector: From Adversity to Opportunity. The fund is administered by Creative BC and is designed to support the growth of BC’s music industry through direct investment, job creation, music tourism, increased regional activity, and the export of BC music.

The new Innovation Program will support music related projects, including “cross-sector and multimedia projects related to music, experimental or experiential projects that increase visibility, access, or awareness for British Columbian music, projects that develop new technology, software, or programs, and projects or initiatives related to British Columbia’s music industry that are innovative or experimental in nature.”

Applications for the Innovation Program will be accepted beginning May 1, 2017.

You can read more about the new program and the announcement on Creative BC’s website.

Creative BC announces Advisory Committee to support BC Music Fund

Creative BC has announced the appointment of a new Advisory Committee that will provide input in the administration of the BC Music Fund, which was announced earlier this year by Premier Christy Clark and the Government of British Columbia. The $15 million grant, which will be administered by Creative BC, aims to “support and promote various aspects of the industry, such as direct investment in BC’s music industry, enhancing live music opportunities, stimulating the creation and retention of jobs and promoting BC’s music on the national and global stage,” said the release.

The Advisory Committee will be chaired by Creative BC CEO Prem Gill, and is comprised of artists and representatives of various areas of the music sector.

“BC has a real opportunity to be an industry leader with the administration of the BC Music Fund,” said Gill in a release. “Creative BC has reviewed areas that are in most need of funding and is ready to work with the Committee to ensure we maximize the potential of this sector.”

Members of the Advisory Committee include:

“Seeing our Province make such a significant investment really speaks to the value of music to our economy and culture,” says Blasko, who manages JUNO winners Tegan and Sara. “The BC Music Fund will help the province compete on a national and international level.”

The BC Music Fund will allocated through four main streams:

The release notes that Creative BC will launch a funding program in support of the sound recording sector over the next few weeks as a pilot. Additional grant programs aligned with the Fund’s objectives will be developed over the summer and fall of 2016.

“This advisory committee will give insight to Creative BC on how to develop and administer the BC Music Fund, and continue to produce, promote, and support some of the world’s top musical talent,” said Premier Clark. “The success people like Bryan Adams and Nick Blasko have enjoyed is a major asset for BC, and the artists who will benefit from their experience.”

For more information on the BC Music Fund, visit CreativeBC.com and join their email newsletter for updates on the program.