Across genres, continents, and generations, artists have harnessed the unique power of music to rally imaginations and propel ideas into action. This year’s Global Forum explored that theme and examined the role that music plays in political movements.  The Soundtrack to Democracy: Music’s Political and Social Power brought the Canadian Music Week attendees both historical and contemporary examples of the power of music.

The event was kicked off by Miranda Mulholland explaining her own advocacy journey that has included her becoming one the world’s strongest advocates for creator’s rights. Mulholland, a musician, label owner and festival founder, discussed the moment she realized that she needed to add speaking up to her long list of duties. “Creators of music, literature, and visual arts have always been at the forefront of every revolution in which people fought to make our lives better. Music has provided the soundtrack for human rights movements around the world…When speaking to governments and policy makers, I tell them: We, musicians, have been there for you. Now we need your help.”

Mulholland then introduced The Soundtrack to Democracy’s keynote speaker: musician, author and political activist Dave Randall. His book Sound System: the political power of music looks at examples from Beethoven to Beyoncé to the UK grime scene, and charts his journey to understand what makes music so powerful.  Randall’s book can be purchased from Pluto Press.

Armed with a guitar and an extensive knowledge of the historical significance of music, Randall’s keynote was a musical journey through time.

Following Randall’s keynote he joined two leading musicians from Canada who have used art to drive change – Lorraine Segato of The Parachute Club and ShoShona Kish of Digging Roots – for a panel discussion. Titled Rise Up: Using creativity to make change (a reference to The Parachute Club’s anthem for equality and shared power), the panel explored effective strategies artists have used to create and inspire change on issues close to their hearts.

Watch the full panel discussion moderated by Miranda Mulholland below:

Guests were then treated to a performance by members of the fast-rising rap group The Sorority, who in between songs encouraged those in town for Canadian Music Week to get out to see live music, support local musicians, and attend at least one show that put them out of their comfort zone. The Sorority are a powerful representation of solidarity and nonconformity, and their performance was the perfect punctuation to the event’s theme.

To conclude the event, Music Canada President and CEO Graham Henderson introduced the audience to a painting from 1830,  “Liberty Leading the People,” by Eugène Delacroix to illustrate the effect to which art can be political speech. Henderson noted that in its time the painting “was considered so seditious and so dangerous that for about 50 years after it had been painted it was suppressed by the political superstructure and only appeared much later.” He connected the painting to the work of Ursula K Le Guin, Percy Bysshe Shelley, and journalist Paul Foot, tracing the ways that poets, artists and more recently musicians, can change the world.

Recognizing the power of art to convey thoughts and emotions, Music Canada commissioned illustrator and graphic artist Rodrigo Bravo to chronicle the 2019 Global Forum in a series of images. The images, available for viewing below, capture some of the points made by each speaker in both text and design, and together form a recap of one of the most successful Global Forums to date. 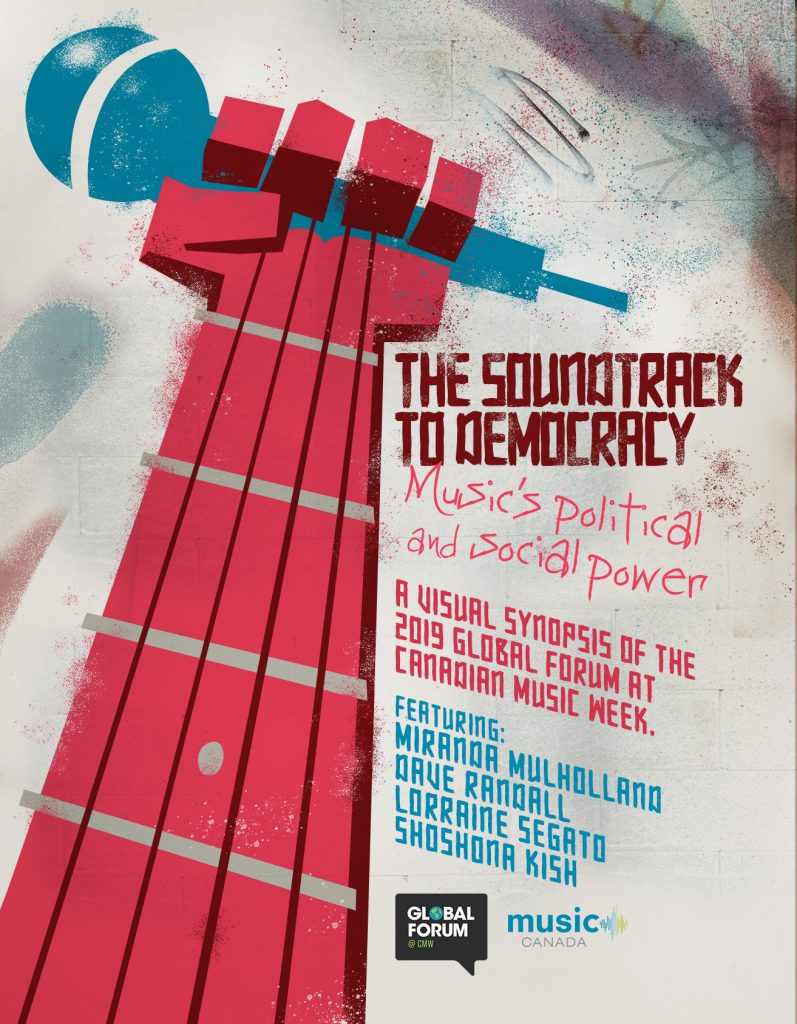 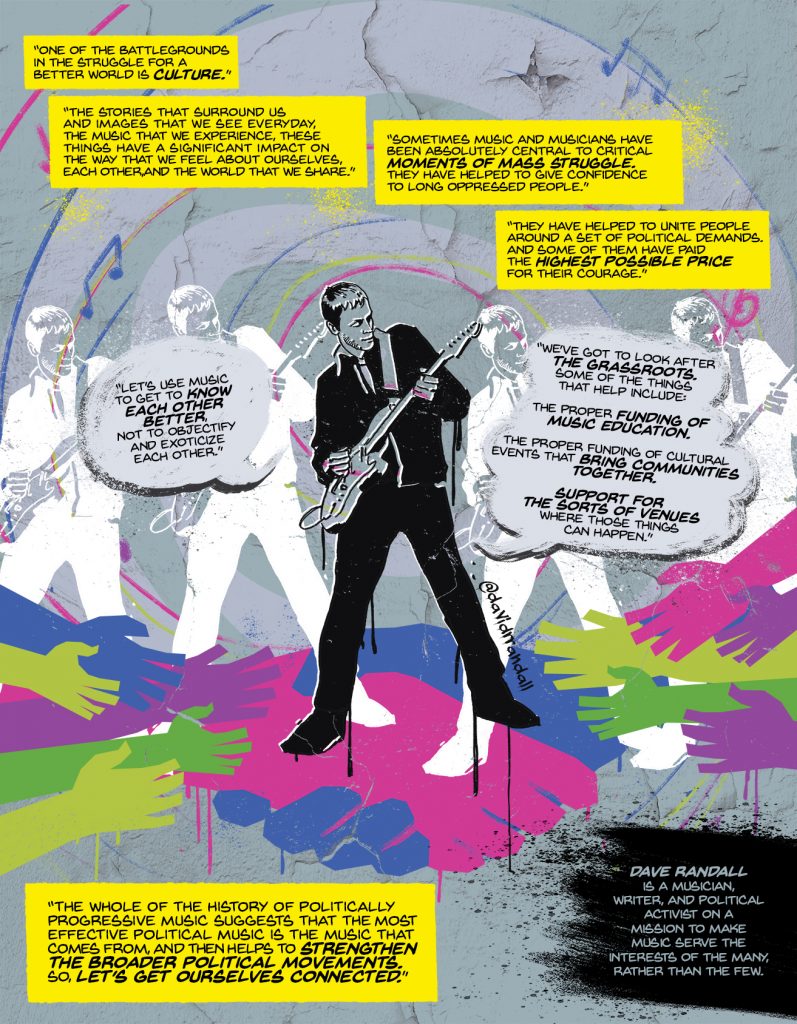 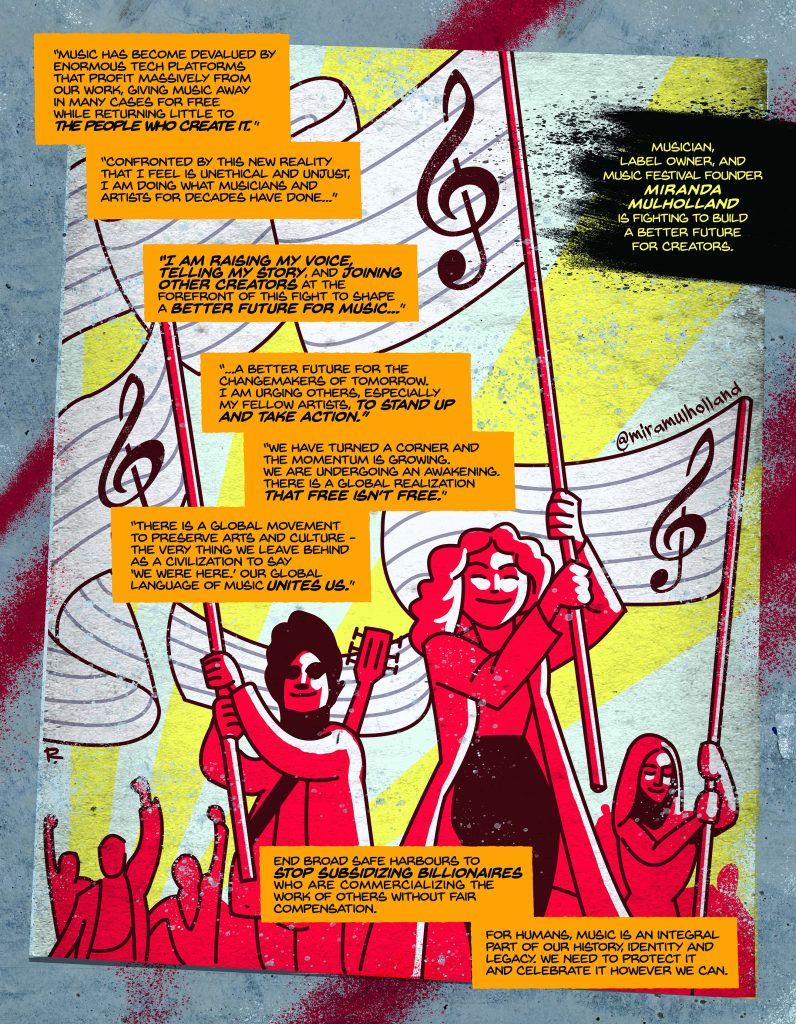 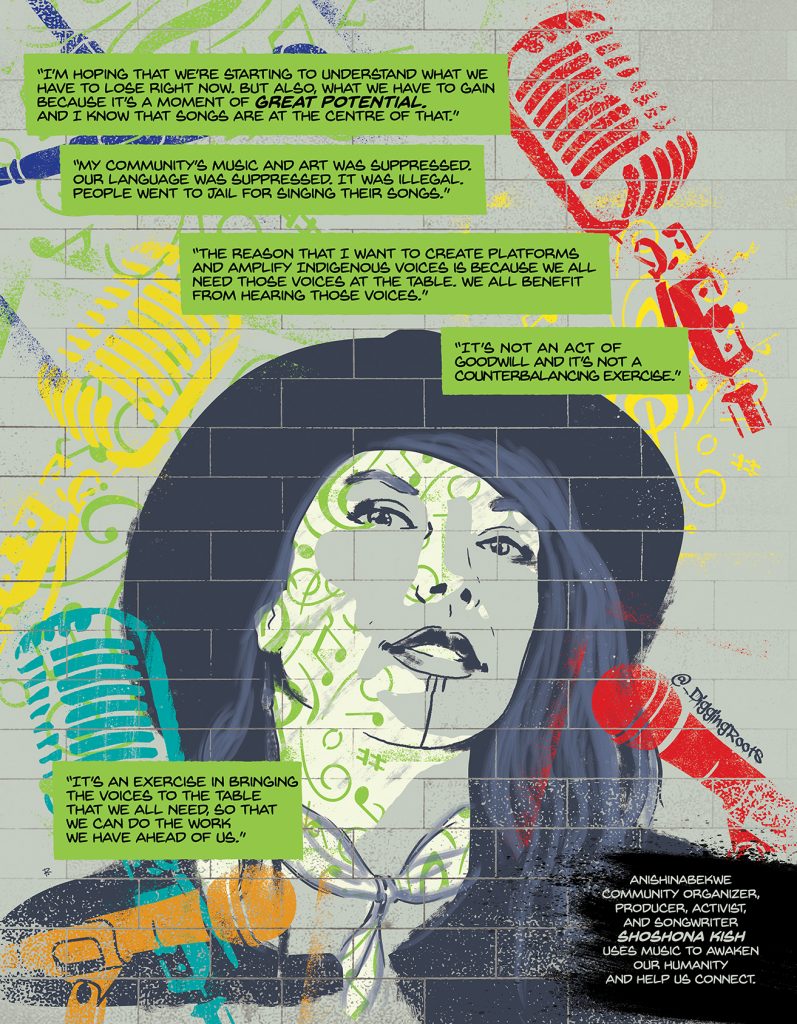 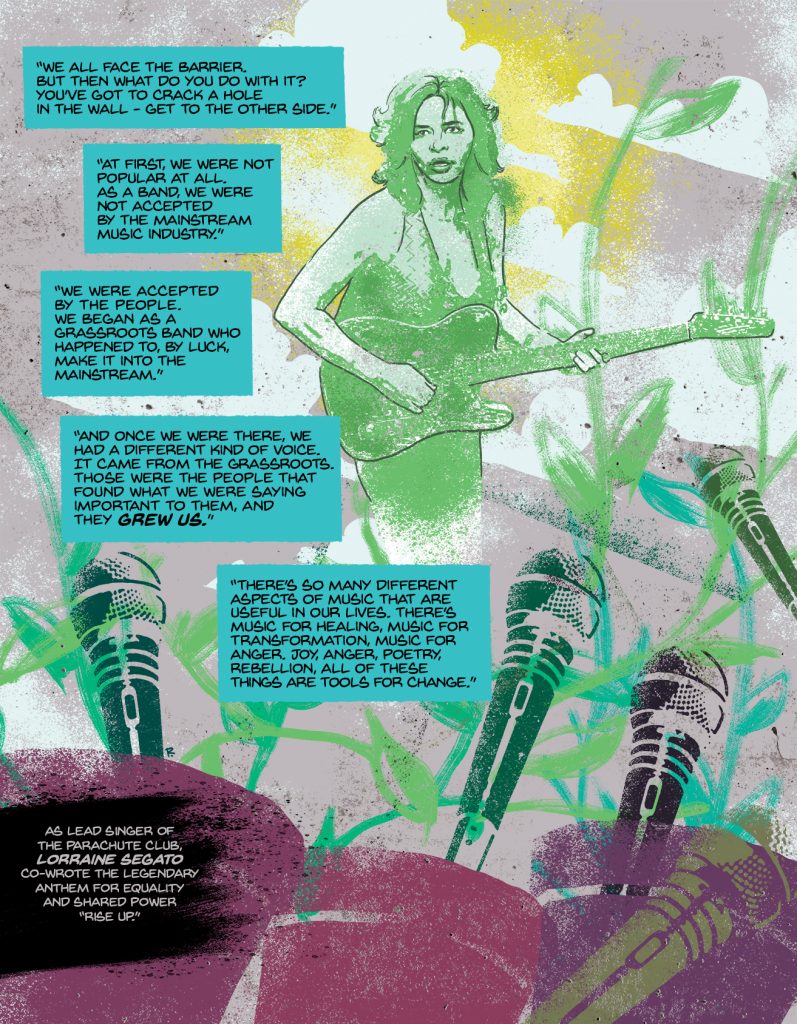 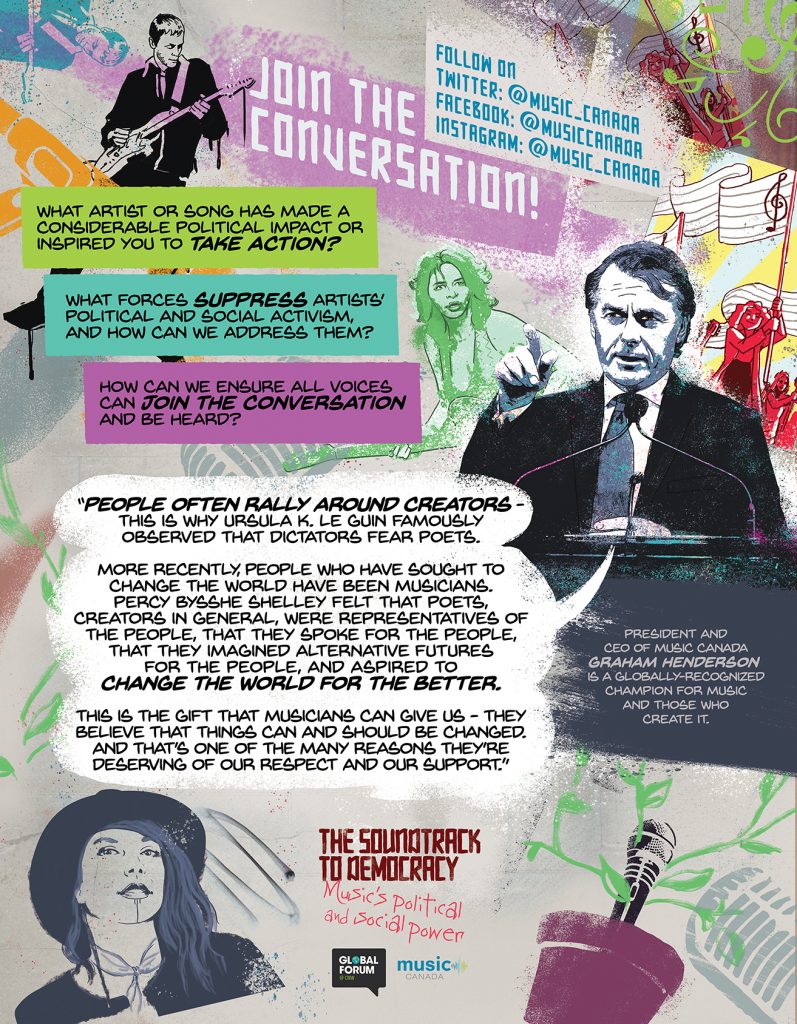