Yesterday we had the pleasure of not only coming together with our peers in the industry for the Music Canada AGM, but to host a number of wonderful speakers on the subject of Music Cities. Since the release of our report The Mastering of a Music City in June 2015, we have passionately pursued this subject around the world, learning from our colleagues in more than 40 cities. Yesterday it was especially special to talk about what Toronto is doing at home, with our own “music-friendly mayor” and champion of the music city: Mayor John Tory. 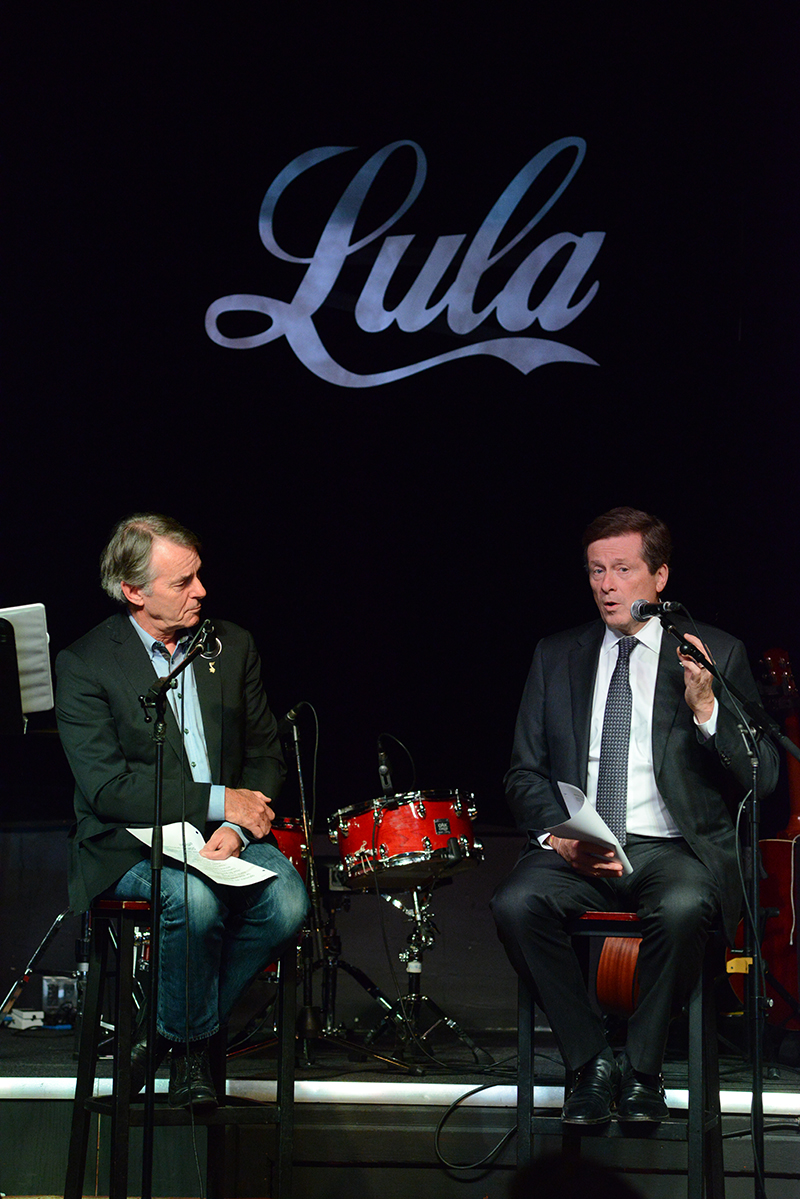 In last year’s municipal election, Mayor Tory had a music platform that included tourism, enhanced live performances and festivals, and a standalone music office. Now, nine-months into his term, many of those things have become a reality in a short period of time. In a candid conversation with Music Canada President and CEO Graham Henderson, Mayor Tory spoke about the strides we’ve made so far, what’s next, and what inspires him in his vision of a music city.

We asked whether he remained optimistic about continuing to see this music platform develop – he looked to his trip to Austin, saying: “I stand here more committed because I’ve now seen another place where they made this a success – and we aren’t going to be Austin. We’re different. But I’m encouraged…and I think we’ve got to put our energy…with perhaps getting some more help behind making some of this stuff happen.”

Looking at Austin, he realized that “when the city is fully committed to all aspects of music, and the performance of music, and to the attraction of musicians to the city…they got great things done…It had gigantic economic benefits for the city that went way beyond the jobs created by the music industry and spoke to the whole question of the attraction of global companies, technology companies and so on.”

This is a vision he has for Toronto: seeing the same kind of support rallied around music in the same way as we have done for film for the past 30 years.

According to the Mayor, “we have all of the ingredients here” to build this. He elaborated, saying that the music industry is further ahead of where film was 30 years ago, but that we haven’t yet fully pulled together the industry and the infrastructure. He committed support from the government, saying they could provide support “by way of helping to make opportunities available, helping to showcase, helping to facilitate things, helping to modernize regulations, and secondly, helping by sort of getting out of the way.” In recognizing the ongoing struggle against bureaucratic red tape, he said “if you’re really committed to being a music city, you have to put your money where your mouth is.”

His determination was clear – “I’m very determined at the end of 4 years…when my term happens to be up, that we can look back and say: we actually got something done here, moving us towards what we are in film, and what we can be for sure in music…It starts with yes, the regulatory framework that is better defined and better accommodating of music, but it also starts with an administration that…says we’re going to find a way to say yes as opposed to automatically saying no. And I think that’s going to be big and…start to come next year with the plans people have to do bigger things. They’re going to be a little bolder because we’ve got to be bolder, we have to find places to do bigger and more things…it’s all part of building a great city.”