Tag archive: Business for the Arts (1)

Business for the Arts has released the results of a new study that details the extent to which arts and culture attract both skilled workers and the businesses that seek them. Culture for Competitiveness: How Vibrant Culture Attracts Top Talent was created with support from the Ontario Arts Council, with research conducted by Nanos Research.

The study shows that a vibrant arts and culture scene, including live music events, can be a major driver in attracting and retaining employees, and is based on a survey of 500 skilled workers, and 508 businesses in Ontario. While businesses recognize the magnetic nature of arts and culture to skilled workers, the study concludes that they can do more to support local arts communities. According to the study, only 25% of businesses in Ontario make financial contributions to arts and/or cultural organizations in their community.

“The study’s bottom line is that businesses need to make arts and culture more of a priority,” said Nichole Anderson, President & CEO of Business for the Arts. “Our culture for competitiveness study confirms that skilled workers seek out vibrant arts and culture hubs when making job decisions, but businesses who could benefit from the magnetic effect of culture are not investing in their arts and culture ecosystem.”

The study includes the following findings: 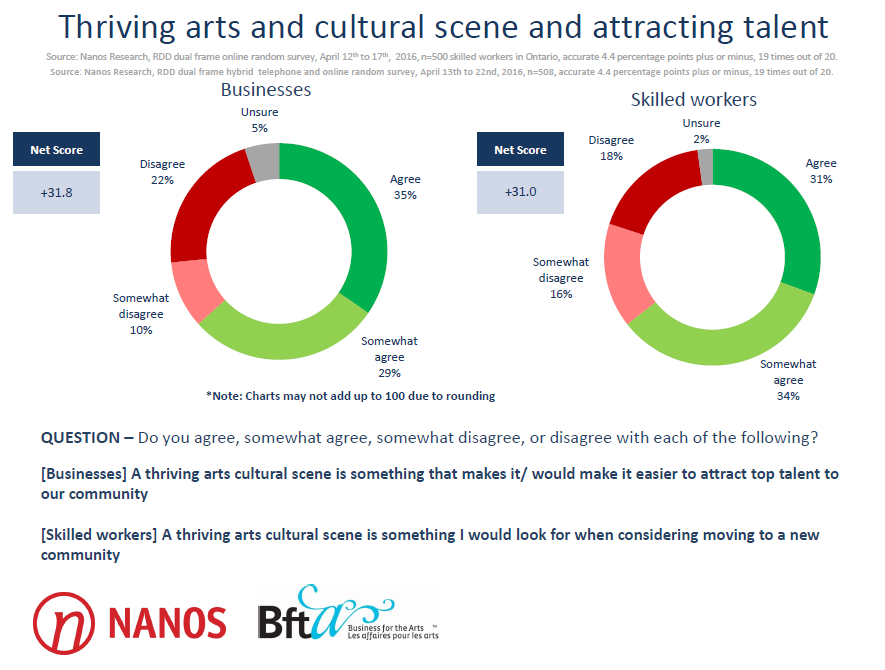 The results of this new study echo parts of Music Canada and IFPI’s Mastering of a Music City report. One finding in the report was that music branding undertaken by a city adds a “cool” factor, that can attract and retain investment and talent. In Berlin, the intermingling of music and tech businesses has demonstrated that a successful music economy can attract and retain talent in other industries as well.

The Mastering of a Music City looks to global cities where an understanding exists that arts, culture, and music specifically, help to attract talent and business. Fredrik Sandsten, Event Manager Music at the public tourism agency in Sweden says of Gothenburg, “We have a very industrial city with huge industrial companies. They want culture and music to flourish because they see the link to attracting young workers to their companies.”

Ontario is home to many communities with vibrant arts scenes, where music, in addition to attracting businesses and talent, contributes directly to the economy. Music Canada’s report Live Music Measures Up: An Economic Impact Analysis of Live Music in Ontario identified that live music companies generated $628 million from live music activities in 2013, and brought a total impact of 10,500 jobs to the province.

Music Canada welcomes the results of Business for the Arts’ new study, and encourages Canadian businesses to support their local arts communities, including local music scenes, so that those communities and businesses continue to flourish together.