At the inaugural Canadian Music Hall of Fame Ceremony Presented by Music Canada, which took place at the National Music Centre on October 27th, legendary alternative country group Cowboy Junkies were one of four inductees into the Hall of Fame.

In her acceptance speech, Cowboy Junkies’  lead vocalist Margo Timmins used the band’s moment of celebration to put a spotlight on the issue of sexism in the music industry, and issue a call for change.

“I know we would all like to think that a boys’ club does not exist in our industry, but just look around you,” said Timmins. “Even tonight, there are 10 inductees, and one woman. And with my count, after tonight, there will be around 100 men and 10 women in the Hall of Fame. That’s not right.”

Timmins took the opportunity to encourage those in attendance, many of whom are leaders in the Canadian music industry, to take action to correct this long-standing imbalance.

“I know that there are many men and women in our industry who struggle every day to create change, and to you I give you my respect and my support,” continued Timmins. “But there are also many women and men who think that with time, things will become equal and all will be well eventually. And perhaps they’re right. But what I say to that is, if you are thinking in this way, you have to remember, as we wait, the next generation of talented and creative women will be asked or allowed to join our industry by going through the side door — the way that women have entered the world of men for centuries, and it’s just wrong. So all I ask is that you people who are here, who are so powerful, you lead our industry, to think about it. And that somehow we have to bring in more women. Allow our daughters to know that if they want to be riggers, sound engineers, lighting techs, they can do it and they can join us on the road.”

Last week, we recapped a recent event in Victoria, BC, in which a collection of British Columbia artists, including Bryan Adams, Jesse Roper, and members of Current Swell, Cowboy Junkies, Chilliwack, and Spirit of the West, as well as members of the province’s music industry, came together to express the need for provincial support for music in the form of regulatory reform and reduced red tape, as well as financial support.

Video of the event is now available, including speeches from Graham Henderson, President and CEO of Music Canada; the Honourable Peter Fassbender, Minister of Community, Sport and Cultural Development; Bryan Adams on the importance of music in British Columbia; and a performance by Jesse Roper.

A who’s who of BC’s music industry and artists including Bryan Adams, Jesse Roper, members of Current Swell, Cowboy Junkies, Chilliwack, and Spirit of the West came together Monday evening at the Royal BC Museum for an event hosted by Music Canada for provincial politicians and decision makers. Together, they expressed the need for provincial support for music in the form of regulatory reform and reduced red tape, as well as financial support.

Many members of the government attended, including the Honourable Peter Fassbender, Minister of Community, Sport and Cultural Development, who expressed his support for BC’s music community in his remarks from the stage. 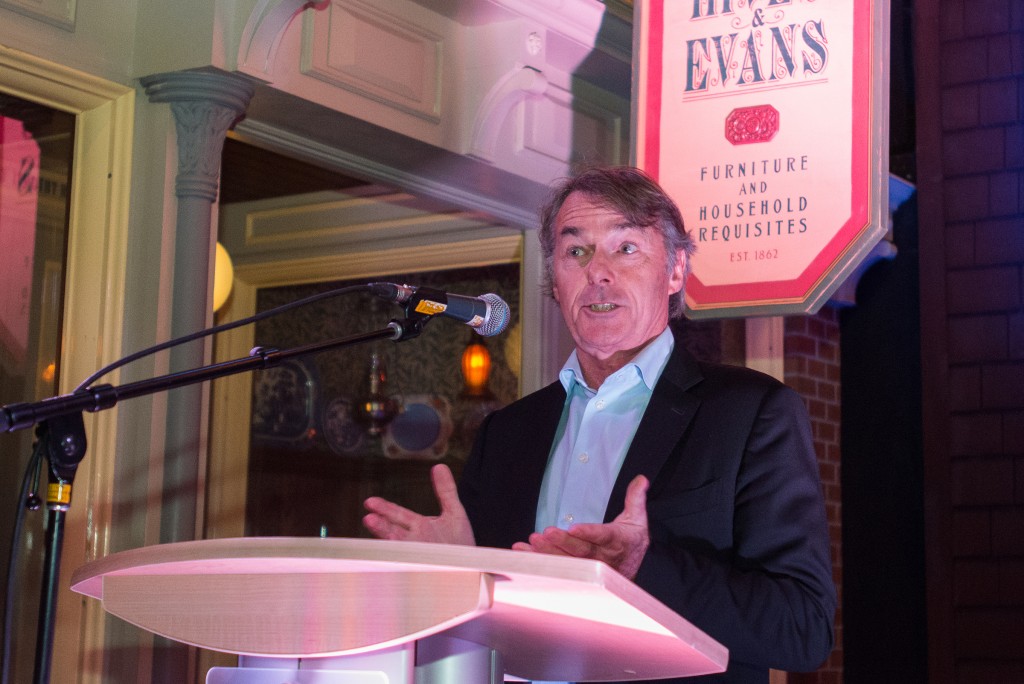 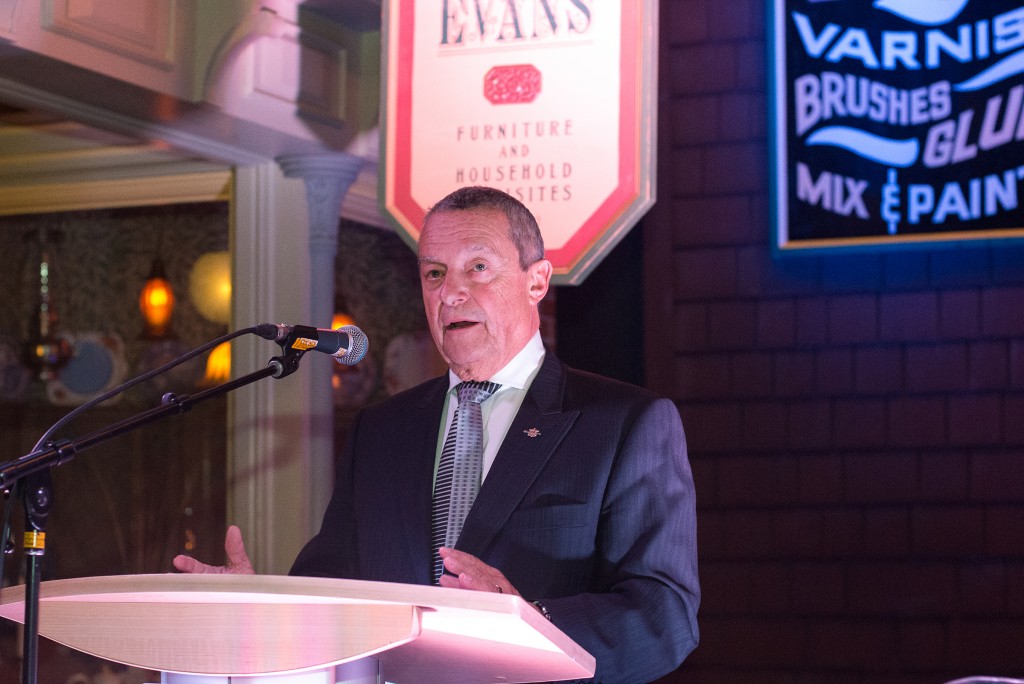 In his remarks, Music Canada President Graham Henderson announced that Music Canada has, with the help of many partners in BC undertaken analysis of the province’s music sector to identify strengths and weaknesses. Our full report is forthcoming but our recommendations would help the province to:

Attendees were not only treated to a wonderful acoustic performance by Jesse Roper, currently a finalist for the Peak Performance Project, but to a passionate speech from Bryan Adams on the importance of music in the province. 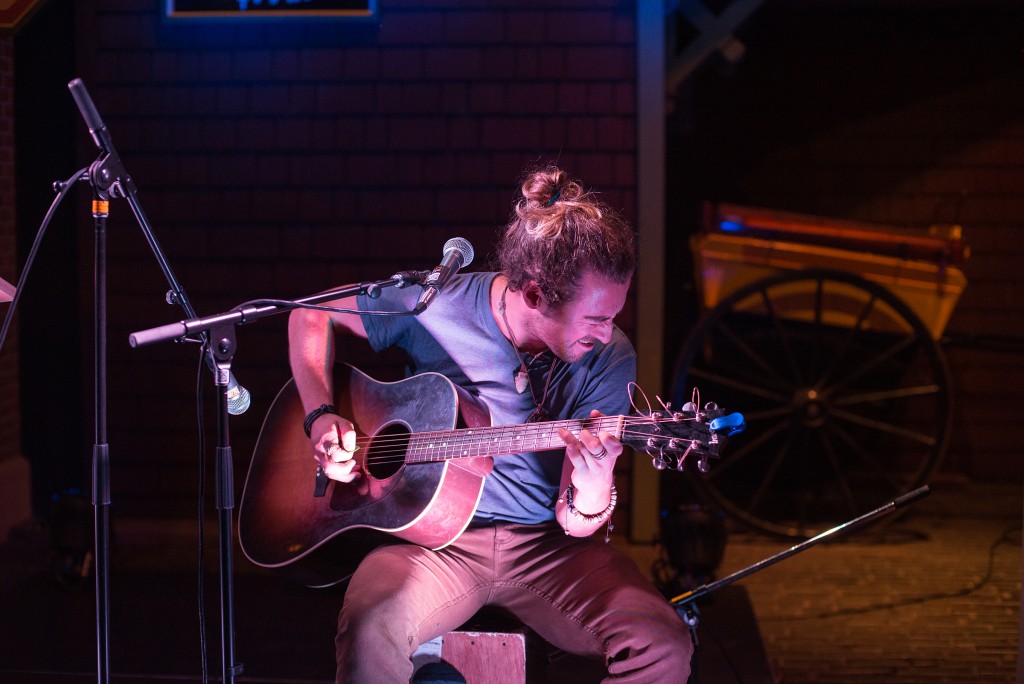 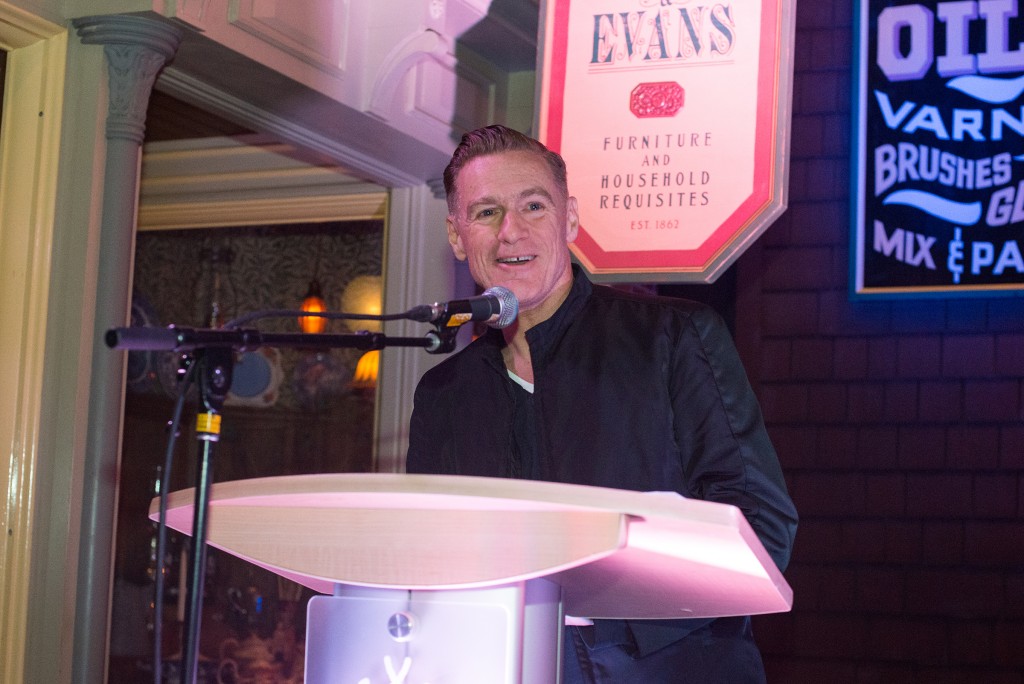 The music industry in BC has a long and deep history, a pipeline for upcoming talent, many talented professionals and good infrastructure for live performance and recording, but has been plagued recently by such things as the widening gap in funding between BC and other provinces, rising property costs in BC’s large urban centres, and regulatory barriers.

In his remarks, Bryan Adams recalled his time as a musician starting out in BC. “British Columbia, as a young musician was a great place to start out, because they had a lot of venues to play, and it was receptive to live music. There was a lot of opportunities for musicians and a good musical scene when I started out, and it’s because of that – the local scene, and the fact that it was thriving on its own – that I was able to create the music that I’ve created over the years…But the thing that we’ve created here over the years is leaving us, and we need to protect it.”

We are very excited by the success not only of this event, but of our report and its recommendations to come, asking for BC’s provincial government to support music education, live and recorded music businesses, and tourism in its Spring 2016 budget.

Stay tuned for further details about the report in the coming months.

Several attendees shared highlights from the event on social media:

Standing room only at @Music_Canada reception @RoyalBCMuseum. BC has great talent incl @bryanadams in attendance pic.twitter.com/OQ9M7Ik17g

So great to see @BryanAdams tonight at the @Music_Canada event at the @RoyalBCMuseum in #Victoria. #YYJ pic.twitter.com/tMuYEHuDfg — John Martin (@JohnMartinMLA) October 27, 2015

Additional photos from the event are embedded in the gallery below: 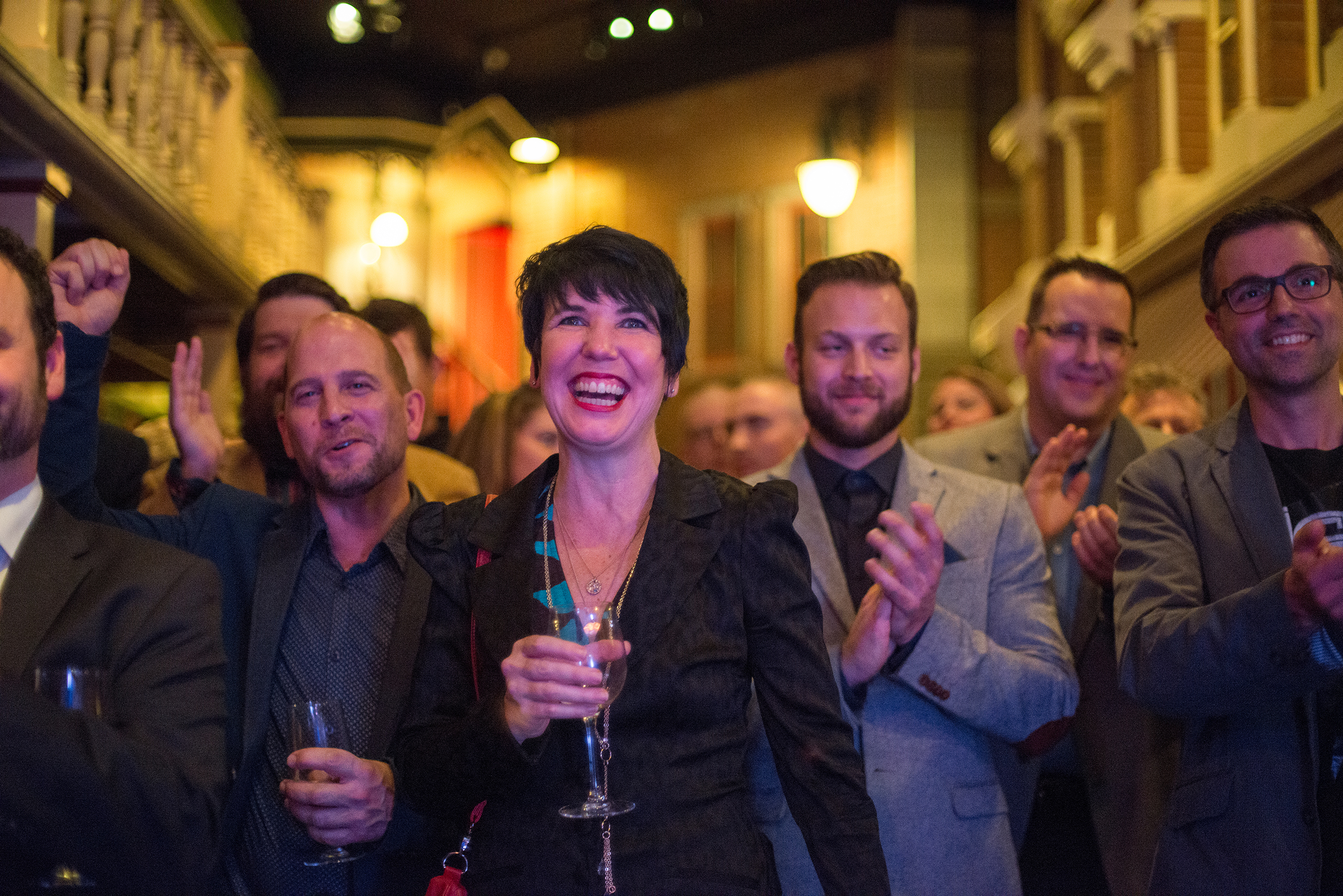 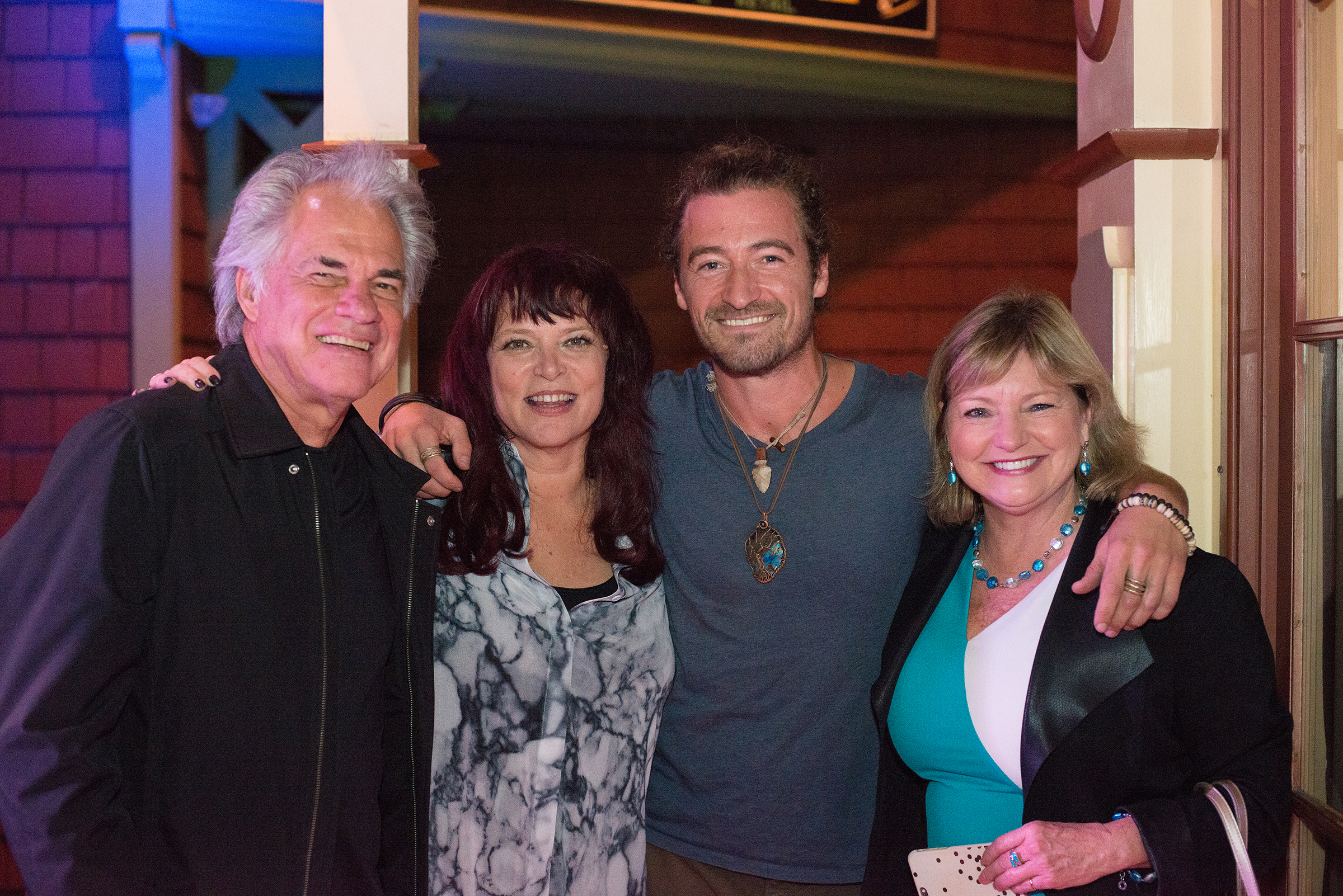 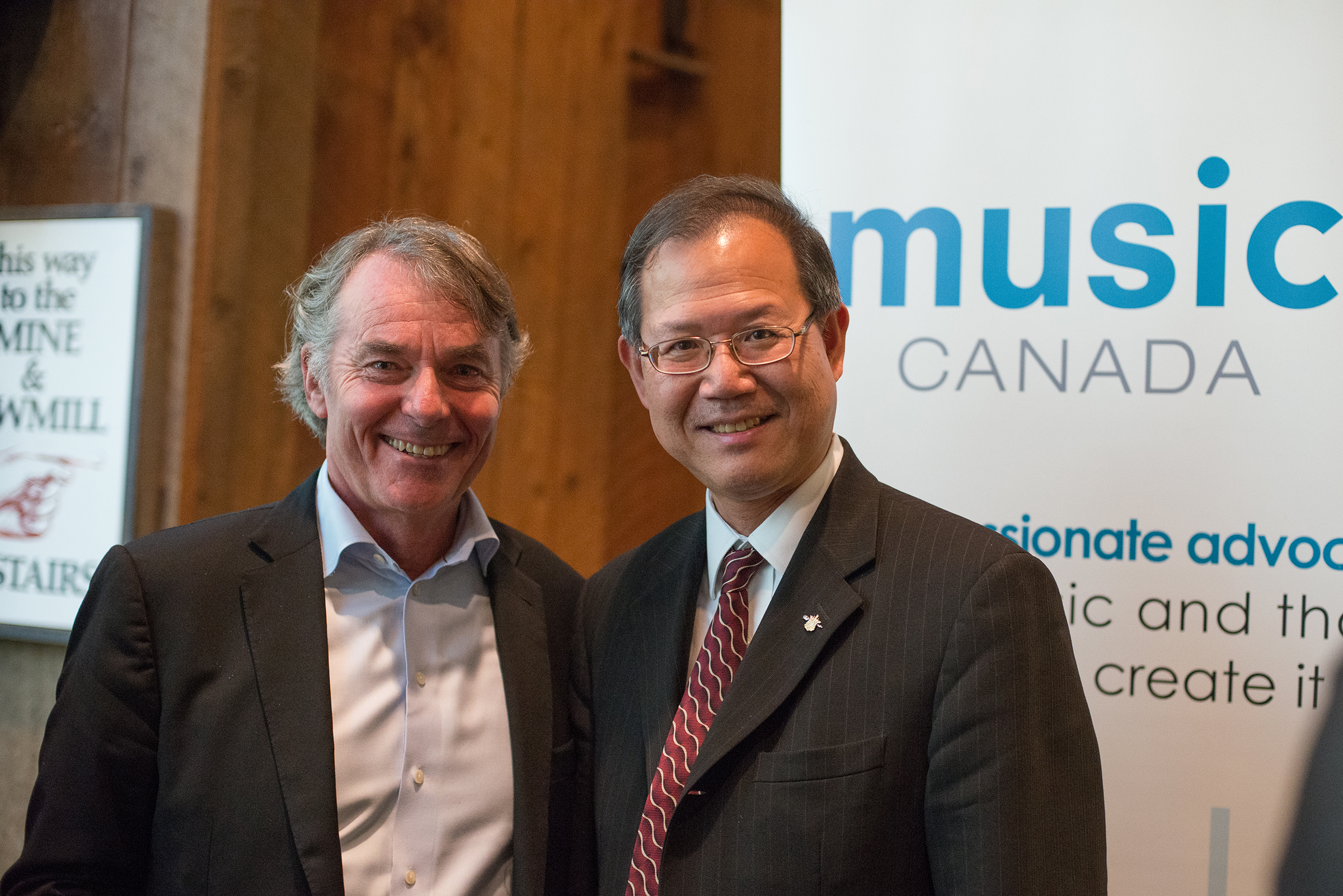 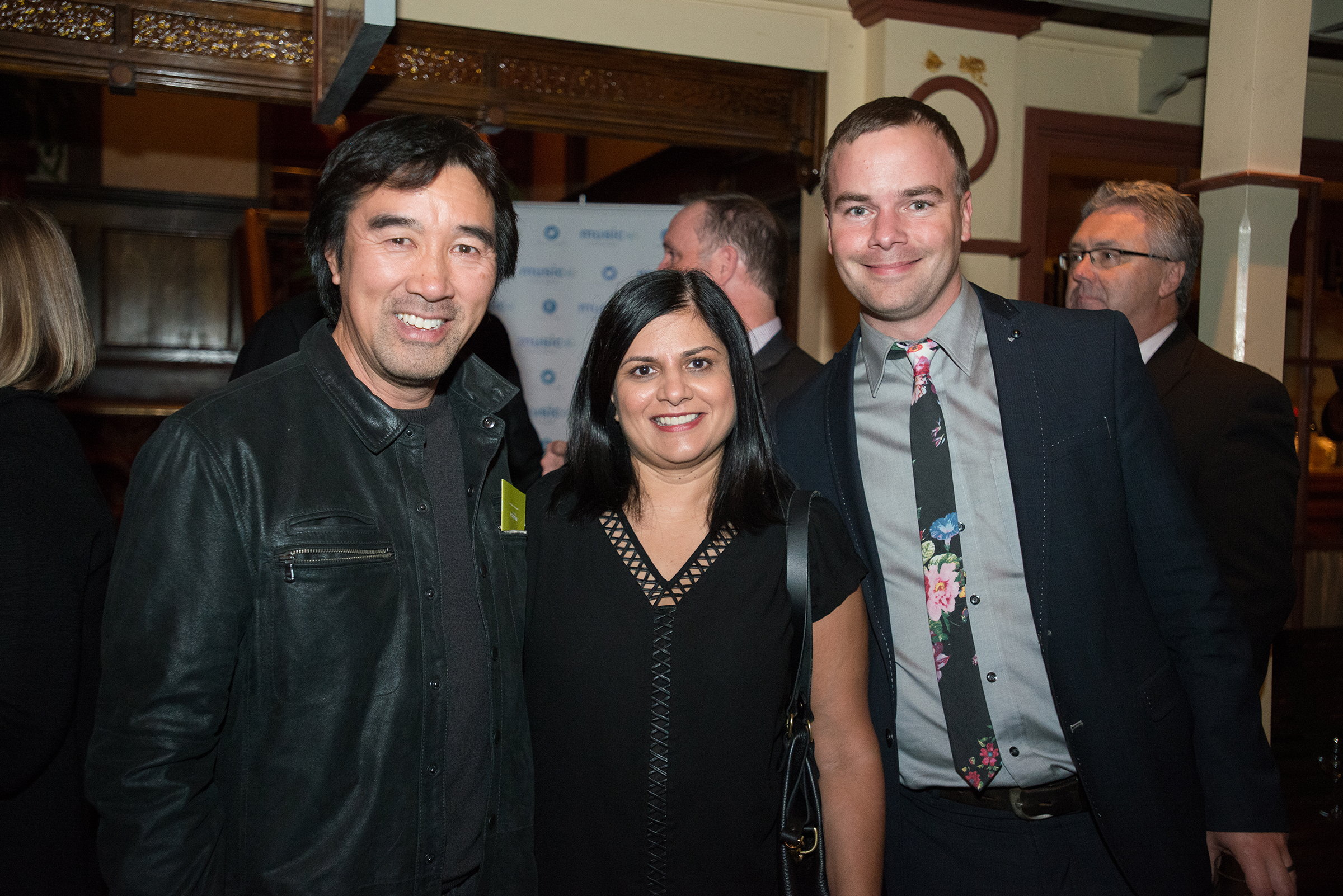 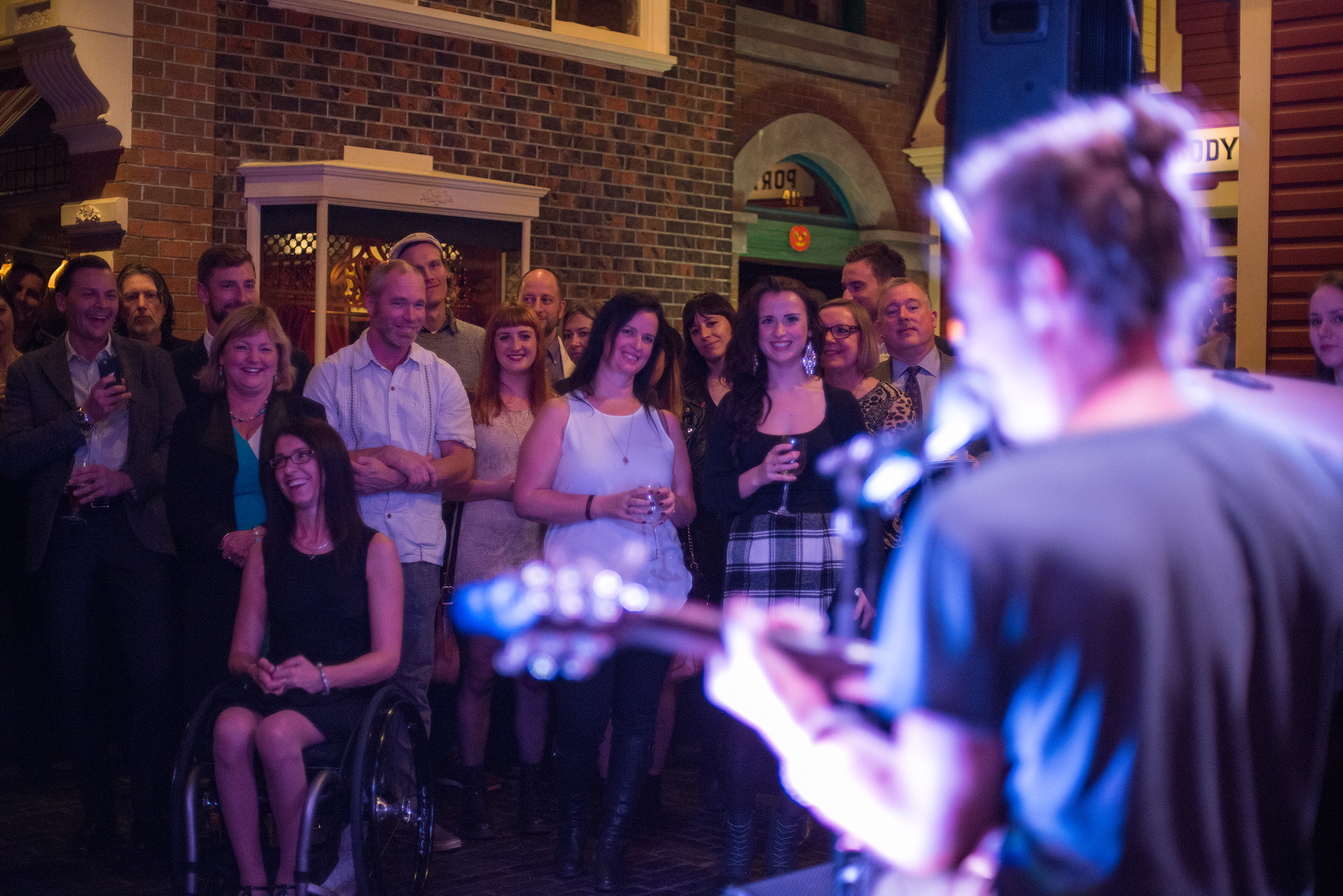 Attendees, including the Hon. Stephanie Cadieux, Minster of Children and Family Development, and MLA Jane Thornthwaite enjoy a performance by Jesse Roper. 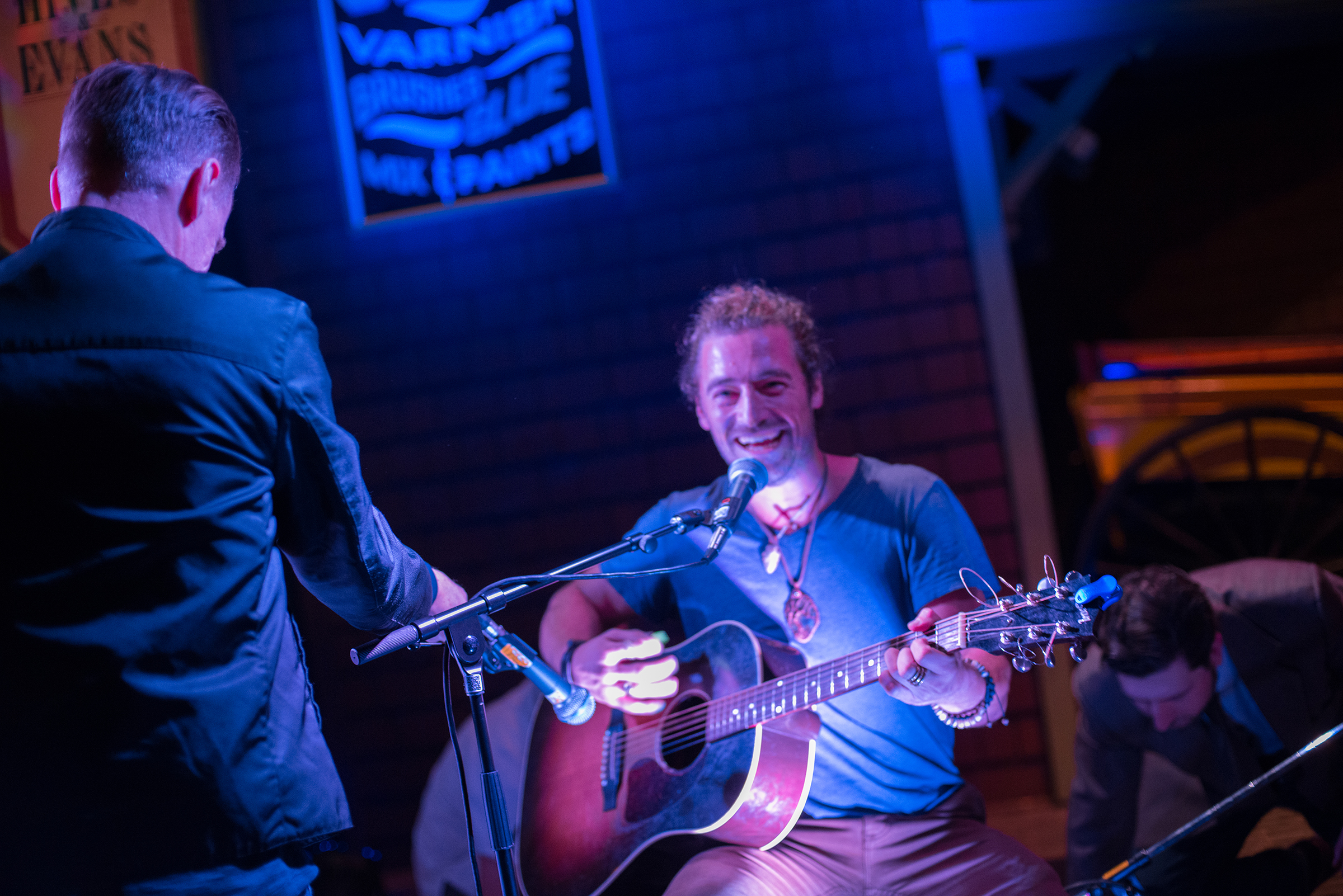 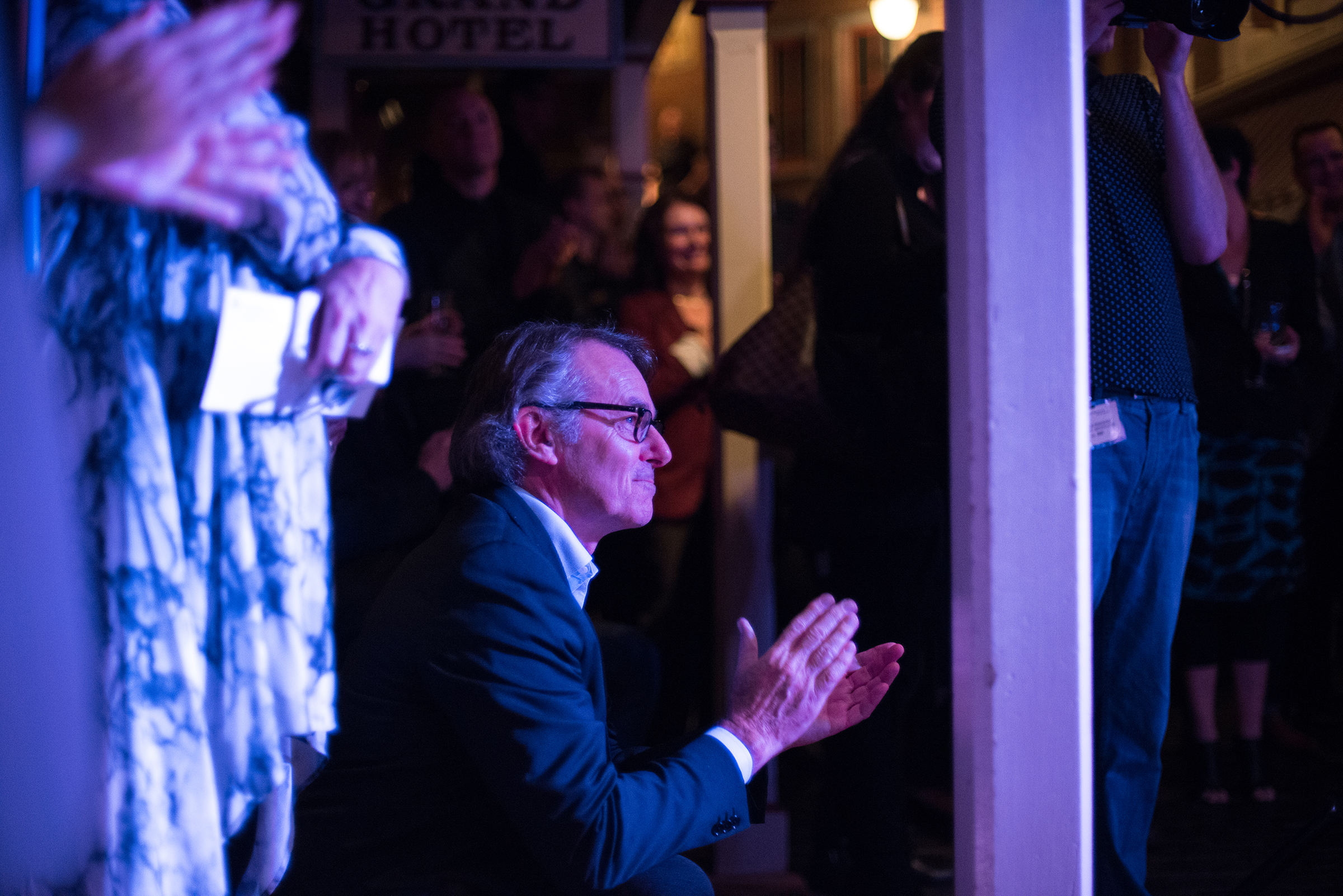 Graham Henderson (Music Canada), taking in everything with the music.

This morning, 2015 Canadian Music Industry Hall of Fame inductees Steve Kane and Cowboy Junkies were recognized at a breakfast event at Queen’s Park, which was well attended by more than thirty Members of Provincial Parliament from all three parties. 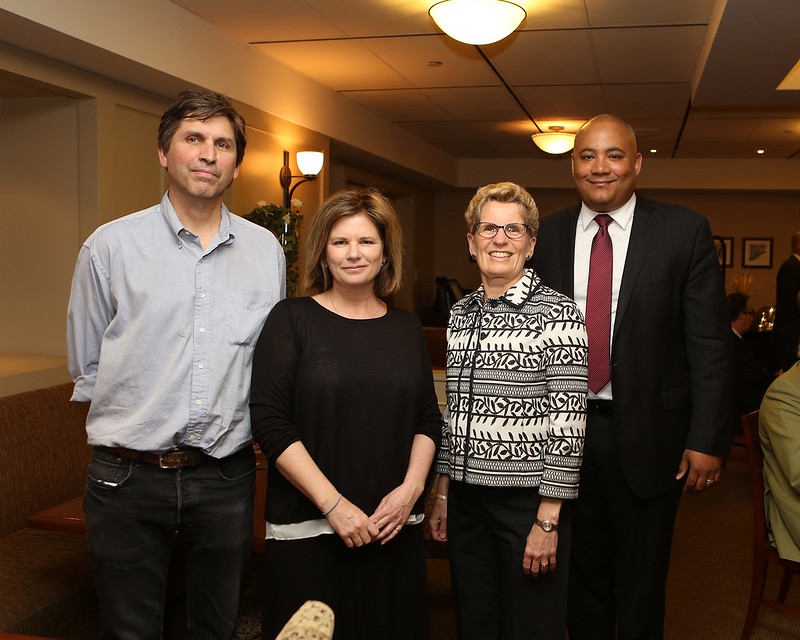 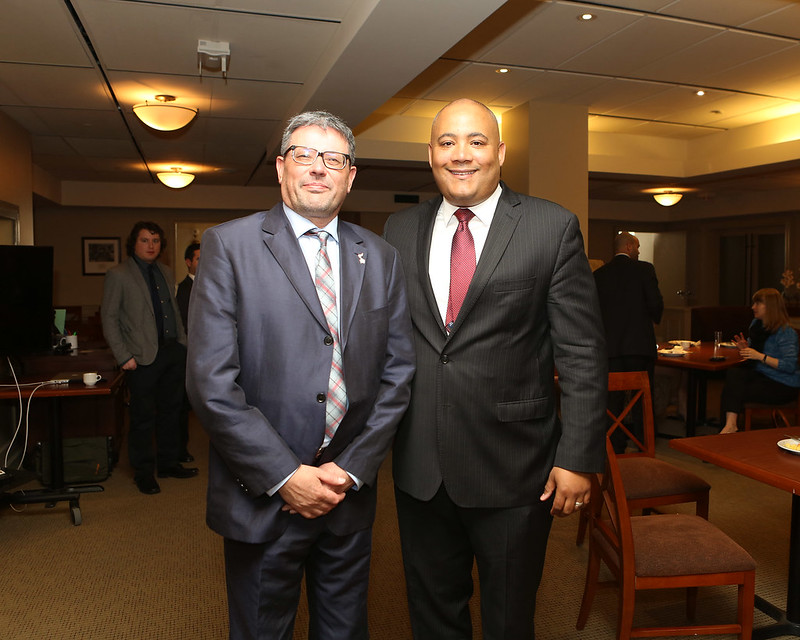 The Hon. Michael Coteau, Minister of Tourism, Culture and Sport, also spoke at the event, noting that Ontario generates more than 80 per cent of Canada’s total recording industry revenue, which is a competitive advantage for the province. 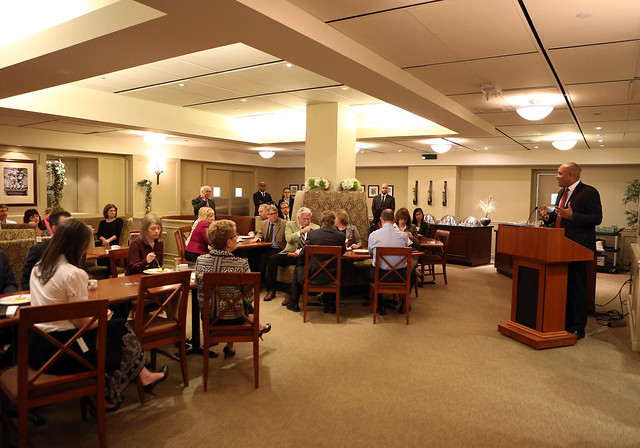 After the event, Steve Kane and Cowboy Junkies’ Margo Timmins and Michael Timmins sat in the gallery of the legislature for Question Period, where they were introduced in statements by Sophie Kiwala, MPP, Kingston and the Islands, and Bill Walker, MPP, Bruce-Grey-Owen Sound.

During the event, several MPPs took the opportunity to pose for photos with the inductees, which were shared on Twitter:

This morning I spoke with the Canadian Music Hall of Fame about steps Ontario is taking to grow our music industry. pic.twitter.com/WQcIAoK1tm