Today, IFPI released Connecting With Music, its 2017 consumer insight report with information from 13 of the world’s leading music markets. The report was created with data commissioned from Ipsos Connect, and provides a snapshot of the way music fans around the globe are engaging with recorded music. 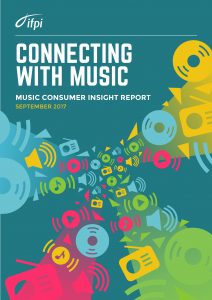 In 2017, Canada became the sixth largest recorded music market in the world, surpassing Australia, and Connecting With Music offers insight on how Canadian music fans’ listening habits compare with other markets and global figures.

Global trends highlighted in the report include:

Almost all Canadian internet users (99%) reported listening to licensed music, which is slightly higher than the global average of 96%.

Generally, Canadians are a little less engaged in licensed audio streaming (39%) than the average of global music fans (45%), and 46% of Canadians reported having paid for music in the last six months, compared to 50% globally.

Read how music fans around the world are listening to music in our report out today: https://t.co/3DWdn1LT1U pic.twitter.com/qvEOy7y8JA

Listening via smartphones is increasing

Despite high engagement with licensed music, piracy is still a significant concern

Stream ripping is considerably more prevalent among young people, with 43% of Canadians aged 16-24 reporting stream ripping, and a global average of 53% in the same age bracket.

Of those who reported downloading unlicensed music, 54% of global respondents reported also using Google to find it. That figure for Canadian respondents is 46%.

The Value Gap remains an issue

Though video streaming services like YouTube are the most popular form of on-demand music streaming, the revenue returned to music creators from plays on these services is much lower than other licensed music services. 86% of Canadian YouTube users, and 85% of global users reported using the service for music in the past month, translating globally to 1.3 billion users.

One quarter of Canadians surveyed said that they do not pay for a streaming subscription because “anything I want to listen to is on YouTube,” confirming that the Value Gap is very much an issue here in Canada.

We look at further evidence of the #ValueGap in our Music Consumer Insight Report – read more: https://t.co/3DWdn1LT1U pic.twitter.com/iBwwB1pFk6 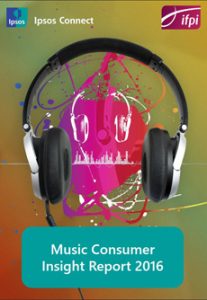