“We are thrilled to be back to celebrate the extraordinary careers of Beau Dommage, Bruce Cockburn, Neil Young and Stéphane Venne at this year’s ceremony at Massey Hall,” said Stan Meissner, Chair, Canadian Songwriters Hall of Fame. “These inductees truly highlight the depth and incredible legacy of the songwriting talent we have here in Canada.”

Tickets for the ceremony will be available to the public beginning on Friday, May 19 at 10am via Massey Hall’s website.

Government of Canada to provide $8.3 million in funding towards Massey Hall revitalization 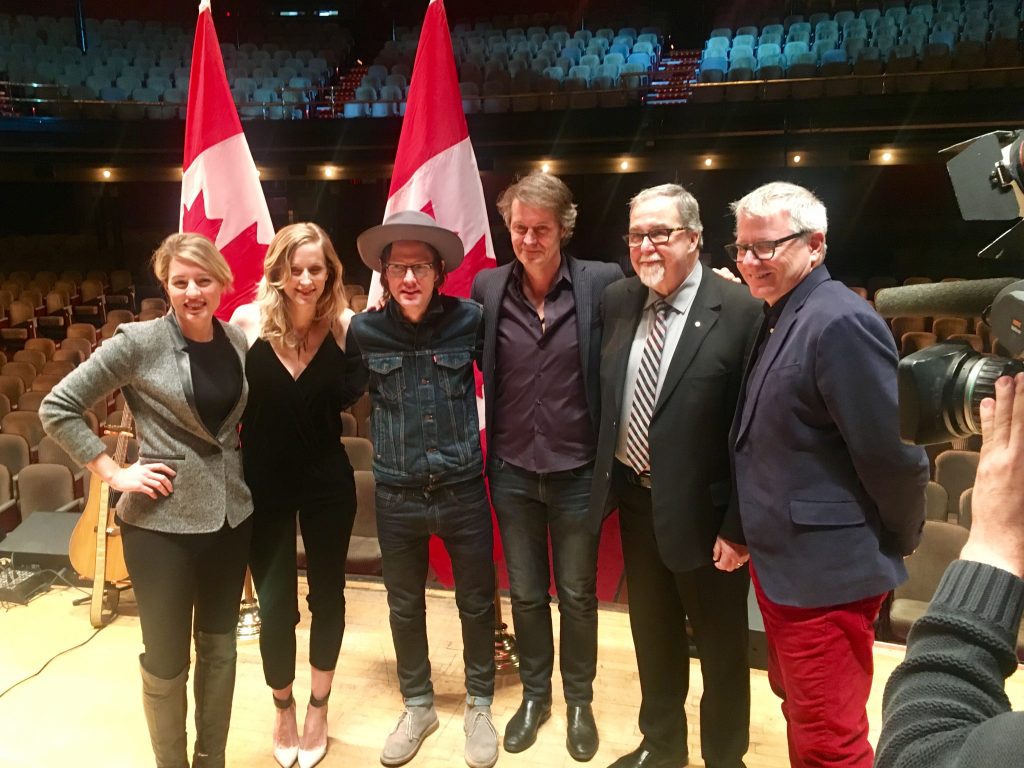 The Honourable Mélanie Joly, Minister of Canadian Heritage, was in Toronto Friday to announce The Corporation of Massey Hall and Roy Thomson Hall as a recipient of the Canada Cultural Spaces Fund. The Government of Canada will provide $8,330,000 to assist with the revitalization of the legendary Massey Hall, which will improve its accessibility, technical infrastructure and presentation environment.

“We are thrilled that the Government of Canada is investing in Massey Hall’s future through the Canada Cultural Spaces Fund,” said Deane Cameron, President and Chief Executive Officer, The Corporation of Massey Hall & Roy Thomson Hall. “This funding will help set the stage for the completion of the Massey Hall Revitalization Project to ensure that Massey Hall remains a home to showcase and cultivate our future leaders in arts, culture and beyond.” 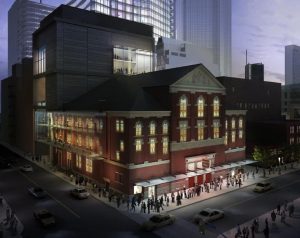 The Canada Cultural Spaces Fund launched in 2001 and receives an average of 137 applications each year. As of March 31, 2016, the fund has invested approximately $410 million in 1,381 projects in every province and territory.

“Investing in Canada’s cultural sector helps create jobs for the middle class, strengthens the economy, and ensures that Canada’s unique perspective is shared with the world,” said Minister Joly.

Also in attendance at the announcement was Spadina-Fort York MP Adam Vaughan, and musician Jim Cuddy of Blue Rodeo, who spoke to his experiences playing the infamous stage and the impact the venue has had on the City of Toronto. Joly also spoke to the venue’s presence in Toronto during her address, deeming it a “right of passage” for musicians from all over the world who grace its stage. Toronto-based duo Whitehorse closed out the event with a captivating performance.

Massey Hall opened in 1894, and the last major renovation occurred in occurred in 1948. Phase 2 planning of the revitalization is underway, and construction is set to complete in 2021.

The Corporation of Massey Hall and Roy Thomson Hall has announced that Deane Cameron has been appointed its new President and Chief Executive Officer, effective September 15, 2015.

The respected music industry executive will oversee all aspects of the Corporation’s management. With more than 40 years of experience in the Canadian music industry, including 24 as President and CEO of EMI Music Canada, Cameron has earned a reputation as a stalwart champion of Canadian culture. He has received some of the highest honours in Canada for his contributions to arts and culture, including an appointment to the Order of Canada, the JUNO Awards’ Walt Grealis Special Achievement Award, and the Canadian Country Music Association’s Hank Smith Award of Excellence.

“The Board are excited and pleased to have a person of Deane Cameron’s calibre to lead the Corporation at such an exciting time in our organization’s history,” said Richard Hamm, Chair of the Corporation of Massey Hall and Roy Thomson Hall Board of Governors, in a release. “We have full confidence that Deane will bring meaningful opportunities for audiences and artists alike on behalf of one of Canada’s premiere music and entertainment institutions.”

“I am honoured and thrilled to not only be a part of this iconic music company’s legacy, but to join the impressive momentum within the organization” said Cameron of the appointment. “The team is a creative force in the live entertainment world and this is truly a unique opportunity for me, as a proud Canadian, to explore and support all exciting ways that we can best serve the community through the revitalization of Massey Hall, new program initiatives on all of our stages, and beyond.”

“I have had the pleasure of working with Deane for many years, and I could not be more pleased to see such a passionate and proud supporter of Canadian creators assuming the helm at Roy Thomson/Massey Hall,” said Graham Henderson, President and CEO of Music Canada. “Deane’s passion for the promotion and development of Canadian artists is legendary.  From Anne Murray to Serena Ryder, Deane has worked with a galaxy of Canadian artists helping them to make their mark in Canadian music history.  He was not given the Order of Canada for nothing!  His knowledge of every facet of the music industry, gained from his years as President and CEO of EMI Music, will be invaluable as the Corporation continues to grow and reach out to new generations of Canadians.  It is, moreover, immensely gratifying to see that a Canadian has been entrusted with the stewardship of two of our beloved, cultural crown jewels.”

“Since the very early stages of my professional career Deane has supported and encouraged me, and he was there to celebrate with us when I made my headline debut at Massey Hall just over a year ago,” said recording artist Serena Ryder in the release. “Every artist knows that these are among the greatest stages a musician can aspire to anywhere in the world. I congratulate Deane on this announcement on behalf of all artists fortunate enough to work with him and know that music fans everywhere will benefit – because he’s one of us. A true music champion.”

Posted by The JUNO Awards on Wednesday, September 9, 2015

Congratulations to Deane Cameron, the new President and CEO of the Corporation of Massey Hall and Roy Thomson Hall. https://t.co/Kee40MPBbk

Superb choice. 1 of Canada's greatest music aficionados assumes helm of one of our greatest venues. @Music_Canada Marriage made in heaven.

Deane Cameron is the new president of Massey Hall and Roy Thomson Hall. Deane is a real music man, someone I’ve had the…

Nice new gig for Deane. The venues will be in great hands.