Yesterday, Music Canada President and CEO Graham Henderson unveiled our latest report, BC’s Music Sector – From Adversity to Opportunity, at an event at the historic Warehouse Studios in Vancouver. At the event, Premier Christy Clark announced a $15 million grant towards the creation of a BC Music Fund, which will be administered by Creative BC. The event also included remarks from Jon Garson, President and CEO of the BC Chamber of Commerce, Diamond-certified artist Michael Bublé, and Scott Johnson, Chair of Music BC. 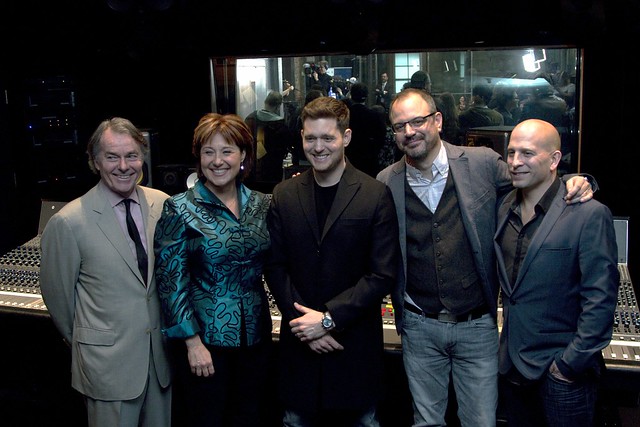 Henderson’s remarks on the BC Music Sector report are available below:

“My name is Graham Henderson, President of Music Canada.

The social media hashtag for this event is #musiccanhelp.

Welcome to the official launch of Music Canada’s study of the music industry in BC which we have titled “From Adversity to Opportunity.” A study perhaps long overdue given the importance of the BC music scene to Canada’s national and international identity.

Now, obviously, based on who is up here on this stage with me, we are here to do more than talk about the realm of possibility…about what could or might happen.

I think we are here to talk about action, about what IS going to happen. But we will need to wait a moment longer to hear about THAT.

Music Canada is a national organization that aspires to be a trusted source, a respected forum and an inspirational advocate for all things music. Our members, Sony, Warner and Universal are the folks who stand behind and funded this research. And we all owe them a debt of thanks for what is a very significant investment.

But it is the music community of BC who supplied the impetus, the motivation and the passion upon which our work was based.

And while the instigators are many, a few do stand out. My dear friend Garth Richardson who literally berated me on FB to stand up for the BC music scene. Bob Deith and Scott Johnson, Rick Baker, Patrick Aldous and the entire team at Music BC who laid so much of the groundwork and who supplied us with local wisdom and know how. Nick Blasko whose advice and connections were indispensable. And, of course Bruce Allen – what can I say – when Bruce Allen starts demanding your attention….well…I think we all know where that leads – ACTION!

We heard this message loud and clear from the over 100 music community leaders that we interviewed. Their opinions and recommendations form the basis of our report.

The genesis of the idea was simple yet daunting. Why not imagine, why not implement, a provincial programme which would take into account the vast changes that have swept through music’s ecosystem.

To do this requires us to change the way we think about music. In international surveys people repeatedly rank music as one of life’s supreme sources of pleasure and emotional power, says a recent NYT article. But a new MIT study goes further — apparently our brain gives more a specialized treatment to music than it does to speech itself. This clearly underscores the absolutely crucial importance of music education to the growth and development of young minds. Music also has a cohesive, healing potential – a subject which will be celebrated by Music Canada at our upcoming Global Music Forum at CMW in May where we will celebrate the pioneering work of Laura Hasler and Musicians Without Borders.

Musicians without Borders is a global network of musicians and music lovers based in the Netherlands that uses music to heal the wounds of war. They design community music projects around the world that help people deal with trauma, fear, isolation and the effects of conflict.

Music in a very real and meaningful sense can be said to be who we are as a species.

Studies undertaken by Music Canada demonstrate the importance of music to tourism, to education, to the diversification of municipal, provincial and federal economies. Music, as it turns out drives not just our culture, but our economy. We now understand that thriving music scenes attract and retain young, talented workers and the businesses that employ them. Music, in effect, can be the glue that holds communities together.

It is this aspect which is attracting the attention of Chambers of Commerce across the country, including our friends at the BC Chamber of Commerce, the “Voice of Business” in BC. We are so thankful to have the endorsement and support of the BC Chamber and it is a sign of the importance of music to the economy that Jon Garson is here and that the Chamber has partnered with us in this launch.

Our report has collected a wealth of wisdom from the people of BC. From those inside the music industry and in government itself. The report was in effect a collaborative effort with the government of BC. They were excited by what we were telling them and we were urged to press on and come up with recommendations.

Embracing our recommendations would help BC to:

We argue that BC does not just need a fund, BC needs a Music Strategy. BC needs to brand itself nationally and internationally as the music mecca that it is. BC needs to provide the policy framework to offer a turbo boost to that which it already has.

Our recommendations in this report are tailored to the specific needs of BC and are designed to position the province to compete in an increasingly global marketplace while also creating more opportunities for emerging BC artists to succeed and earn a living from their music.

We suggest in this report that a $15 million investment will produce an estimated total GDP impact of $73 million for BC’s economy.

Importantly, we believe more focus and funding on music education is a linchpin to this strategy. And in this regard our discussions with Minister Bernier have been fantastically encouraging.

Surely all of this suggests that music deserves special attention from policy makers. Surely you would think governments should respond to these new ways of understanding the importance of music. Surely governments should act! But, oh! People will tell you that governments do not move at the speed of business. That they are incapable of nimbly responding to the rapidly changing environment. That the bureaucracy of government is impenetrable – change takes years.

Well…..they are WRONG!! At least in the case of BC. At every point, our message has been embraced with enthusiasm by the government of BC and in particular by the Premier. We have received valuable guidance and advice. All of which has led to to where we are right now. Trembling in anticipation of what the Premier is about to tell us!

Now, before I turn the podium over to Jon Garson, President of the BC Chamber of Commerce who will introduce the person everyone REALLY wants to hear from, there is someone else I must acknowledge. And he is not here today only because he is performing a sold out show tonight in New York. And that is Bryan Adams.

From the first moment that Bruce Allen put me in touch with Bryan, it was clear that this was a cause he would embrace wholeheartedly. He has been a passionate supporter of our work and I can say without a hint of exaggeration that his involvement was pivotal. Bryan flew in especially to attend our reception at the Museum in Victoria. In addition to speaking, folks who were there will recall that he doubled as Jesse Roper’s guitar tech when a microphone failed. But what he said there I think reflects what this all about.

This is not about preserving the past, or even the now. This is about the future. Young musicians, he said, face a very different reality. There was a system, a “ladder”, if you will, that yesterday’s aspiring young musicians were able to ascend. Well that world has vanished and businesses, governments, and yes fans, need to think about how we can all work together to create a more congenial, and yes, PROFITABLE environment for our musicians. They must be able to earn a decent living as professionals. If music is one of life’s supreme sources of pleasure and emotional power, then we should all honour and support those who create it.

And with that said I will turn the podium over to Jon Garson who will introduce the premier.”